Maplewood Powers Past Corry For District 10 Class 2A Volleyball Championship 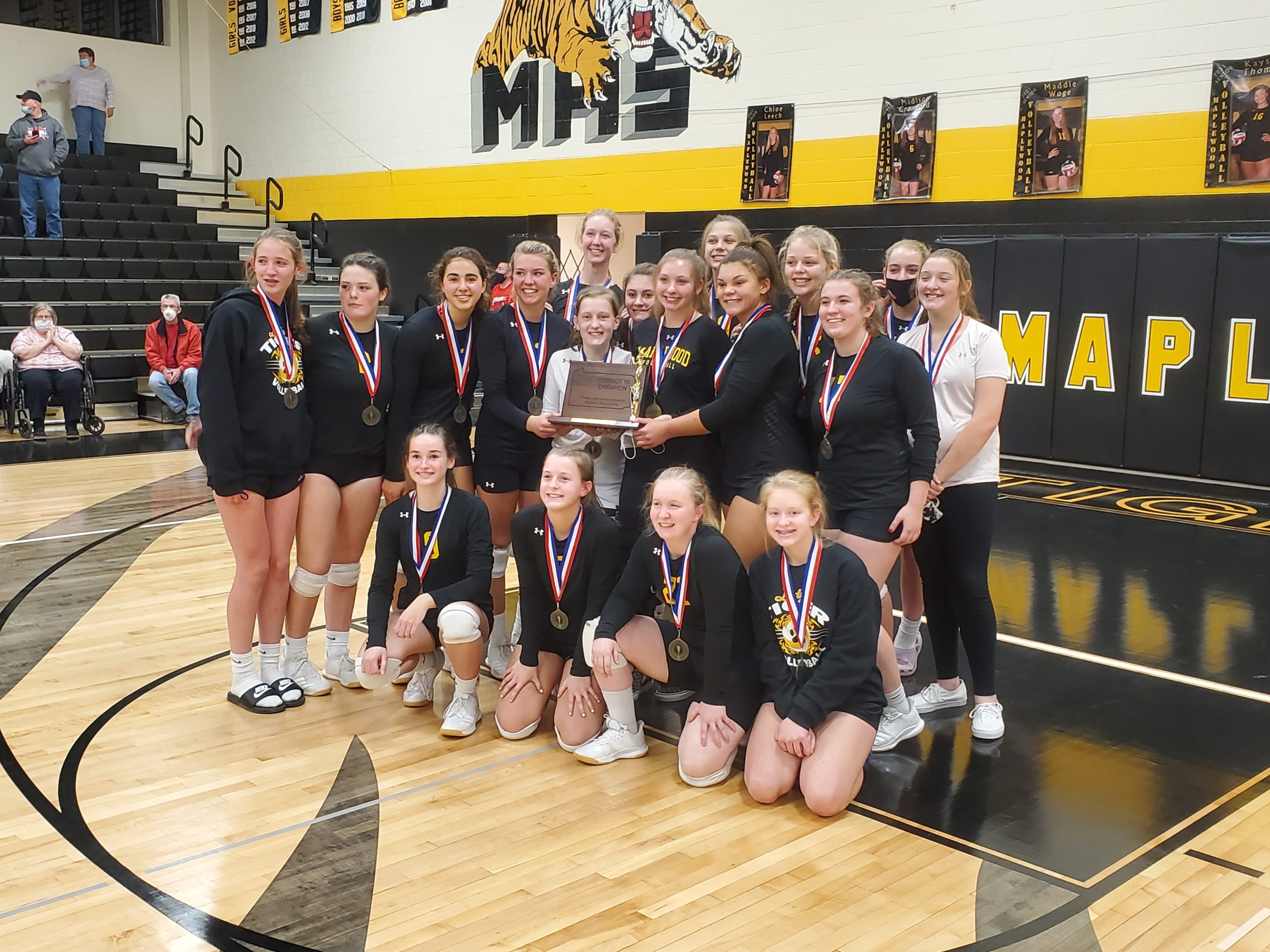 Corry had knocked them off each of the last two seasons in the D-10 title match.

“I thought the girls came out, they knew what they wanted, they had a mission from the beginning of the season and they knew this is what it was probably going to come down to,” said Maplewood coach Sheila Bancroft. “It was their year.”

The outside combination of Chloe Leech and Sadie Thomas, like it has been all year, was brilliant for the Tigers (20-2). The duo combined for 15 and 14 kills, respectively.

It was Leech early, notching three kills right off the bat to get  Maplewood going.

The Tigers jumped out to an early lead in the first set, but Corry clawed their way back to tie it 11-11, thanks to the strong play of Rachel Brady and Ciara Davis.

It was nip-and-tuck the rest of the first, with a Lindsey Mitchell kill getting Corry back within 21-20, but an ace from Chloe Cox and a pair of kills from Thomas closed it out.

“We rely on our two big outside hitters, but it’s a mixture of those sophomores and seniors,” Bancroft said. “We’re very balanced on passing and defense. It’s a great core of girls. We’ve had no problems all year with everything going on. We just work well together.”

Corry jumped out to an early lead in the second set, but it was short-lived.

The Beavers (15-8) rattled off the next three points, but was followed by a 9-1 surge by Maplewood.

“I am so proud of how this team played tonight,” said Corry coach Kelly Goodsel. “Our three seniors (Ciara Davis, Lindsey Mitchell, Allison Zackiewicz) played really well in their last high school match. It was the fourth D-10 championship match in their careers. Not many high school athletes can say that.”

Sadie Thomas and Kaysea Thomas both had a pair of kills during the set-clinching run, teed up by the strong setting of Bailey Varndell.

The third set went much like the first, with neither team gaining momentum until, with the scored tied at 13-13, Maplewood went on a 4-0 run.

“Corry has a great team,” Bancroft said. “We’ve met many times. Kelly (Goodsel) does a great job with those girls. We knew it was going to be a battle. They know us well, we know them well.”

Winning District 10 titles is nothing new for the Maplewood program, but there is no question this one was extra special.

“It feels great,” Leech said. “To be able to experience this in our home gym with our fans is amazing.”

Brady finished with 13 kills and three aces for Corry, while Taylor Elchynski had 17 digs.

“Just 90 days ago we weren’t sure we were going to have a season, we weren’t sure we’d get through the season,”Goodsel said. “To not only be able to play a full season, but to battle all the way to the District 10 finals… what a huge accomplishment.”

Maplewood moves on to play the District 6 champion (they are currently in the semifinal round) in the PIAA quarterfinals on Nov. 14.

“I told them last night, I said this would be a special one because you have overcome a lot of obstacles and with everything going on in the world, you kept your composure and you just wanted to play volleyball,” Bancroft said of what she told her team. “This one will go down in the books.”