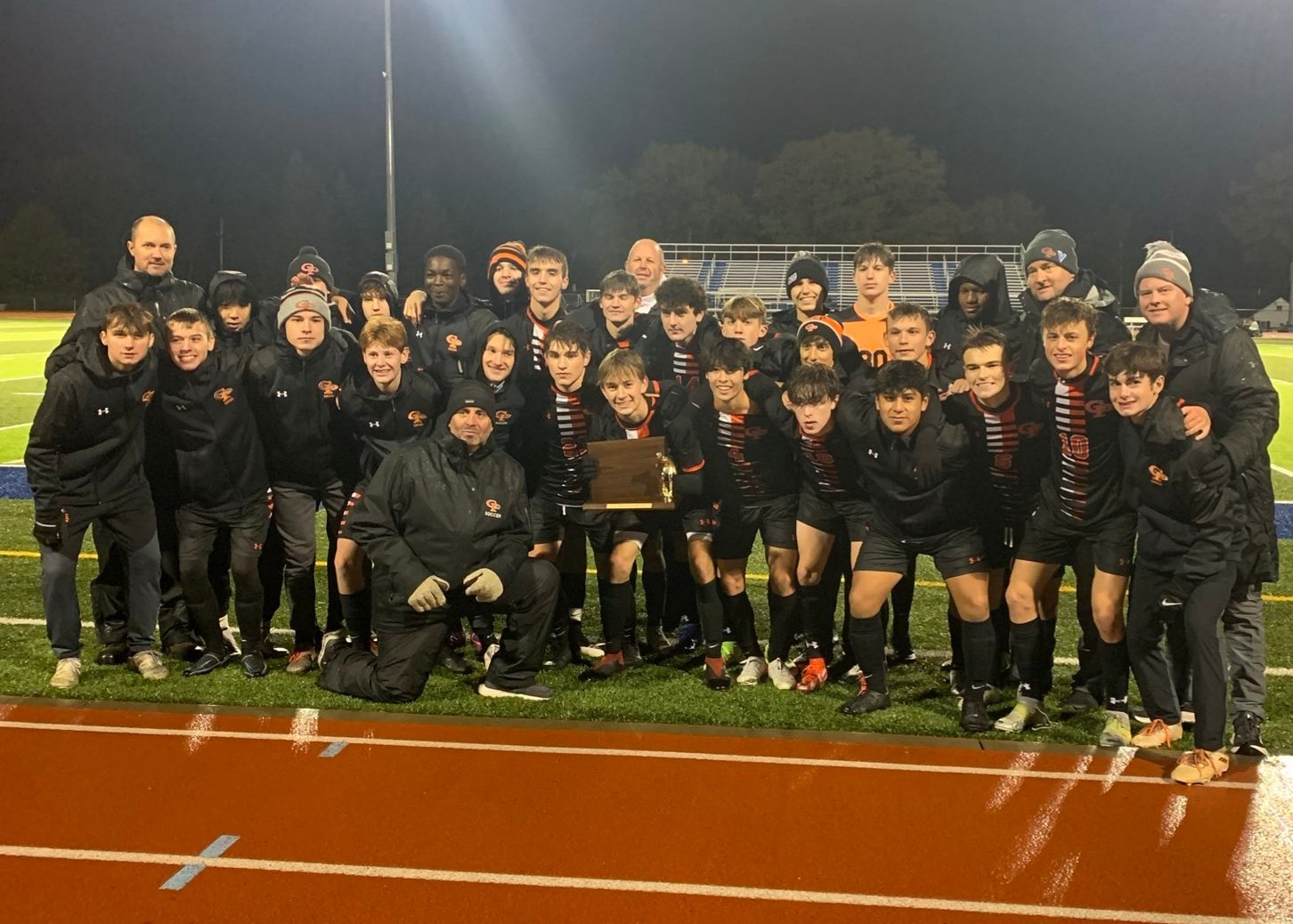 WATERFORD, Pa. – Top-seeded Cathedral Prep broke a 1-1 tie with a pair of second-half goals to beat Harbor Creek 3-1 for the District 10 Class 3A boys soccer championship on Tuesday.

The win marked the third this season for the Ramblers over the Huskies and was the eighth consecutive D10 crown for the program.

Luke Trocki gave Prep a 2-1 lead early in the second half and Noah Handzel provided the insurance for the Ramblers.

Tyler Chermack got the win in net.

Reese Johnson scored to open the game in the first half for Prep, but Harbor Creek, which beat Warren 2-1 in the semifinals, tied the game shortly after on a Justin Hakel goal.

The Ramblers will open the PIAA playoffs on Nov. 9 against the No. 3 seed from the WPIAL (either Franklin Regional or Plum).

The title is the second in a row for the Mustangs. It also marked a measure of revenge, as they had fallen to Wilmington twice during the regular season.

Mercer, which beat Sharpsville 8-1 in the semifinals, led 2-0 at halftime.

Max Ellis had the other tally for the Mustangs.

Wilmington had advanced via a bye into the title game in the three-team field.

Mercer will face the District 6 champion, either West Shamokin or St. Joseph’s (that game is Thursday) in the first round of the PIAA playoffs on Nov. 9.

MEADVILLE, Pa. – Ryan Dubiel’s shootout goal propelled Mercer to a 2-1 victory over Seneca (4-2 in PKs) in the District 10 Class 1A championship match.

Trailing 1-0, Dubiel tied the game for the Mustangs with 25 minutes to go, with neither team able to penetrate the scoreboard for the next 55 minutes.

Seneca had taken a 1-0 lead on Kendall Joint’s first-half goal.

The title was the second in program history for Mercer.

Mercer advance to play the No. 2 seed from the WPIAL, either Springdale or Freedom (that game is on Wednesday) on Nov. 9.

Nov. 2, 2021 District 9 and District 10 Volleyball and Soccer Playoff Scores
Brockway Wins Thriller in Shootout over ECC For D9 Class 1A Girls Soccer Championship
This website or its third-party tools process personal data.In case of sale of your personal information, you may opt out by using the link Do not sell my personal information.
×
Manage consent