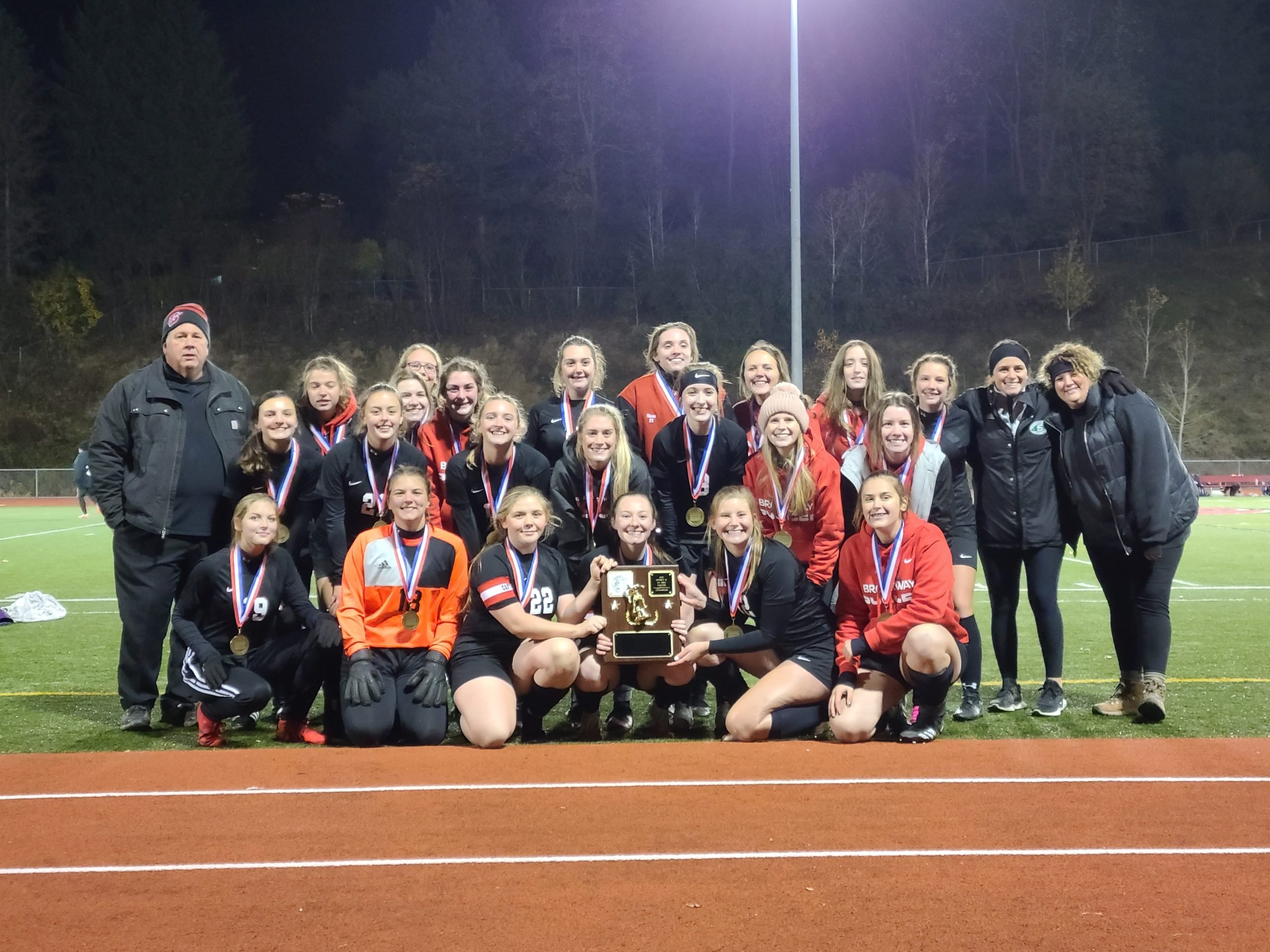 DUBOIS, Pa. – It was poetic justice for the Brockway Lady Rovers.

A year after losing to Redbank Valley in a shootout for the District 9 Class 1A girls soccer championship, they found themselves in the exact same position on Tuesday against Elk County Catholic.

This time, the result was a winning one for the Lady Rovers, as they earned a 3-2 victory, winning the penalty kick battle 3-1.

“We were ready,” said Brockway coach Juli Esposito. “We made sure they were ready for PKs. Obviously, you don’t want it to come down to that, it stresses you out, but we really practiced PKs. We took our top shooters, we went over everything to get ready for something like that, so I’m glad that we did and it paid off.”

The game was tied 2-2 after regulation, and two 15-minute overtime sessions didn’t yield a winner, so to the PKs it went.

In the first round, Brockway’s Danielle Wood (who came back after getting banged up in the second overtime) and ECC’s Elena Cerroni both converted, and the Lady Rovers’ Madalynne Heckman was true to begin the second round.

That’s when things turned, however, as Brockway keeper Josie Orinko stopped fellow net-minder Allison Geci, who was taking the shot for the Lady Crusaders.

Amanda Decker gave Brockway a commanding 3-1 lead in the third round, with Italia Cicone’s shot going wide for the Lady Crusaders.

The game and the championship went to Brockway moments later after Rylie Belsoe’s attempt rang off the post in the fourth round.

Brockway is your D9 champion! pic.twitter.com/I5RIj71qrz

“I was just hoping for the best,” Heckman said about the shootout. “We saw it last year and didn’t know what to expect. This year, we practiced it because of what happened last year.” Our keeper (Orinko) just won us that game.”

The game was a back-and-forth, physical battle right from the get-go.

Elk County Catholic had a pair of chances early in the first half courtesy of Cerroni and Belsole, but it was Brockway that struck first.

Bailey Allison played a perfect cross to Raegan Gelnette who did the rest, scoring just past the midway point of the first half (20:23) to make it 1-0 Brockway.

The Lady Crusaders continued to generate chances, as Cerroni and Belsole both put shots on net, but each time Orinko and the Brockway defense was up to the challenge.

ECC’s luck finally changed at the start of the second half, as Tami Geci found the back of the net just 5:03 into the second half to tie the score at 1-1.

“I think both sides were kind of worked up and felt some of the pressure,” Esposito said. “Even the coaches on the sidelines, everyone was getting really into it, which is good. I thought the refs did a good job of controlling the game. Both sides played very good soccer.”

Elk County Catholic’s momentum was short-lived, as Brockway took advantage of a corner kick with Amanda Decker, whose cross found Heckman, who did the rest, making it 2-1 Brockway.

Brockway retakes the lead at the 13:36 mark of the second half off this corner kick pic.twitter.com/kUZYpVF7T0

Geci had the answer, however, poking a ball past a diving Orinko at the 20:07 mark and clearing the goal line for a 2-2 tie, a score that held until the shootout.

“I thought we matched up with them pretty well,” Esposito said. “They have good players in areas where we match up with them pretty good. They have their strengths and we have our strengths. There weren’t a whole lot of weaknesses that we could try and expose. It just came down to who was going to play their best games, and obviously, it went to a shootout so I think both teams did very well.”

With the win, Brockway advances to play the District 6 champion, either West Branch or Bishop Guilfoyle (that game is Thursday) in the first round of the PIAA playoffs on Nov. 9.

“We’ll prepare as much as we can, go play some soccer and have some fun,” Esposito said.

Cathedral Prep Wins 3A Boys’ Soccer Crown; Mercer Boys, Girls Sweep Class 1A
Clarion’s Serving Plan Comes Together in D9 VB Semifinal Win Over Rival C-L
We use cookies on our website to give you the most relevant experience by remembering your preferences and repeat visits. By clicking “Accept All”, you consent to the use of ALL the cookies. However, you may visit "Cookie Settings" to provide a controlled consent.
Cookie SettingsAccept All
Manage consent