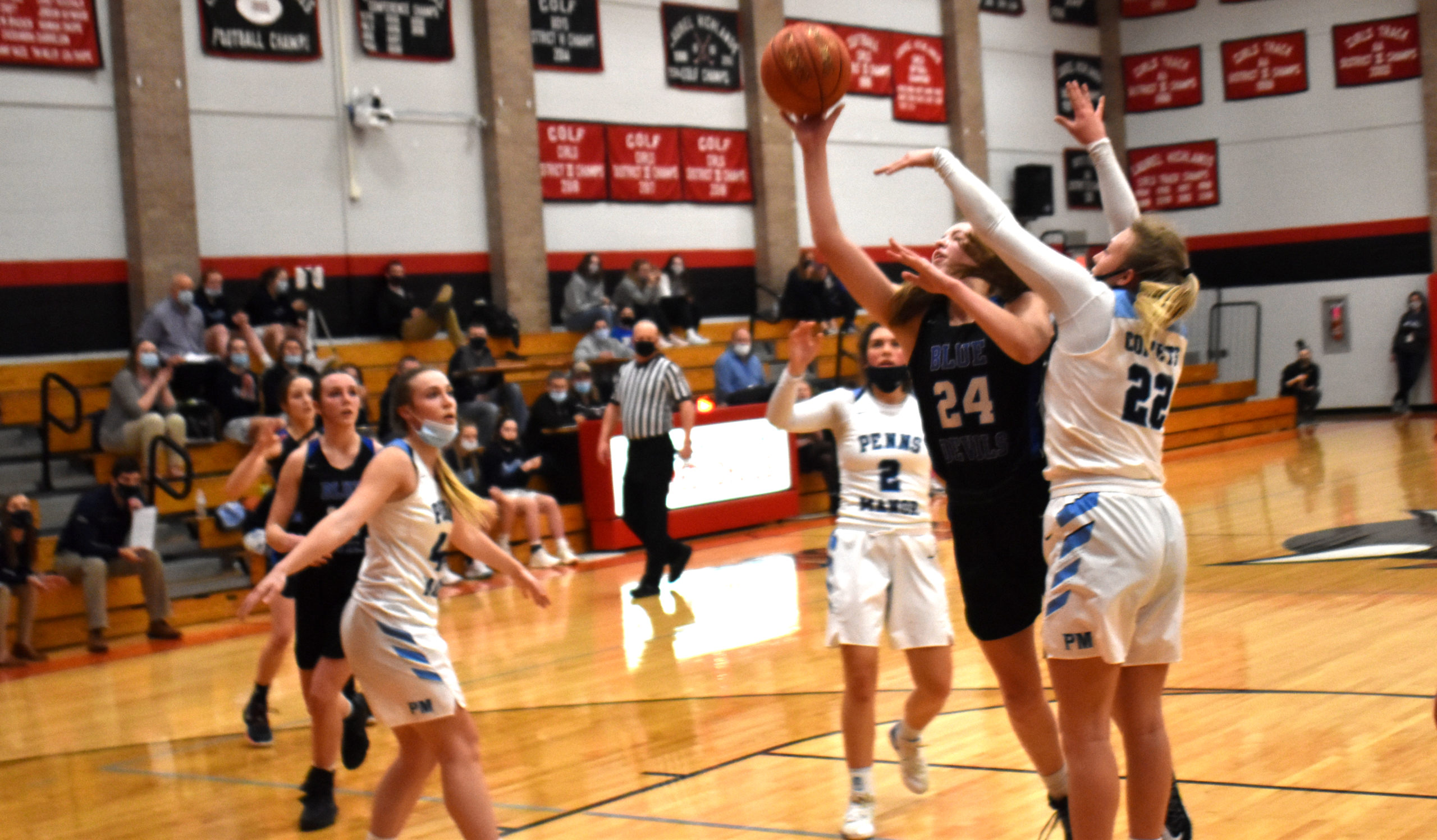 Cambridge Springs' Maddie Yanc goes up for a shot.

Cambridge Springs ran into a buzzsaw on Friday, falling to District 6 champion Penns Manor in the PIAA quarterfinals, 53-25 at Central Cambria High School.

“We’ve only seen somebody like this once and that was Villa and that was a long time ago,” said Cambridge Springs coach Ryan McKissock. “We told our kids we’re pretty good, good for our district, but we’re not this good yet. This was a great learning experience for us.”

Cambridge Springs’ Jordyn Wheeler goes up for a shot during Friday’s PIAA Class 2A quarterfinal game against Penns Manor.

The Blue Devils (18-4) captured their first District 10 championship in program history by knocking off 5-time defending champion West Middlesex, so there certainly is a lot to celebrate.

But Penns Manor, which was still playing when the COVID-19 shutdown hit last season, was on a different level.

It was 12-0 before the Blue Devils got on the board courtesy of a Maddie Yanc putback, but the Comets were already rolling.

The second quarter started much the same as the first, with the Comets going on an 18-0 run.

“You have to go through some hard times and you have to go through some growing pains,” McKissock said of his team, which will return its entire starting lineup next season. “This Penns Manor team was at this level last year when it got shut down, so they’ve been here and experienced this kind of stuff at the state tournament level. They’re senior-laden with some really talented players.”

The Blue Devils played much better in the second half. Outsourcing the Comets 19-11.

“They played hard in the second half and that’s what we’re going to hang our hat on,” McKissock said. “We’re very proud of our defense and the effort they gave. Just super proud of the kids. They’re great kids. They’re going to get right back at it because they want to get back here and win next year.”

With the win, Penns Manor moves on to play Neshannock in the PIAA semifinals.