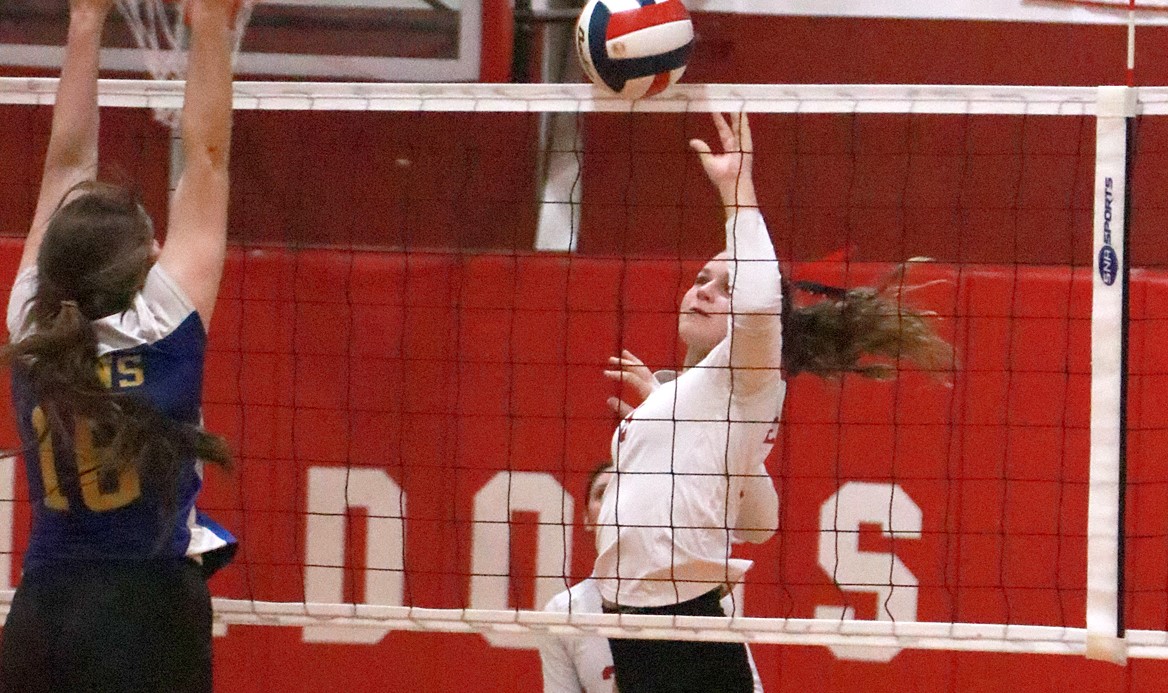 Addison Lucas and Talon King ran the offense for the Huskies with seven set assists apiece, while Elise Benim had five aces.

Izzy Bond and Taylor Ripple each added 11 kills for the Lady Bulldogs, while Mylee Harmon ran the offense with 36 set assists.

Gearhart had 11 kills, 11 aces, and eight digs for the Raiders who also got eight kills from Ava Murcko.

Kylie McAdoo led the defense for Reynolds with 14 digs, while Annie Loposky ran the offense with 18 set assists while adding five kills. Addie Floch served well and chipped in with a pair of kills.

Morgan Bercis led Jamestown with seven kills while adding 12 digs, while Taylor Keener ran the offense with 20 set assists while chipping in five kills, three digs, and an ace. Madison Bercis also had a kill and seven digs, Madilyn Enterline picked up four kills, 19 digs, an ace, and a set assist, Hayley Wood had 13 digs and a set assist, Hannah Hart three kills and a dig, and Josie Pfaff six kills, 20 digs, and two aces.

Khyi Peterson led the Bobcats on defense with eight digs, while Ava Guzowski had five digs and eight set assists.