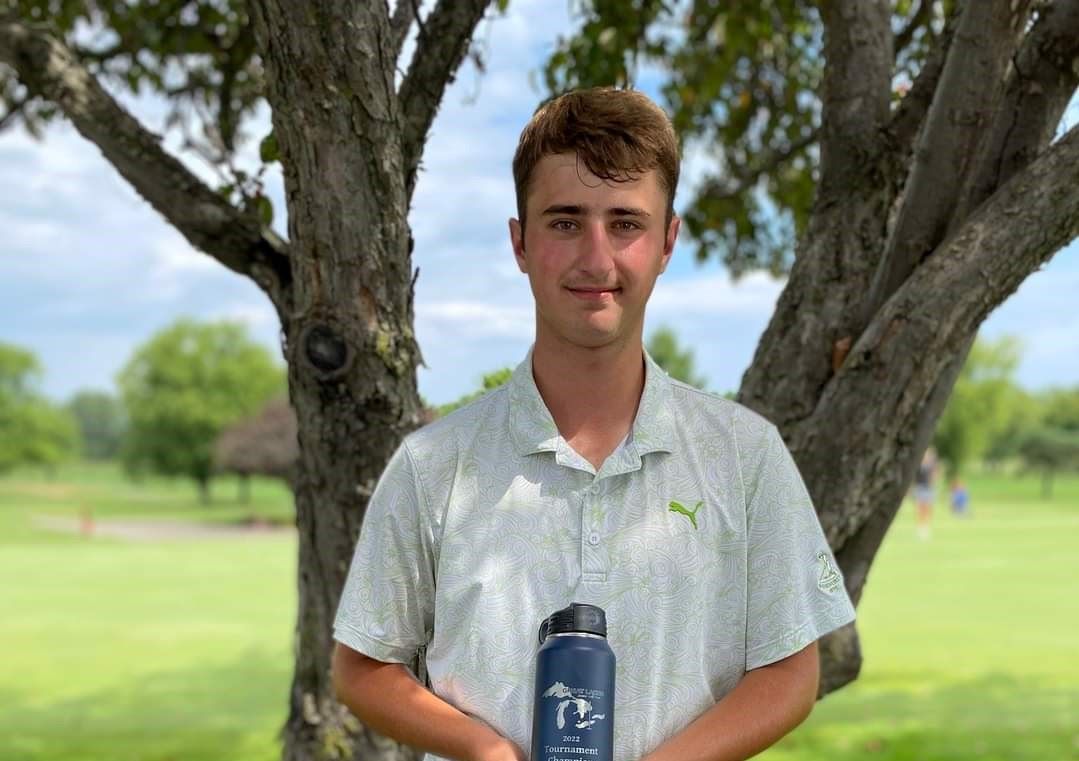 STATE COLLEGE, Pa. – Union City’s Josh James, the defending PIAA Class 2A boys’ golf champion, is the leader after round one of the 2022 championships, carding a 3-under 69 on Penn State’s Blue Course.

Included in James’ round were a pair of birdies as well as an eagle on the Par 4 11th hole.

James is one shot clear of Nick Ciocca (Devon Prep), with the final round slated for Tuesday (Oct. 18). Moniteau’s Jacob Felsing is the top District 9 golfer through Round 1 after shooting an 81 (+9), while Clarion’s Kameron Kerle is at +10.

There are a number of District 10 golfers that are in contention, including Slippery Rock’s Jacob Wolak, who is in a tie for sixth, two shots behind James after shooting an even-par 72.

On the girls’ side in Class 2A, North East’s Anna Swan is in second place, three shots behind leader Hannah Rabb (-2) of Warrior Run. Swan shot a 2-over par 74 on the Blue Course. Also in the top 10 heading into Tuesday’s final round are Hickory’s Sasha Petrochko (+4) and her teammate, Luciana Masters (+5), as well as West Middlesex’s Kate Sowers (+5) and Reynolds’ Zoe Stern (+10).

Clarion’s McKayla Kerle is shot an opening round 90, tops among District 9 girls in Class 2A.

The Class 3A championships are being played on the Penn State White Course, with Cathedral Prep’s Breckin Taylor in a tie for 11th on the boys’ side after shooting a 1-over par 73. Cedar Crest’s Dylan Ramsey is the clubhouse leader at -5, three shots clear of second place. Erie’s Kyle Westfall and Bradford’s Jacob Franz each shot a 7-over 79.

In Class 3A girls, Erie’s Elizabeth D’Andrea is in a tie for 16th after shooting an opening round84. Phonexville’s Kayley Roberts is in the lead after carding a 71 (-1).

With frost in the forecast, the start time for tomorrow’s final round has been pushed back to 9:30 a.m.