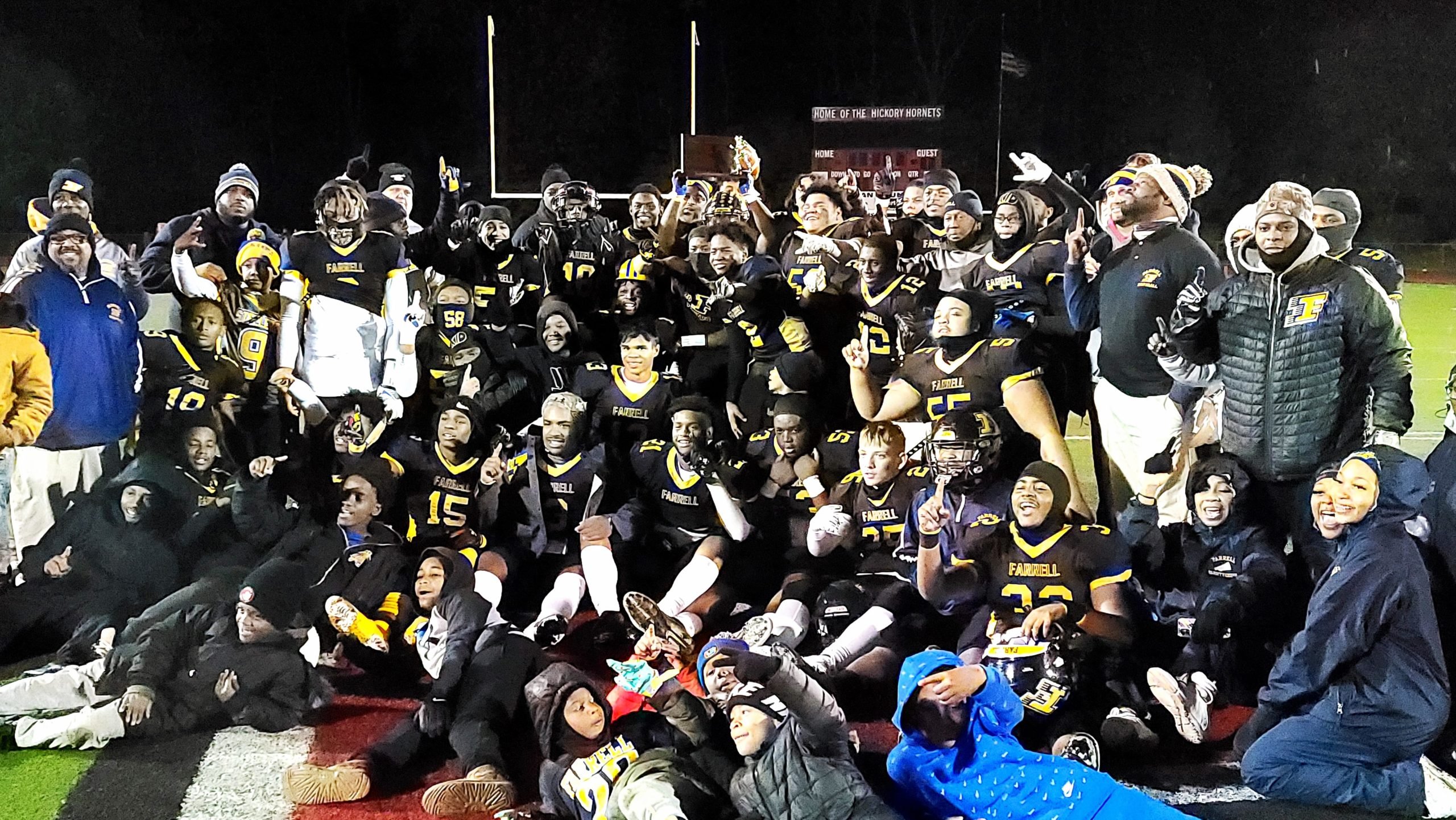 HERMITAGE, Pa. – Anthony Stallworth had a huge game on the ground, and Farrell’s defense stood tall as the Steelers claimed the District 10 Class 2A football title with a 48-6 win over Wilmington Friday.

Stallworth exploded for 323 rushing yards and four touchdowns on just 11 carries. On two runs in the second half, he had 179 yards and two touchdowns. Meanwhile, the Steelers’ defense limited the Greyhounds to just 74 total yards.

“It was great blocking by the offensive line,” Stallworth said. “They were opening up holes for me all night.”

“When you’ve got a defensive coordinator like Omar Stewart, he put those guys in the right position and they played well,” Pegues said. “They carried us tonight.”

While Stallworth stole the show, it was Kabron Smith who got things started for the Steelers with a 16-yard touchdown run to close out a 7-play opening possession and give Farrell a 6-0 lead in the first quarter.

Following a 3-and-out, Farrell got the ball back on the Wilmington 30 and, two plays later, Stallworth was in the end zone for the first time with a 30-yard run.

Wilmington took advantage of a Farrell miscue to start the second quarter.

The Greyhounds punted and the ball took an awkward bounce and off a Farrell player. Wilmington was able to recover the loose ball at the Farrell 2-yard-line and quarterback Tuff McConahy snuck in from the one to cut the lead to 14-6.

Wilmington recovered the ensuing onside kick, but a high snap on second down went over McConahy’s head for a 17-yard loss.

The Greyhounds pinned the Steelers deep in their own territory on the punt and a false start had Farrell in a 2nd-and-nine from its own nine.

Smith dropped back and fired a pass over the middle. Kylon Wilson made a leaping grab, twisted away from the defender and raced to the end zone for a 91-yard scoring strike. Stallworth ran in the 2-point conversion to make it 22-6.

Following a turnover on downs, Farrell tried to convert a 4th-and-21 inside Wilmington territory, but the Greyhounds poked the ball away from Trian Holden and set themselves up near midfield. Wilmington gave the ball right back on a fumbled snap, and Stallworth scored from 45 yards out on the next play to give the Steelers a 28-6 halftime lead.

Wilmington again pinned Farrell inside its own 20 on a punt, but again, the Steelers broke a big play. This time, it was Stallworth on an 82-yard TD run for a 34-6 advantage early in the third quarter.

The Greyhounds started to move the ball and again got near midfield, but a pair of penalties backed them up and forced a punt. A good punt coupled with a block in the back penalty again had the Steelers pinned deep. This time at their own three.

And again, Stallworth needed just one play to break them out. He made a quick jump cut at the line, then sprinted 97 yards to paydirt to extend Farrell’s lead to 42-6.

A Dwight Gregory-Allen interception gave the Steelers the ball back. On this possession, Farrell moved methodically down the field with an 8-play, 76-yard drive. Smith found the end zone for the second time, this one a 34-yard run to close out the scoring.

The Steelers will play District 8 champion Westinghouse, a 35-34 winner over Windber, in the first round of the PIAA state playoffs next week at a date, time and location to be announced.

Garing, Karns City Pound Their Way into D9 2A Title Game; Ridgway in Title Game for 5th time in 6 Years
D9and10Sport to Audio Broadcast Cochranton/Bishop Canevin & Clarion/Greensburg CC Volleyball Saturday, Nov. 13
This website or its third-party tools process personal data.In case of sale of your personal information, you may opt out by using the link Do not sell my personal information.
×
Manage consent