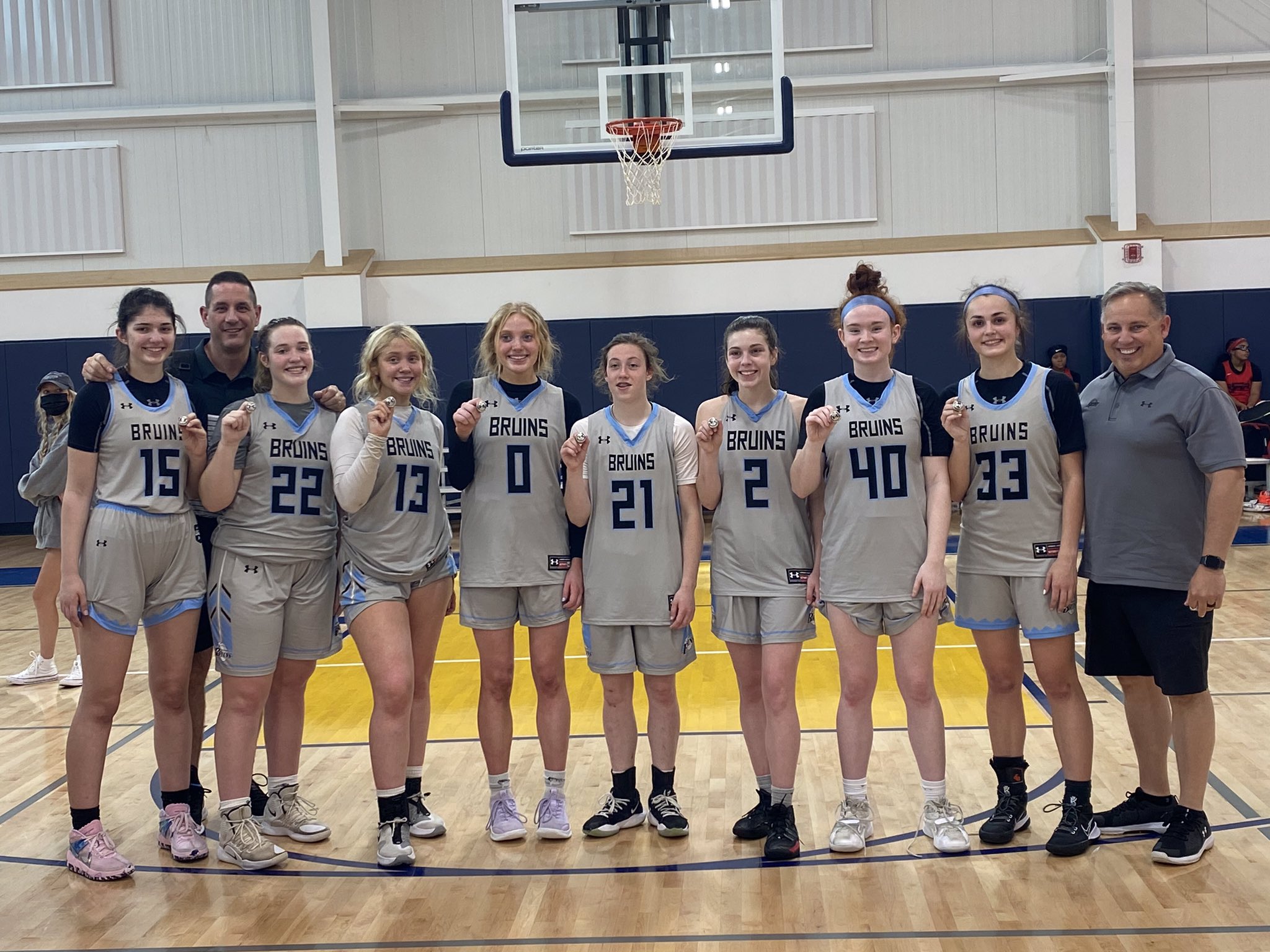 Warren's Emma Ruhlman (40), Lakeview's Reese Gadsby (2) and Kennedy Catholic's Bellah DiNardo (13) with the rest of their Western PA Bruins' 17U team this past season.

The Bruins have made Western Pennsylvania and specifically the Pittsburgh area their home, but they are looking to expand their reach, and District 10, specifically the Erie area seemed like a natural fit.

As such, they will be holding the Western Pa. Bruins 2021 Northwest Region Skills Combine on Saturday, Sept. 25 at ERIE Bank Sports Park, located at 8159 Oliver Rd. in Erie.

The camp will be broken down into three different age groups (4th-6th grade, 7th and 8th grade and 9th-11th grade). It will be 60 minutes of high-intensity skills and drills and 60 minutes of game play. Each session will also close with a 30-minute meeting detailing the future plans for the program. The cost is $25 and registration can be completed by going to www.wpabruins.org.

“We got approached by some coaches in the Erie area about coming to put on a clinic,” said Bruins’ Executive Director John Tate. “We were honored. We’ve been around 30 years in Western Pennsylvania and growth and expansion is just a natural next step for us.”

A pair of District 10 coaches, Fairview’s Aaron Garrity and Warren’s Lisa LaVan have daughters who have played for the Bruins, with Warren’s Emma Ruhlman, a senior, just committing to Hillsdale College in Michigan. Hope Garrity is a junior and still has another year to go with the organization, while younger sister Paige Garrity is in the Class of 2027.

“The Bruins are making a move up north and I think it is just what this area needs,” Aaron Garrity said. “It will give kids the opportunity to play for a national AAU program. The program focuses on developing skills, competing against the best competition and exposing their players in events where college coaches are in attendance.

“My two daughters are in the organization and they absolutely love it. I see first-hand just how special of an organization they are a part of within the Bruins. I encourage all that are able to attend the skills combine to do so. It will be a great day to get better as a player and also allow the parents to become more informed about the Bruins. I recommend you sign up today to become registered for this top-notch event.”

For Emma Ruhlman and other District 10 girls’ basketball players who want to play in college (she was teammates with Kennedy Catholic’s Bellah DiNardo and Lakeview’s Reese Gadsby), the competition is one of the driving forces.

“She (Ruhlman) walked in the gym and she wasn’t the best player on the court and that’s a good thing,” LaVan said. “Talking to John (Tate) about this and going to the next level, how amazing would it be to give this opportunity to more girls? We don’t have the quantity of depth of good players the WPIAL does, but who’s to say that we can’t get a great bunch of girls and with the proper training and proper organization that continues to build on D10’s talent and build it for years to come? Let’s expand and see what we can do.

“We knew it was the right decision, it was perfect. We would do it all over again without question. If you have a great thing, you don’t hide it.”

Erie High head coach Lance Brown is originally from Pittsburgh, and he too can see the benefits of the Bruins expanding.

“One of my best friends has coached with the Bruins for the past five or six years, if not more, coach (Cornelious) Nesbit. He’s also the head coach at Shaler,” Brown said. “I’ve talked to him about it, gone to some of their tournaments and watched his team play a bunch of times. I think they are the premier girls AAU program in the state and they do things the right way.

“It’s all about exposure for the girls. It’s just a special program. I think it’s great for the area. It gives girls who can legitimately play at that level a pipeline to play at that level. They send girls to college year after year after year. We do have those girls up here and it gives them an opportunity to play in front of the right people. It’s about exposure. It’s about getting kids in front of the right coaches and they can get to another level that they might not have gotten to.”

Job Listing: Moniteau School District Looking for Bus Drivers
Sponsored Content: The Rehab Centre in Brookville Now Open Three Days a Week to Serve Local Athletes
We use cookies on our website to give you the most relevant experience by remembering your preferences and repeat visits. By clicking “Accept All”, you consent to the use of ALL the cookies. However, you may visit "Cookie Settings" to provide a controlled consent.
Cookie SettingsAccept All
Manage consent