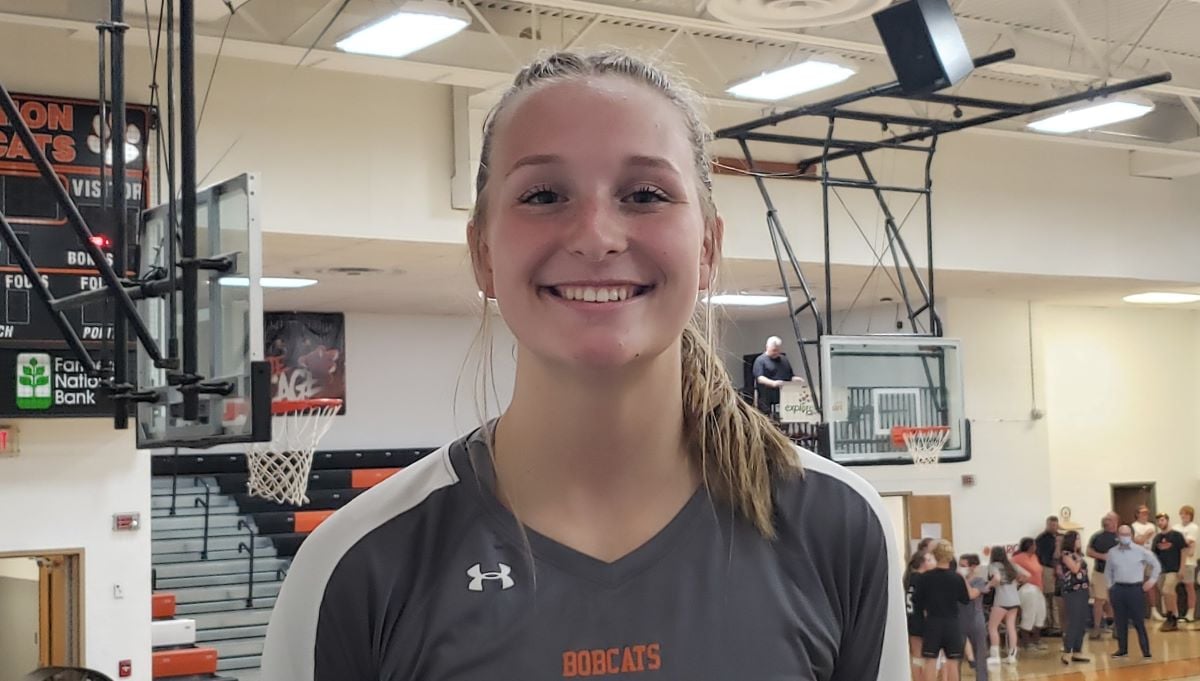 Burns, who was named the Allegheny Grille of Foxburg Player of the Match, set the tone early for Clarion recording nine kills in the opening set before picking up three more in the second set when Clarion used an 11-1 run to break a 12-all tie in the set.

Burns talked about her performance and the victory.

Makayla Monrean chipped in three kills for the Lady Bulldogs with Caylen Rearick leading the defense with 10 dgs.

Alana Brooks (25 digs) and Amya Green (20 digs) led the defense for the She-Wolves.

Amber Mauer led Karns City with seven kills, three digs, a block, and an ace, while Emma Johnson and Ashley Fox each chipped in with six kills. Fox also had 18 digs and three aces, and Johns added 10 set assists, a block, two aces, and nine digs.

Eden Galiczynski ran the offense with 22 set assists with Jess Pfaff pacing the defense with 10 digs.

Keira Croyle had five set assists and four aces for the Golden Damsels while Kennedy Vogle chipped in seven digs and an ace and Hailey Kriebel added four aces.

Alyssa Bakaysa led the Lady Tide with 12 kills, a block, and an ace, while Alaina Anderson ran the offense with 16 set assists to go with two aces and a kill.

Kasey smith added 10 kills, four blocks, three aces, a dig, and a set assist in the win for the Victors, while Sienna Dauer (21 set assists) and Willa Regal (16 set assists) ran the offense.

Katie Madigan had a double-double for Warren with 14 kills and 23 digs with Carly Beer adding six kills, 10 digs, and two aces.

Halee Mineweaser ran the offense for the Dragons with 27 set assists while adding eight digs and three aces.

On defense, Summer Lucks had 19 digs and Ellee Irwin had 10 digs.

Michayla Magee ran the offense for the Bears with 23 set assists, Abby Tingley led the defense with 14 digs, and Emma and Angie Hopson each had six kills.

Kam Fuller ran the offense for the Panthers with 21 set assists while adding six aces and Abby Kirday chipped in 11 digs.

Kennedy Beatty led the Big Red with nine kills and Carlie Beatty had seven. Emily Anthony and Caitlin Stephens each had 11 set assists.

Emma Stahl ran the offense for the Oilers with 21 set assists.

Sept. 7, 2021 Soccer Scores
Brockway Tennis Edges Bradford
We use cookies on our website to give you the most relevant experience by remembering your preferences and repeat visits. By clicking “Accept All”, you consent to the use of ALL the cookies. However, you may visit "Cookie Settings" to provide a controlled consent.
Cookie SettingsAccept All
Manage consent