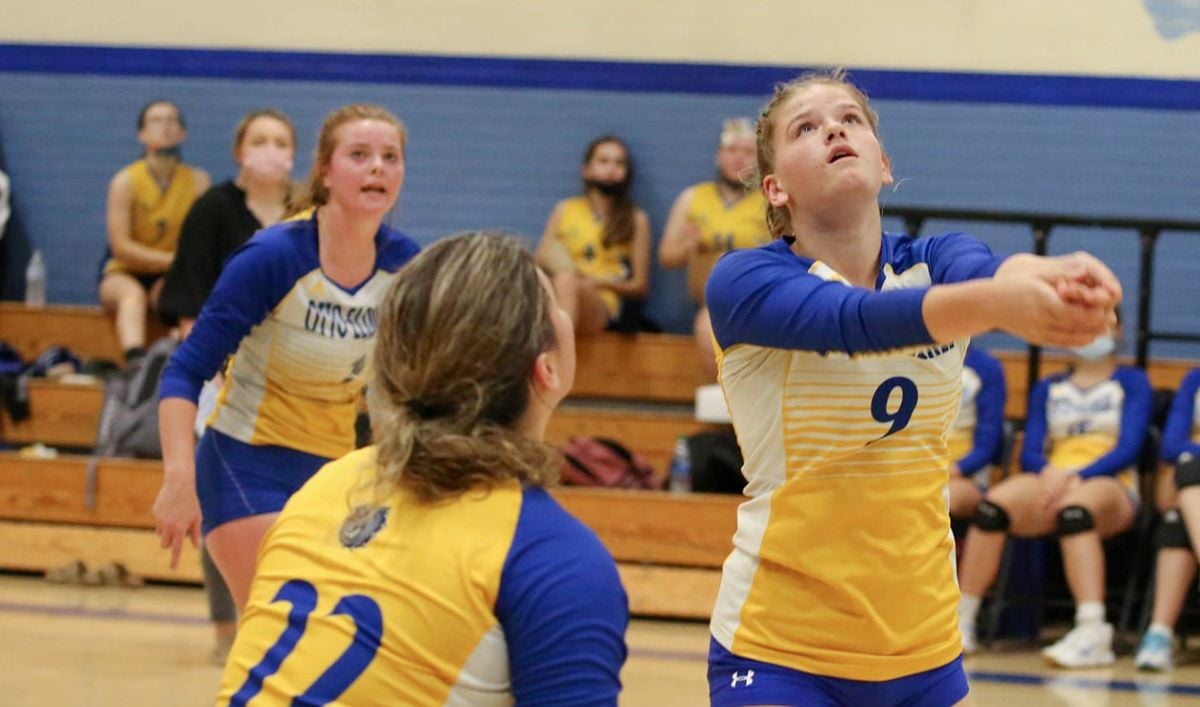 Photo of Otto-Eldred volleyball in action by Barb Close

Stewart completed a double-double with 12 digs.

Emma Parks and Kendall Sandrock each added eight kills for the Bulldogs with Sandrock recording 16 digs and Parks five aces and four digs.

Jessica Fox ran the offense for the Lady Owls with 15 set assists while Alexis Hardy had 35 digs/serve receives.

Also for Galeton, Olivia Rohrbaugh had 10 digs and Mikayla Schott had eight digs.

Ava Wahlers led Lady Falcons with 15 kills with two digs and an ace with Emilee Ruter had 19 digs and three kills.

Ferringer led the Berries with 11 kills while adding three aces and Anderson had nine kills and three aces.

Alyssa Bakaysa had a team-best 11 kills for the Lady Tide while adding a block and an ace while Janessa Snyder had seven digs and two kills and Jorja Fleming five aces and three kills.

Myka Costanzo got to 39 balls on defense and also had two aces while Jayna Johnson ran the offense with 23 set assists while adding a kill.

Also for the Green Wave, Jadyn Brabham added 10 kills, three aces, three digs, and a block and Praylan Perkins had six digs, two aces, a kill, and a block.

Alyn Thomas paced Smethport with four kills, six blocks, two aces, and a dig, Baylee Fitzsimmons got to 16 balls on defense while adding an ace and a kill, Kaylee Swanson had four digs, three kills, an ace, and a block, and Madi Faes had 10 set assists, a dig, and ace.

Olivia Bender had seven kills for the Lady Bison in the loss while Ruby Singleton added six kills and three blocks.

Also for the Bison, Audrey Friedman had five kills and Becky Whitman and Katie Proctor each had six digs.