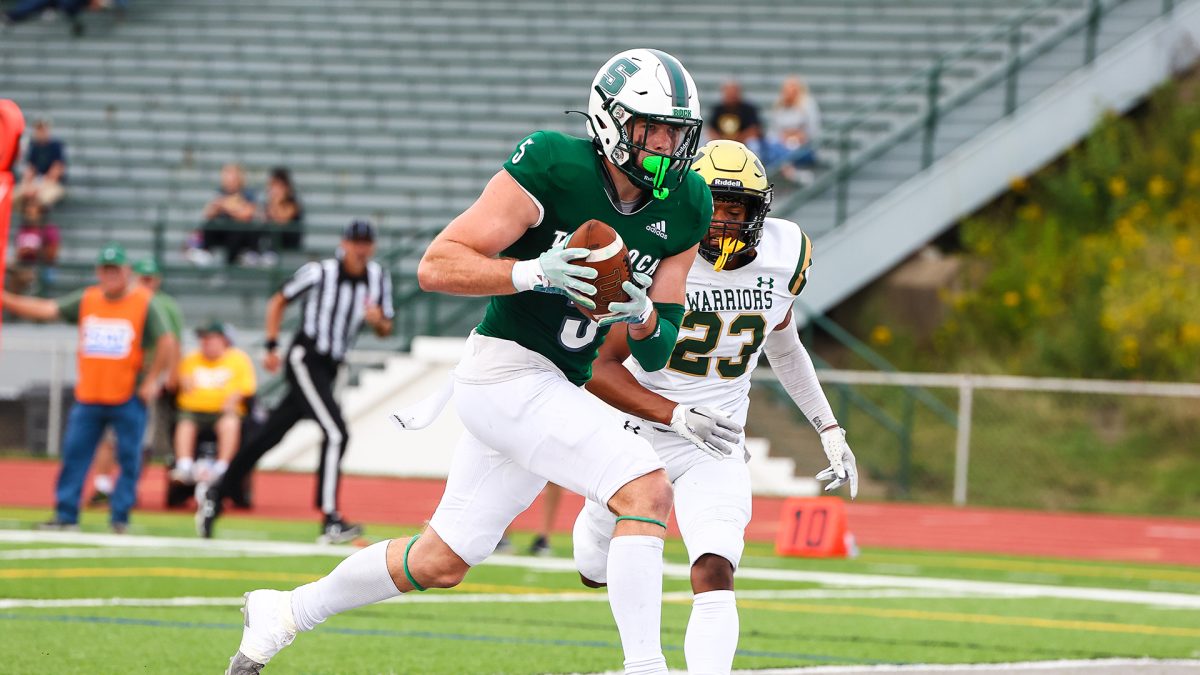 The Rock improve to 4-0 for the third straight season and open divisional play with a 1-0 record. Seton Hill slips to 0-4 overall and 0-1 in PSAC West action.

The Griffins got on the board first Saturday night after a pair of early sacks, including one in the end zone for a safety that made it 2-0 with 8:36 to play in the first quarter.

It was all Slippery Rock from there, as The Rock defense put together a dominant effort and posted a shutout against the Seton Hill offense. SRU rattled off 30 unanswered points to pull away for a comfortable victory.

CLARION, Pa. — Gannon opened PSAC West action in impressive fashion with a 47-24 win on the road at Clarion as Fort LeBoeuf grad Eric Scarpino made field goals of 22 and 19 yards.

It marked the third straight season Gannon opened conference play with a win, all against Clarion. The offense was near unstoppable all day while posting one of the biggest days in team history, while after a slow start, the defense settled down to shut down the Golden Eagles.

Clarion true freshman Griffin Buzzell of Meadville, the 2021 D9and10Sports.com Defensive Player of the Year, led the Golden Eagles with 10 tackles, while Brockway grad Jarrett Esposito made a 39-yard field goal.

INDIANA, Pa. – IUP football took control in the second half during a 33-16 victory at Miller Stadium in the PSAC West opener for both sides. Cathedral Prep grad Jaheim Howard had four tackles for IUP in the win.

IUP (3-0, 1-0) continued its traditional success in PSAC West openers, pushing its record to 37-2 in division openers since 1983. The Crimson Hawks have won 10-straight PSAC West openers and have won 11 consecutive against Mercyhurst (2-2, 0-1).

The Vulcans scored first on the opening possession of the game on a 49-yard run by Eric McKan. They extended the lead to 14-0 when Noah Mitchell connected with Malik Langley for a 12-yard score at the 9:33 mark of the first.