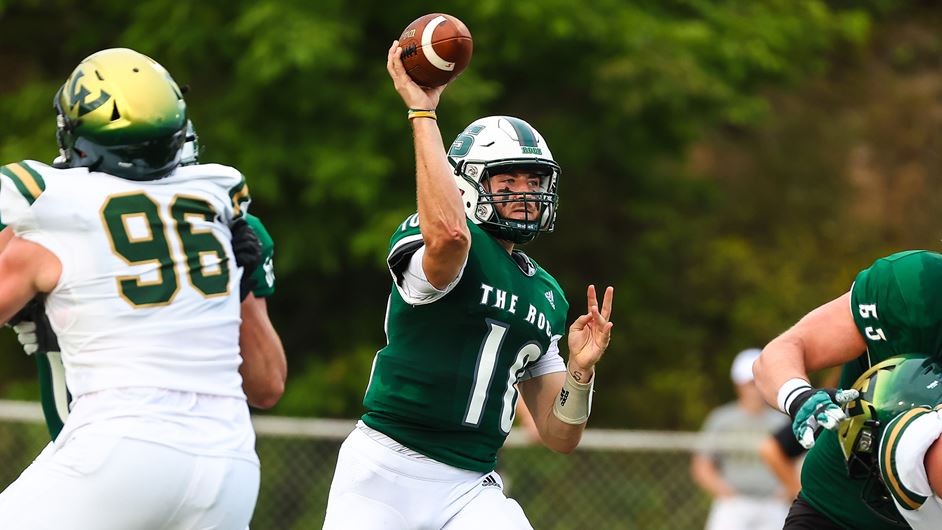 WACO, Texas – Pitt rose two spots to No. 14 in the AFCA USA Today Coaches Poll following a 38-31 win over West Virginia in the Backyard Brawl on Thursday.

Notre Dame, meanwhile, fell four spots from No. 5 to No. 9 following a season-opening loss at No. 3 Ohio State on Saturday.

Penn State remains just outside the Top 25 after a season-opening 35-31 at Purdue on Thursday. The Nittany Lions are second in the “Others Receiving Votes” category and No. 27 overall with 138 votes.

In the Associated Press Top 25, Notre Dame is No. 8, Pitt No. 17 and Penn State just outside the poll.

Both California University and Slippery Rock moved up in the Division AFCA Division II rankings after Week 1 victories.

IUP is in “Others Receiving Votes

While no Presidents’ Athletic Conference teams made the Week 1, D3football.com Top 25, Carnegie Mellon, and Washington & Jefferson are in the “Others Receiving Votes” category.

Edinboro Grad Pullo Named Softball Coach at Clarion
Weekly College POW Roundup: Nola Claims Honors for Behrend as Winners Named in PSAC, AMCC, PAC
This website or its third-party tools process personal data.In case of sale of your personal information, you may opt out by using the link Do not sell my personal information.
×
Manage consent