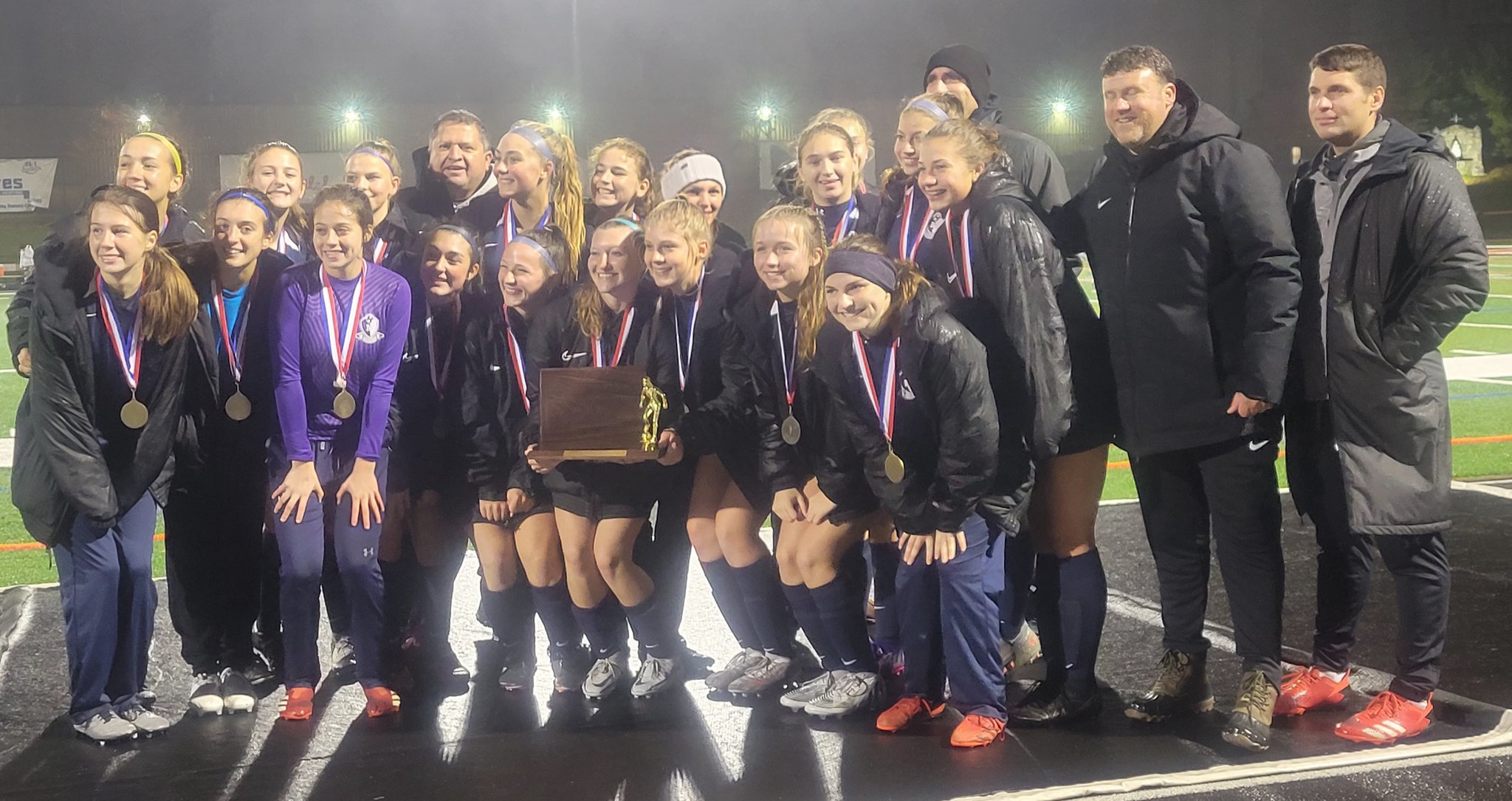 Four different McDowell players scored as the Trojans earned a 4-0 win over Erie High to claim the Class 4A crown.

In the second half, it was Braeden Martin finding the back of the net, followed by an Owen Peterson penalty kick with 14:55 to play.

With the win, the Trojans move on to play the District 8 champion in a PIAA subregional on Nov. 1.

The McDowell, girls, meanwhile, were equally dominant, securing a 6-0 win over Erie to capture their 23rd District 10 title.

The Trojans built a commanding 4-0 lead at halftime on goals from Grace Emanuel, Carmel Frenn, Trinity Bennett, and Abby Faulhaber.

Jenna Ellsworth made it 5-0 McDowell just three minutes into the second half, and Emanuel put the finishing touches on the victory with her second goal of the game later in the half.

The Lady Trojans also advance to play the District 8 champion in a PIAA subregional on Nov. 1.

BRADFORD, Pa. – Jake Franz had a hat trick to send No. 2 seed Bradford past No. 3 DuBois and into the District 9 Class 3A championship game.

Franz scored in the sixth minute and twice more in the second half in the 48th and 75th minute for the Owls.

Mitch Strauss, who assisted on Franz’s second goal, also scored in the 78th minute to put an exclamation point on the win for the Owls.

With the win, Bradford advances to play top-seed Clearfield in the D9 title game on Nov. 1 (Tuesday) in Brockway.

MEADVILLE, Pa. – Nick Kingerski’s goal with just under nine minutes remaining proved to be the difference as Slippery Rock earned a 2-1 win over Warren in the Class 2A quarterfinals.

Kingerski’s header off a corner kick from Gavin Siegfried gave the Rockets a 2-0 lead.

It proved to be an important insurance goal, as Jack Darling scored just two minutes later to make it 2-1.

Hunter Berry scored broke a scoreless tie 60 minutes into the match to make it 1-0 Slippery Rock.

With the win, Slippery Rock advances to play Mercyhurst Prep in the semifinals.

MEADVILLE, Pa. – For the second time in as many seasons, Fairview knocked off Grove City in overtime, this time in the Class 2A quarterfinals.

Michael Gennuso, who has had quite the stretch, knocked in the game-winner for the top-seed Tigers. Gennuso also had a walk-off field goal for the Tigers’ football team against North East last week.

After a scoreless first half, No. 8 Grove City got on the board just under five minutes into the second half, as Caleb Baumgartner’s shot found the back of the net.

Fairview tied the game up midway through the second half on Zach Scott’s goal off a Sebastian Wright assist.

With the win, Fairview advances to play Harbor Creek in the quarterfinals.

WATERFORD, Pa. – Kenny Zacks scored a pair of goals to help No. 2 seed Mercyhurst Prep to a win over No. 7 General McLane.

Mercyhurst Prep, which led 1-0 at halftime, also got a goal from Eric Gamboa off a Zacks assist.

Landon Spero got the shutout in net for the Lakers.

WATERFORD, Pa. – Less than a week after dropping a 1-0 decision to North East in their regular season finale, Harbor Creek turned the tide, earning a 1-0 win in the Class 2A quarterfinals over the Grapepickers.

Ben Wolfe scored the lone goal of the game.

KARNS CITY, Pa. – Karns City is headed back to the District 9 Class 1A championship game following a 2-0 win over Forest Area.

Hanna Dailey and Cece Morrow had the goals for the Lady Gremlins.

Emma Dailey and Lyrik Reed each had an assist for Karns City, which will play Brockway for the title (TBA).