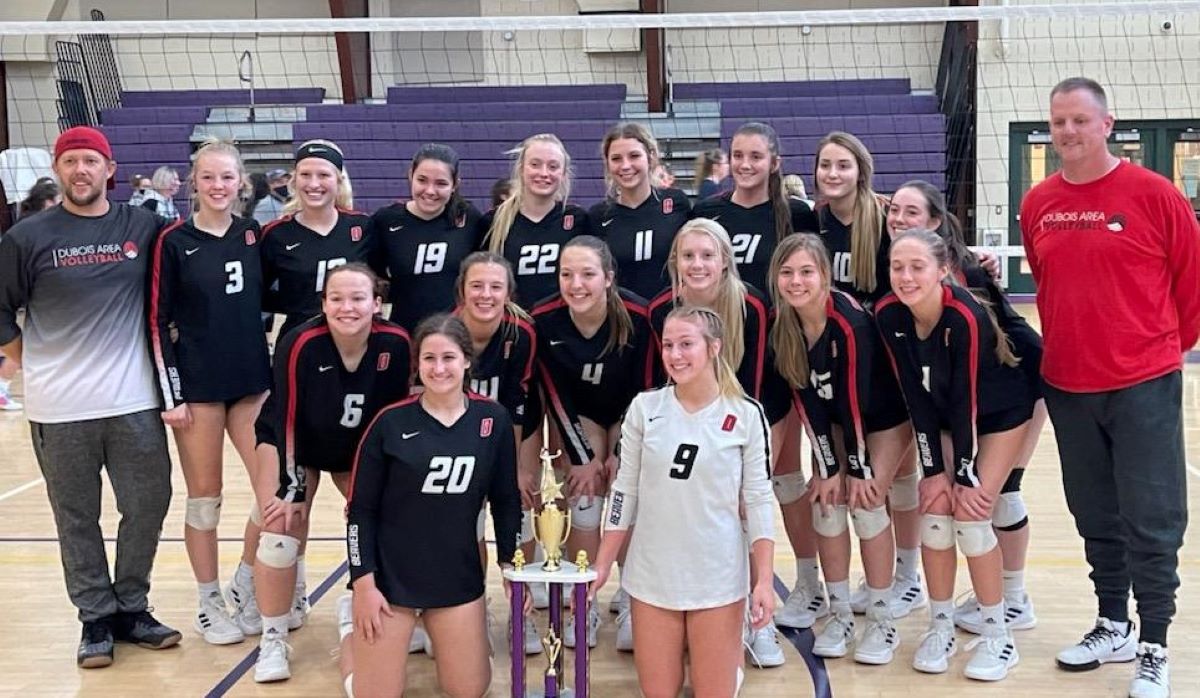 DuBois won the OLSH Tournament Saturday by beating the top-ranked team in the state in Class 2A, Philipsburg-Osceola, in the championship set

CORAOPOLIS, Pa. – DuBois knocked off the top-ranked team in the state in Class 2A, Philipsburg-Osceola, to win the Our Lady of Sacred Heart volleyball tournament Saturday.

The Lady Beavers defeated the Mountaineers, 25-21, in the one-set final to claim the tournament championship.

DuBois went into the playoffs of the 13-team tournament as the No. 2 seed and beat Laurel, 25-17, in the quarterfinals, and OLSH, 25-22, in the semifinals. The playoffs were all one-set situations.

The Lady Beavers will be the top seed in the upcoming District 9 Class 3A tournament after going 14-1 during the regular season with the only loss coming against Clarion, the defending PIAA Class 1A champions, who are ranked No. 1 in the state in Class 1A after enjoying an unbeaten regular season.

Jocelyn Teresi chipped in eight kills for the Trojans while Sarah Boyd had 13 digs.

Jenna Kulka ran the offense for the Lancers with 11 set assists.

Elliot Schleicher ran the offense for the Bulldogs with 31 set assists while adding 13 digs.

Sienna Dauer ran the offense for Villa Maria with 26 set assists with a hand from Willa Regal, who had 10 set assists.

Oct. 23, 2021 Soccer: Greenville, Fairview Girls Get Opening Round Wins
Ridgway Girls Soccer Coach Greg Maddalena Passes Away
We use cookies on our website to give you the most relevant experience by remembering your preferences and repeat visits. By clicking “Accept All”, you consent to the use of ALL the cookies. However, you may visit "Cookie Settings" to provide a controlled consent.
Cookie SettingsAccept All
Manage consent