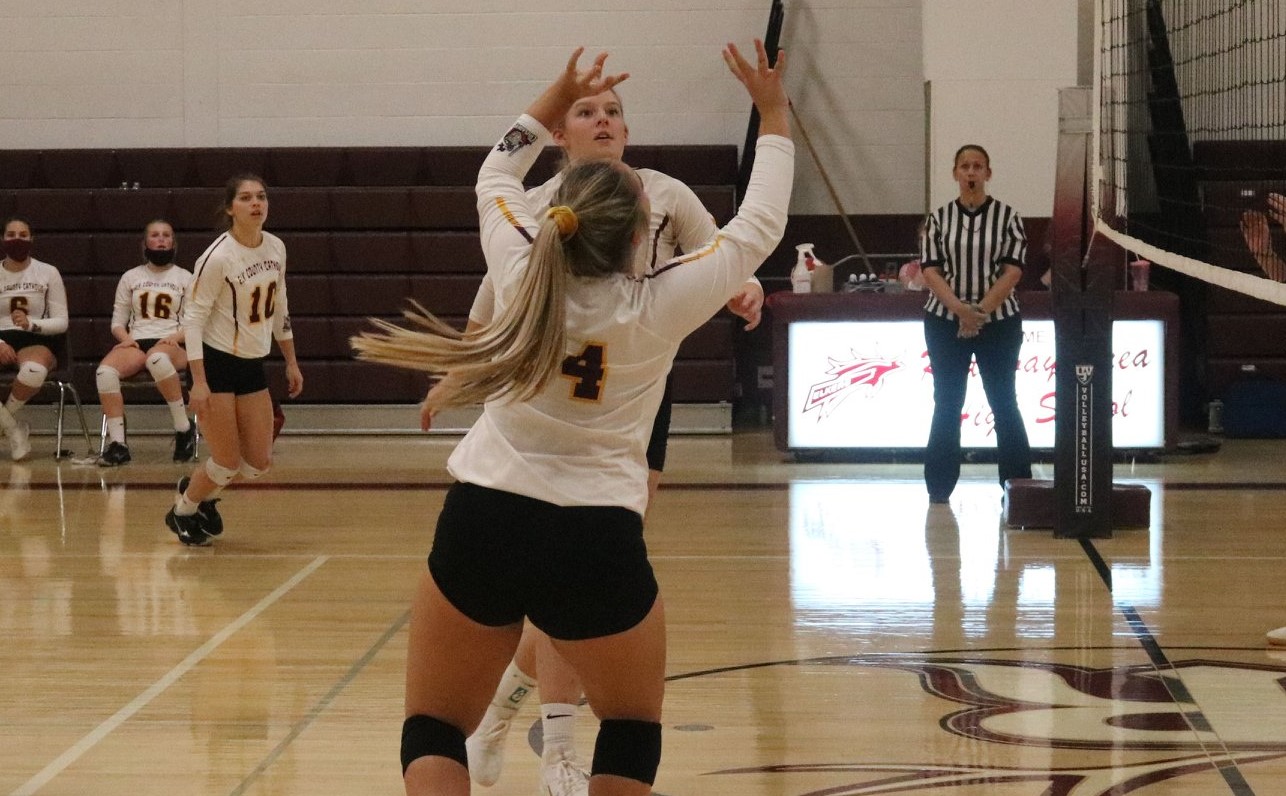 Julia Aikens added nine kills, an ace and a block for the Lady Crusaders who also got eight kills and three blocks from Brooke Bauer, seven kills and a block from Maddie Marzullo, and 24 digs from Tami Geci.

Moira Stanisch ran the offense for ECC with 31 set assists.