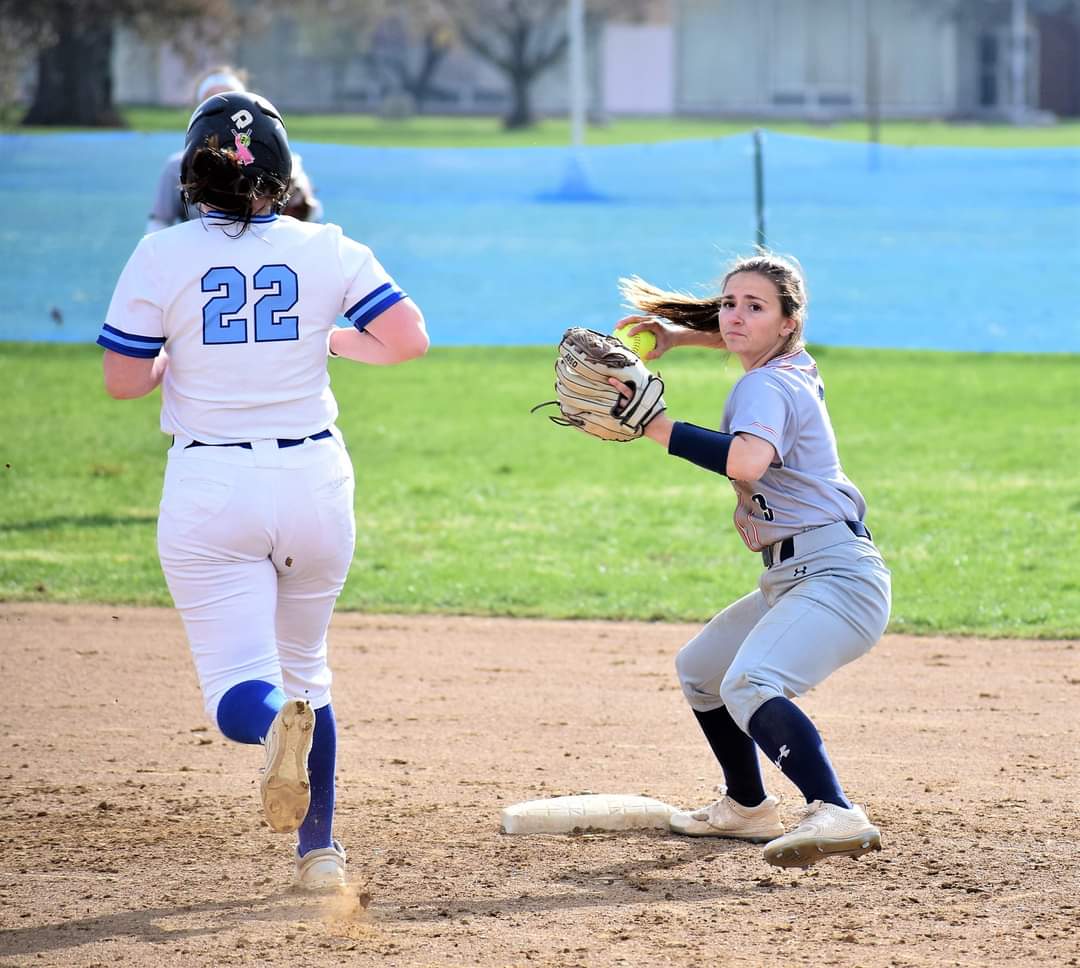 WARREN 3, CONNEAUT 2
WARREN, Pa. – Katie Madigan took advantage of a pair of Conneaut errors on a line drive in the fifth inning to score the decisive run in Warren’s 3-2 win over the Eagles.

With two outs and the game tied at 2-2, Madigan lined a 1-2 pitch into left. An error in the outfield allowed Madigan to reach third, and she scooted home on a second error in the infield to put the Dragons ahead, 3-2.

Kaley Cook singled to start the seventh, but a fielder’s choice and a pair of flyouts ended the game.

Warren took the lead in the second. With one out, Lexi Hoffman was hit by a pitch, then moved to second on Ellee Irwin’s sac bunt. Carly Beers singled in Hoffman and Halle Kuzminski followed with a single of her own that plated Beers and put Warren on top, 2-0.

Linda Shepard hit a 2-run homer with two outs in the fourth to knot the game at 2-2.

Beers and Kuzminski had the lone hits for the Dragons. Kelsey Stuart allowed two earned runs on three hits. She didn’t walk a batter and struck out eight.

Erika Schrock took the tough-luck loss; she gave up three runs, two earned, on two hits with no walks and three strikeouts.

Trailing 1-0, Jordan Popowski led off the inning with a single. Kendal Stuff drove a 1-1 pitch over the centerfield wall to put the Bison up, 2-1. They tacked on an insurance run later in the inning when Lorelei Hiltabidel scored on Alanna Skinner’s sac bunt.

The Lancers had taken the lead in the third when Bailey Cannon singled home Catrina Miller.

Stull gave up one unearned run on seven hits with no walks and three strikeouts.

The Hornets plated four in the fifth and five more in the sixth to close out the win.

Ella Holland was 4-4, including a 2-run home run, and five RBI. Carlie Miller drove in three and Jaclyn Fustos two in the win.

The Big Reds were already leading 7-3 when the offense drew four walks, had a hit batter and took advantage of a pair of KC errors to score nine runs in the final inning, on just three hits-all singles.

Emily Dick and Ava Gilmore each had three hits. Dick scored once and had four RBI, while Gilmore drove in two and scored five times. Alaina Bowers had two hits, scored three runs and had a pair of RBI.

Gilmore gave up three unearned runs on seven hits and a walk and struck out eight.

NORTH EAST 25, MERCYHURST PREP 7, 4 INNINGS
NORTH EAST, Pa. – Trailing 7-5 in the third, the North East offense erupted for 16 runs to help lead the Grapepickers to a 25-7 win over Mercyhurst Prep.

Of the 11 North East hits in the inning, just one went for extra bases, a 2-run double by Elle Blakeslee.

Blakeslee finished 3-3 with three RBI and four runs scored. Alexis Rizzo tripled and had four RBI, Hannah Kemmet and Elizabeth Svetz each had three RBI and Cadance Jones and Madison Shafer had two each.

Aubrey Wells and Catharine Abbate each drove in a run for the Lakers.