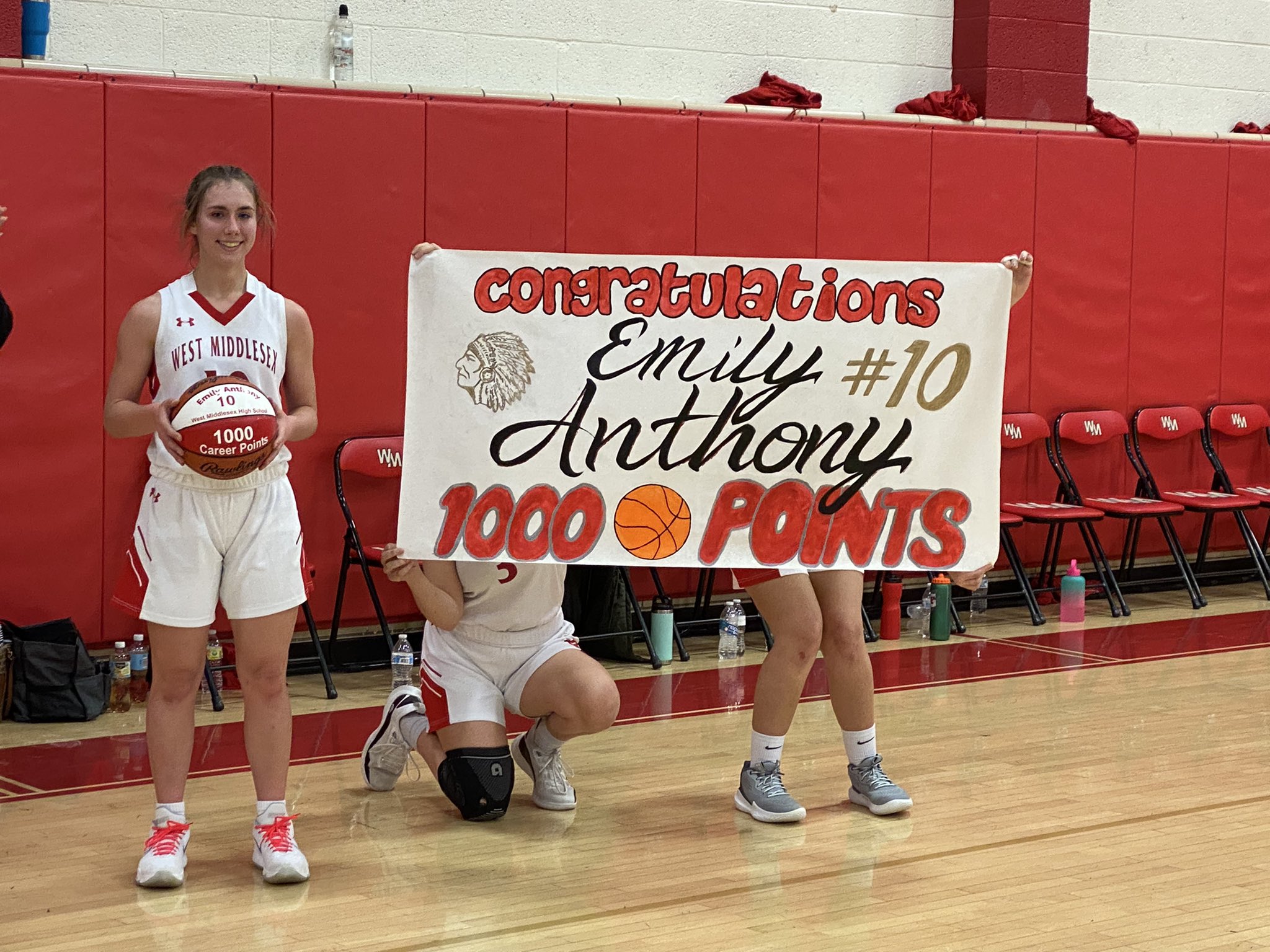 Anthony finished with a game-high 21 points and now has 1,0002 career points. Carlie Beatty, who is rapidly approaching 1,000 points herself, finished with 13 points for the Big Reds.

West Middlesex led 40-11 at halftime en route to the win.

A total of 10 different Union City players scored in the win.