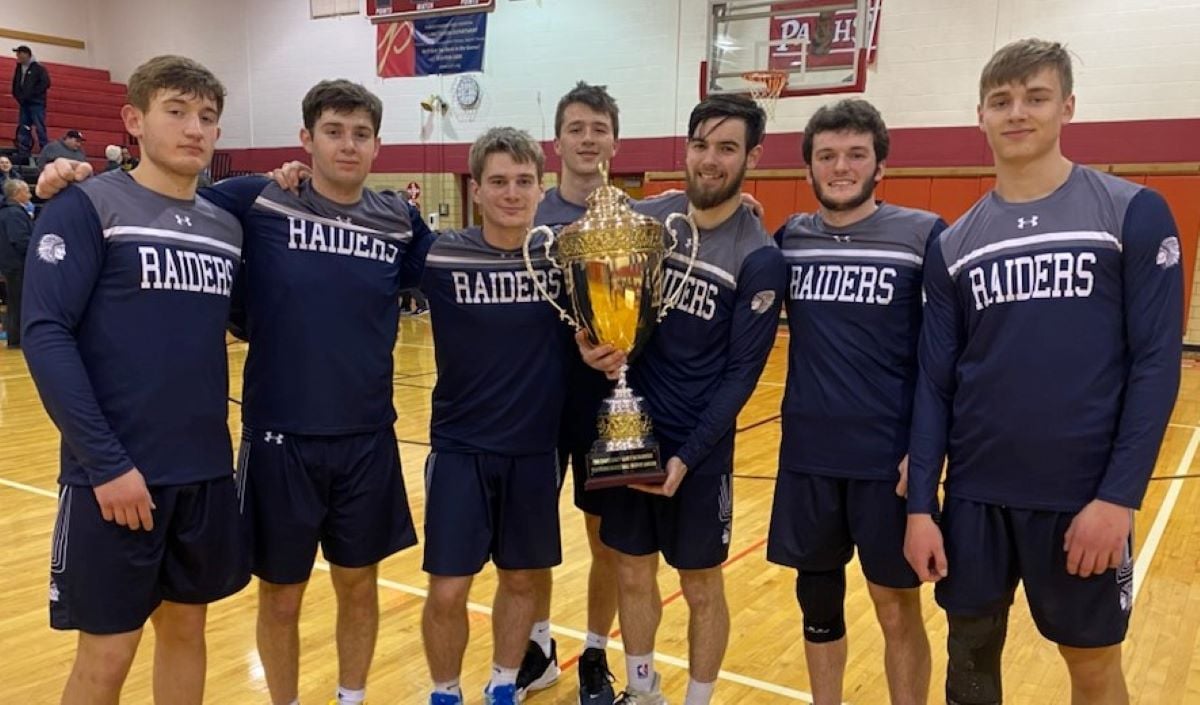 With the win, the Raiders kept possession of the Chuck Daly-Larry McManigle Trophy, which goes to the winner of the season series.

DUBOIS, Pa. – In a battle between two of the top teams in District 9, DuBois hit three first-quarter 3-pointers to build an 11-point lead after the opening eight minutes on its way to a 48-34 win over visiting Clearfield.

Ryan Kovalyak, Joey Foradora, and Al Pasternak each hit triples in the opening quarter to help the Beavers to a 14-3 lead at the end of one.

Kovalyak and Foradora each hit three 3-pointers on the night on their way for tying for the team lead with 13 points each. Pasternak added 10 tallies, and Chooch Husted chipped in nine.

Ryan Gearhart and Cole Miller each hit three 3-pointers for Clearfield and both finished with 12 points to lead the Bison.

Marcus Bennett led Brockway with 18 points including going 8 of 10 from the free-throw line.

ULYSSES, Pa. – Alex Ognen tickled the twine for a game-high 33 points, his third game of 30 or more this season, to help visiting Smethport knock off Northern Potter, 55-31, in NTL action.

Ognen scored 17 first-half points to help the Hubbers to a 27-11 halftime lead and then added nine more in the third quarter before scoring seven in the fourth.

Landon Francis added eight points, six rebounds, and four assists for the Terrors who also got seven points apiece from Shene Thomas and Gavin Jimerson. Thomas also grabbed a team-best 10 rebounds to go with two steals and an assist, and Jimerson had five rebounds, three assists, and two steals.

PORT ALLEGANY, Pa. – Coming out of halftime, Coudersport hit five 3-pointers to turn a 3-point halftime deficit into a 45-39 win at Port Allegany in NTL action.

The Falcons trailed 21-18 at the break but behind the five third-quarter triples outscored the Gators 22-10 in the third quarter to take control of the game.

Christian Furman and Garrett Kellert each hit a pair of 3-pointers in the third stanza with Brady Streich also adding a triple in the frame.

Ty Guilds had a double-double for Port Allegany with 13 points and 11 rebounds while adding three steals.

Adam Straub added 11 points for the Crusaders who also got eight tallies from Charlie Breindel and seven from Jordan Wasko.

Jake Franz and Cam Austin each scored 15 points for Bradford.

Bracken led the Owls with 17 points with Boring adding 16.