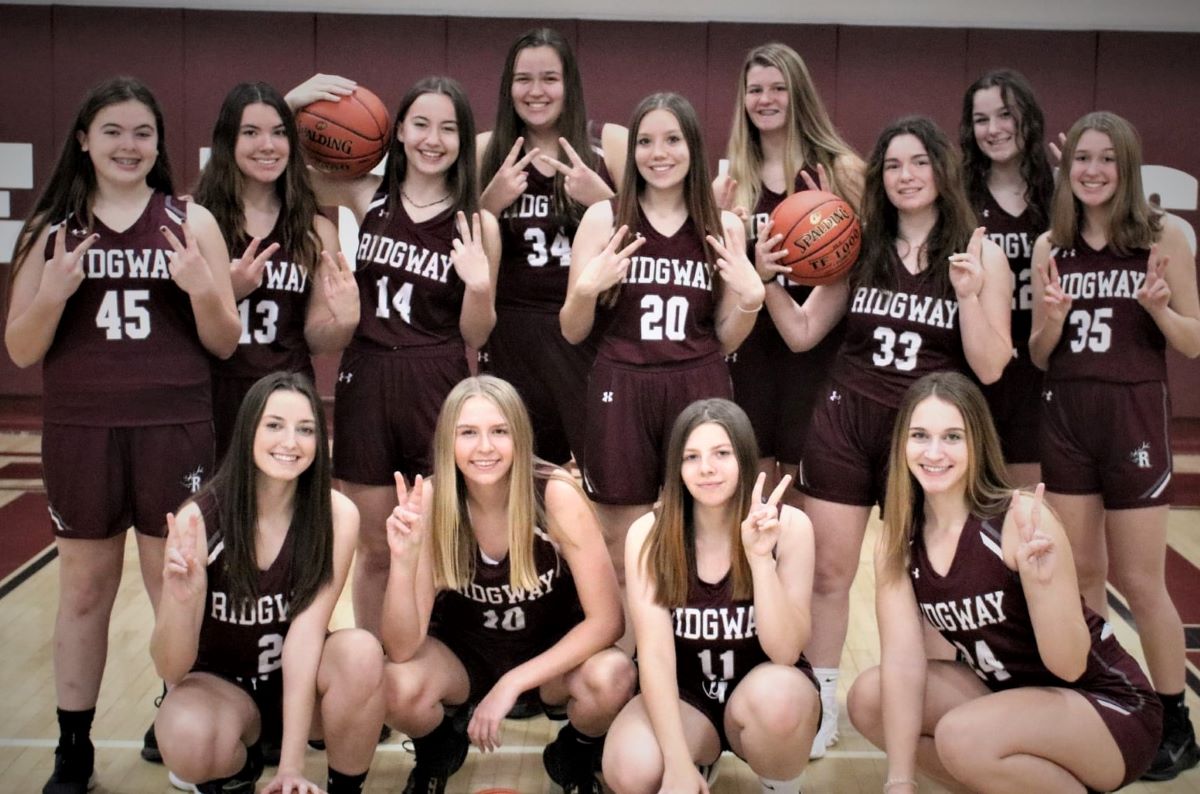 Ridgway picked up a big win over C-L Tuesday. Photo by Bob Parana

RIDGWAY, Pa. – Gabby Amacher set the tone early scoring seven of her nine points in the first quarter, as Ridgway used a fast start to knock off visiting Clarion-Limestone, 50-44.

The Lady Elkers, who entered the game having lost two in a row and three of four, led 14-7 at the end of the first quarter and 26-18 at halftime.

Jenna Kasmierski led Ridgway with 16 points, including eight in the second quarter and six in the fourth, while Carli Thomas also scored nine points.

Frances Milliron had a game-high 20 points for C-L, which hurt itself by going 9 of 19 from the free-throw line, while Kendall Dunn added nine points.

The loss was the Lady Lions’ third straight after a seven-game win streak.

DUBOIS, Pa. – In a battle for the AML South lead, DuBois Central Catholic used a big second quarter to build a 10-point halftime lead then held on to beat visiting Brockway, 51-48.

The Lady Cardinals outscored the visitors 15-11 in the second quarter behind three Lexi Berta 3-pointers to take a 27-17 halftime lead.

Brockway fought back in the third quarter and closed the gap to five, 40-35, thanks in part to seven points from Selena Buttery.

The Lady Rovers, though, still trailed by seven, 48-41, with under two-and-half minutes to play.

The Lady Rovers then got a steal, but Danielle Wood’s layup was blocked by Faith Jacob – Wood was injured and was on the ground when Buttery grabbed the rebound and kicked it out to Morelli’s, whose 3-pointer to take the lead was off the mark.

The rebound was ruled to have gone out of bounds off a DCC player giving Brockway another opportunity to tie or take the lead. But the Lady Rovers lost the ball out of bounds, and Berta was fouled.

At this time, the table called the officials over and the home book had DCC for only 47 points while the scoreboard had them for 48. After a long discussion, it was determined at this point that the Cardinals were only up one, 47-46.

Berta, though, made both free throws to make it 49-46 – Wood returned to the game at this point for Brockway.

Brockway then had four separate opportunities to tie the game, but Schmader missed a 3-pointer, and then Wood missed a three, and Brockway then turned the ball over.

Finally, Wood hit two free throws to make it 49-48 with just under 40 seconds to play.

DCC then turned the ball over giving the Lady Rovers a chance to take the lead, but Buttery missed a shot inside.

Finally, Kayley Riser hit a pair of free throws with 6.4 seconds to go to make it a 3-point game again.

Wood then missed a desperation 3-pointer from the right elbow off the front of the rim as time ran out.

Jacob also had a double-double as well for the Lady Cardinals with 10 points and 16 rebounds, and Jessy Frank also scored 10 points.

BROOKVILLE, Pa. – Punxsutawney came within two points of invoking the PIAA Mercy Rule only to watch Alayna Haight get hot and get Brookville back into the contest before the Lady Chucks ultimately prevailed, 49-38, in a D9 League game at Brookville.

Punxsutawney led 43-15 going to the fourth quarter, but Haight hit five fourth-quarter 3-pointers and Brookville hit seven triples in the quarter to claw its way back to within 11.

Presloid talked about the win

DUKE CENTER, Pa. – Katie Sheeler scored 18 of her game-high 28 points in the first quarter to lead Otto-Eldred to a 50-4 win over visiting Oswayo Valley in NTL action.

Eva West and Marenna Manning each scored two points for Oswayo Valley, which trailed 23-0 after the first quarter.

Jan. 25, 2022 D10 Hoops: Greenville Boys Outlast Sharon in Double Overtime; Big Fourth Quarter Sends Saegertown Past Cochranton; KC Lights Up Scoreboard
Jan. 26, 2022 District 9 and District 10 Basketball Schedules Powered by Hunter’s Station Golf Club
We use cookies on our website to give you the most relevant experience by remembering your preferences and repeat visits. By clicking “Accept All”, you consent to the use of ALL the cookies. However, you may visit "Cookie Settings" to provide a controlled consent.
Cookie SettingsAccept All
Manage consent