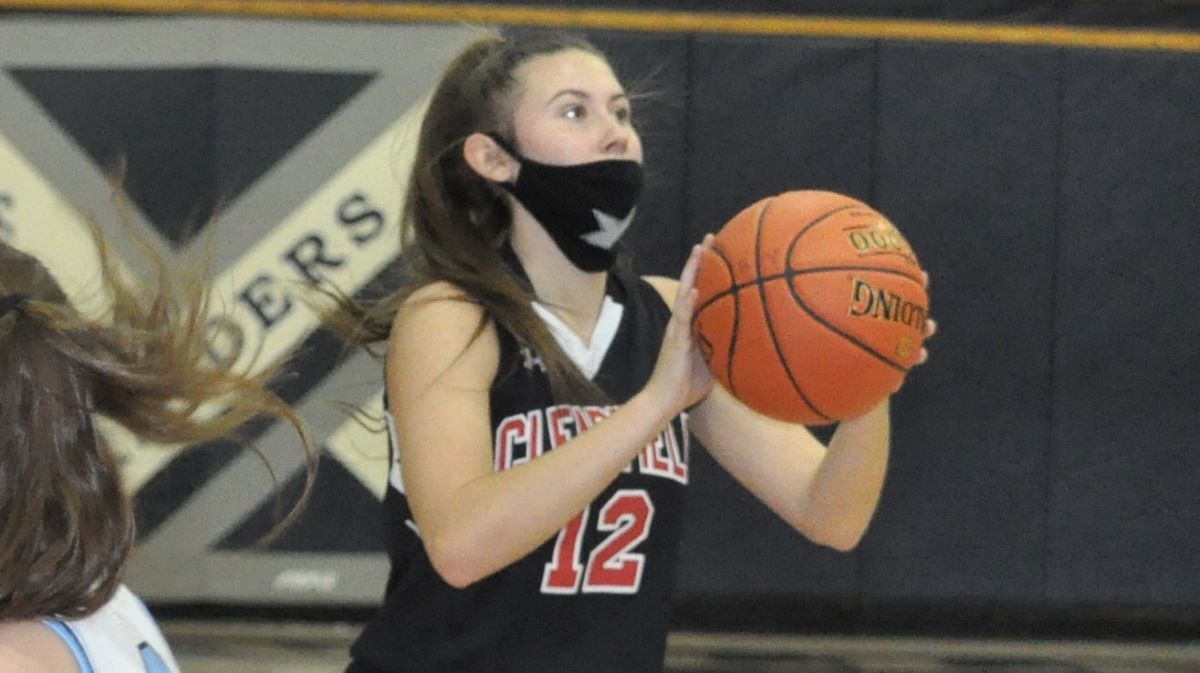 Hipps netted a game-high 23 points while hitting four 3-pointers and going 7 of 10 from the free-throw line, while Walker added 16 points while going 6 of 7 from the line.

As a team, Clearfield was 23 of 29 from the free-throw line while hitting seven 3-pointers.

The Lady Bison scored 11 of their 16 fourth-quarter points from the line going 11 of 16 from the stripe to secure the victory.

The Lady Gremlins raced out to a 20-7 halftime lead seven first-half points from Abby Callihan and then got nine second-half points from Emma Johnson, who hit a pair of fourth-quarter 3-pointers.

Johns led all scorers with 14 points with Callihan adding nine.

Avah Burke paced A-C Valley with six points while going a perfect 4 of 4 from the free-throw line.

CLARION, Pa. – Jordan Best and Erica Selfridge combined to score 12 of Clarion’s 21 third-quarter points, as the Lady Cats used a big third quarter to pull away from visiting Clarion-Limestone for a 56-26 win.

Best and Selfridge each scored six points in the quarter, as Clarion outscored C-L 21-7 to expand a 25-17 halftime lead into a 46-24 lead after three quarters.

Frances Milliron scored 10 points, including eight in the first half, to lead C-L. Sydney Simpson added eight points for the Lady Lions while hitting a pair of 3-pointers.

Lauer scored all 22 of her points on 11 baskets.

Maddie Dunlap added 10 points for the Lady Panthers who also got nine points each from Danae Hurrelbrink and Natalie Bowser.

Abby Guiher also hit three 3-pointers and scored nine points for the Lady Beavers, who had nine different players etch their names in the scorebook.

Gavin Jimmerson and Jake Merry each scored 10 points for Otto-Eldred.