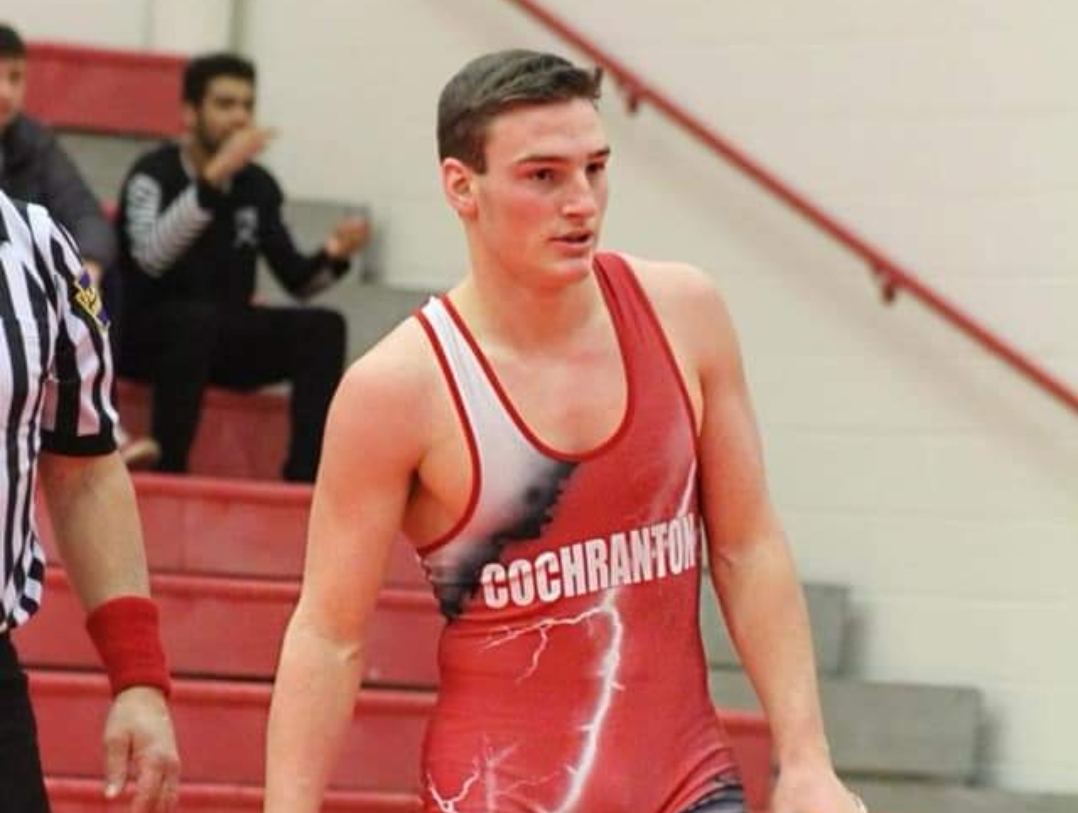 Jaquay trailed Union City’s Clay Thomas in the match of the night, 2-1 before a second-period reversal game him a lead he wouldn’t relinquish.

Jaquay talked about the win afterward:

MEADVILLE, Pa. – Meadville closed the match with a decision, major decision, tech fall, and pin in a 31-27 win over General McLane.

SHARPSVILLE, Pa. – Sharpsville got five forfeits and three pins in a 48-12 win over Mercer.

GUYS MILLS, Pa. – Cochranton got four pins and five pins in a 62-10 win over Maplewood.

The win came on the heels of a tough 39-27 loss to Corry the night before.

CORRY, Pa. – Corry got three pins and four forfeits in a 49-9 win over Cambridge Springs.

ALBION, Pa. – Fort LeBoeuf got four pins and three forfeits in a 49-15 win over Northwestern.

SLIPPERY ROCK, Pa. – Hickory got six points in a 53-17 win over Slippery Rock.

LAWRENCE PARK, Pa. – Girard won seven matches by forfeit and four more by pin in a 66-6 win over Iroquois.

Sam Kightlinger (189) won by fall for the Braves.

Jan. 19, 2022 District 9 and District 10 Basketball Scores
Jan. 19, 2022 D10 Boys/Girls Hoops: KC Girls Win Battle of Defending D10 Champs With Cambridge; Erie Boys Power Past Farrell
We use cookies on our website to give you the most relevant experience by remembering your preferences and repeat visits. By clicking “Accept All”, you consent to the use of ALL the cookies. However, you may visit "Cookie Settings" to provide a controlled consent.
Cookie SettingsAccept All
Manage consent