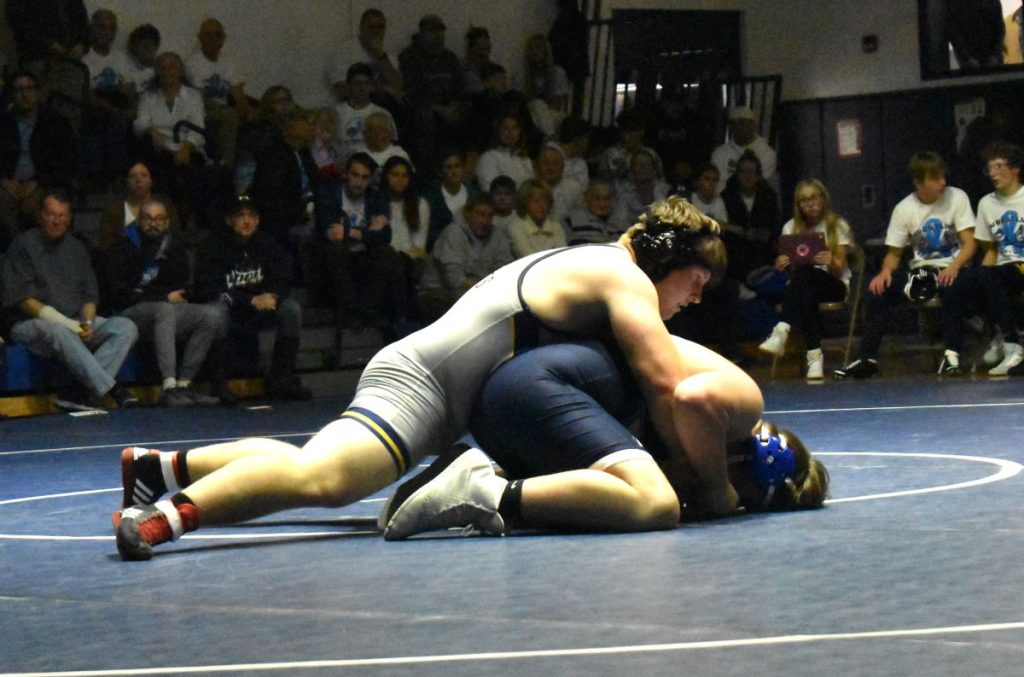 BROOKVILLE, Pa. – Brookville won four bouts via pin in a 50-18 victory over Punxsutawney.

All three of Punxsutawney’s wins came by forfeit.

CLARION, Pa. – Clarion won six matches by forfeit and three via fall in a 59-9 win over Mercer.

Also for the Bobcats, Mason Gourley got a tech fall at 152.

RUSSELL, Pa. – After falling behind early, Eisenhower rattled off eight straight wins – four via pinfall – to earn a 49-18 win over Sheffield.

The Knights opened with a forfeit victory at 114, then the Wolverines won four straight to grab an 18-6 advantage.
AJ Barnes started the streak with a 7-3 decision over Ryan Chambers at 121. Hayden Holden (127) and Collin Brown (133) followed with first-period pins. Chase Kyler edged Derek Childs, 8-7, at 139 pounds to put Sheffield on top, 18-6.

After a forfeit win sealed the match for Eisenhower, Brok English kept the Knights’ momentum going with a 9-8 decision over Matt Lobdell at 215. Mike Vanatta followed with a pin at 285 and Eisenhower ended the match exactly as it started, with a forfeit win at 107.

Watch Live: Smethport at Sheffield Boys’ Basketball
West Middlesex Boys Battle Past Reynolds in Overtime; Grove City, Franklin Boys Snag Big Region Wins Jan. 17, 2023
This website or its third-party tools process personal data.In case of sale of your personal information, you may opt out by using the link Do not sell my personal information.
×
Manage consent