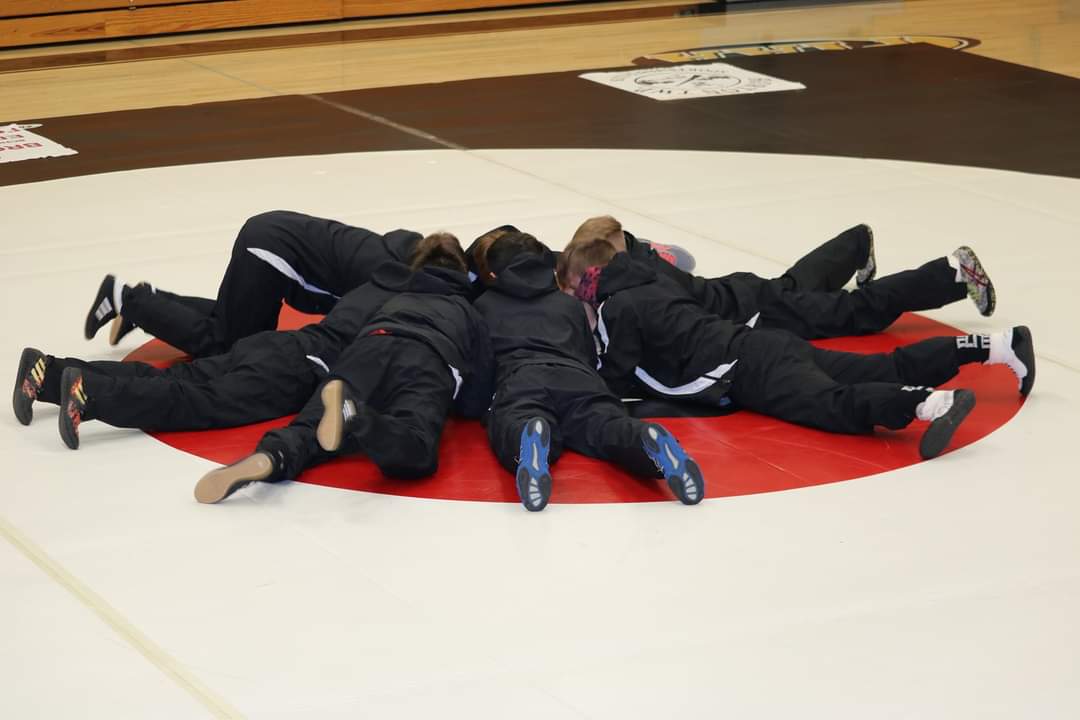 Clearfield High School will play host to the District 9 2A wrestling championships this Saturday (Feb. 20), with competition scheduled to begin at 9:30 a.m. All rounds will run continuously, with the finals slated to start between 5-6 p.m. The top three place winners at each weight will advance to next weekend’s regional tournament in Sharon (Feb. 27).

(Editor’s Note: Placements reflect seeding order. They are not predictions.)

Notes: Walter was the 106-pound district and regional champion last season, ultimately ending his season on the sixth step of the podium in Hershey. He also qualified for regionals in 2019. Sitting at 95 career wins, PAPW has the senior ranked eighth in the state and first in the region at 113 pounds. Kyler, Pisarchick, and Evans are all freshmen. Pisarchick is ranked 23rd in the state and fifth regionally at 106 pounds.

Notes: Shaffer, a sophomore, is ranked 11th in the state and third in the region by PAPW. He was district runner-up at 106 pounds in 2020. Brown is a sophomore and Popson a junior. Carfley is ranked sixth regionally. A junior, he qualified for regionals last year as a 106-pounder.

Notes: Reinsel will be looking for his third consecutive district championship this weekend, having won at 113 pounds in 2020 and 106 pounds in 2019. Each of those years the junior went on to finish second at regionals and qualify for the state tournament, placing fourth in Hershey last season. He is ranked fourth in the state and second in the NW Region by PAPW. Cook is a two-time regional qualifier, doing so at 113 pounds a year ago. A junior, he is ranked eighth regionally. Bechakas is also a junior and returning regional qualifier, having made the trip to Sharon in 2020 at 106 pounds. PAPW ranks him seventh in the region. Barnes is a sophomore.

Notes: Johnson, a senior, is gunning for his third district championship in a row. As a sophomore, he won districts at 120 pounds and at 126 pounds as a junior. Each of those seasons saw Johnson qualify for the state tournament. He also advanced to regionals as a freshman. Johnson is ranked 10th in the state and third in the NW Region at 132 pounds by PAPW. Palmer, a junior, qualified for states at 106 pounds as a freshman. A regional qualifier a year ago at 120 pounds, he is ninth in the state 126-pound poll and fifth regionally. Porter is a junior and Oakes a sophomore.

Notes: A senior, Rupp is a three-time regional qualifier, doing so at 126 pounds last year (second at districts). He won the 113-pound district title as a sophomore. Rupp is ranked seventh in the NW Region by PAPW. Kuklinskie is a freshman, Millard a sophomore, and Park a junior.

Notes: Shaffer, a senior, has finished as district runner-up at 132 pounds the past two seasons. He’s ranked 14th in the state and first regionally by PAPW. A junior, Popson qualified for regionals at 126 pounds in 2020. Morris, a junior, is a two-time regional qualifier, doing so last year at 126 pounds. PAPW has him sixth in the region. Bash is a freshman.

Notes: Stahli, a three-time regional qualifier, advanced to states last year as a 138-pounder (district runner-up). PAPW has the senior at 17th in the state and third in the NW region. Caden, a senior, qualified for regionals in 2018 and 2020 (at 132 pounds last year). He is seventh-ranked regionally. Bish, another senior, is also a two-time regional qualifier, earning his trip to Sharon last season as a 132-pounder. Culvey is a sophomore.

Notes: Dennis, a sophomore, was district runner-up at 145 pounds last year. He’s ranked 10th in the state by PAPW and second in the NW Region. Eli qualified for regionals a year ago at 138 pounds. The sophomore is ranked eighth in the region at 160 pounds. Tanaka is a senior and Traister a junior.

Notes: Casillio advanced to the state tournament at 160 pounds last year after winning districts and placing second at regionals. A senior who earned his 100th win this season, Casillio also qualified for regionals as a sophomore. He is ranked sixth in the state and first in the NW Region by PAPW. Griffin, a senior, qualified for regionals at 160 pounds in 2020. PAPW has him ranked sixth regionally. Mead is a junior and Smith a freshman.

Notes: Bish will be looking for his first district title this weekend after finishing second the past two seasons. The two-time regional qualifier made it to states last year as a 160-pounder. A senior, Bish is ranked ninth in the state by PAPW and second in the region. Zimmerman, a sophomore, is 25th in the state poll and fourth regionally. Boggess, a regional qualifier in 2020 at 160 pounds, and Baumgarner are both seniors.

Notes: Finch reached the 100-win milestone this past season. He placed sixth in Hershey at 182 pounds last year after winning districts and taking third at regionals. The senior also qualified for states his sophomore season, winning districts and placing second at regionals as a 170-pounder. PAPW has him ranked fourth in the state and second in the NW Region at 215 pounds. Zimmerman, a senior, is a two-time regional qualifier, doing so in 2020 at 170 pounds. McFetridge is a sophomore and Distrolla a senior.

Notes: Gardner, a two-time regional qualifier, was district runner-up at 195 pounds in 2020. The senior is ranked 22nd in the state by PAPW. Rafferty, a junior, holds down the 19th spot in the state poll and sixth in the region. Another junior, Kallenborn, qualified for regionals at 195 pounds last year. Ayers is a freshman.

Notes: In 2020 Taylor won districts and regionals at 220 pounds, eventually finishing fourth at the state tournament. The senior is ranked second in the state and first regionally by PAPW. Like Taylor, Bonanno had a breakout season last year, finishing second at districts and fourth at regionals to qualify for states at 285 pounds. PAPW has the senior ranked 13th in the state and fourth in the NW Region. Another senior, Young is a three-time regional qualifier and has been the district runner-up the past two seasons (at 220 pounds in 2020, 195 pounds in 2019). He is ranked seventh in the region. Campbell is a junior.

D9and10Sports.com to Video Broadcast Keystone at Moniteau, Iroquois at Eisenhower Boys’ Games Friday
District 4/9 Class 3A Wrestling Championships Slated for Saturday
This website or its third-party tools process personal data.In case of sale of your personal information, you may opt out by using the link Do not sell my personal information.
×
Manage consent