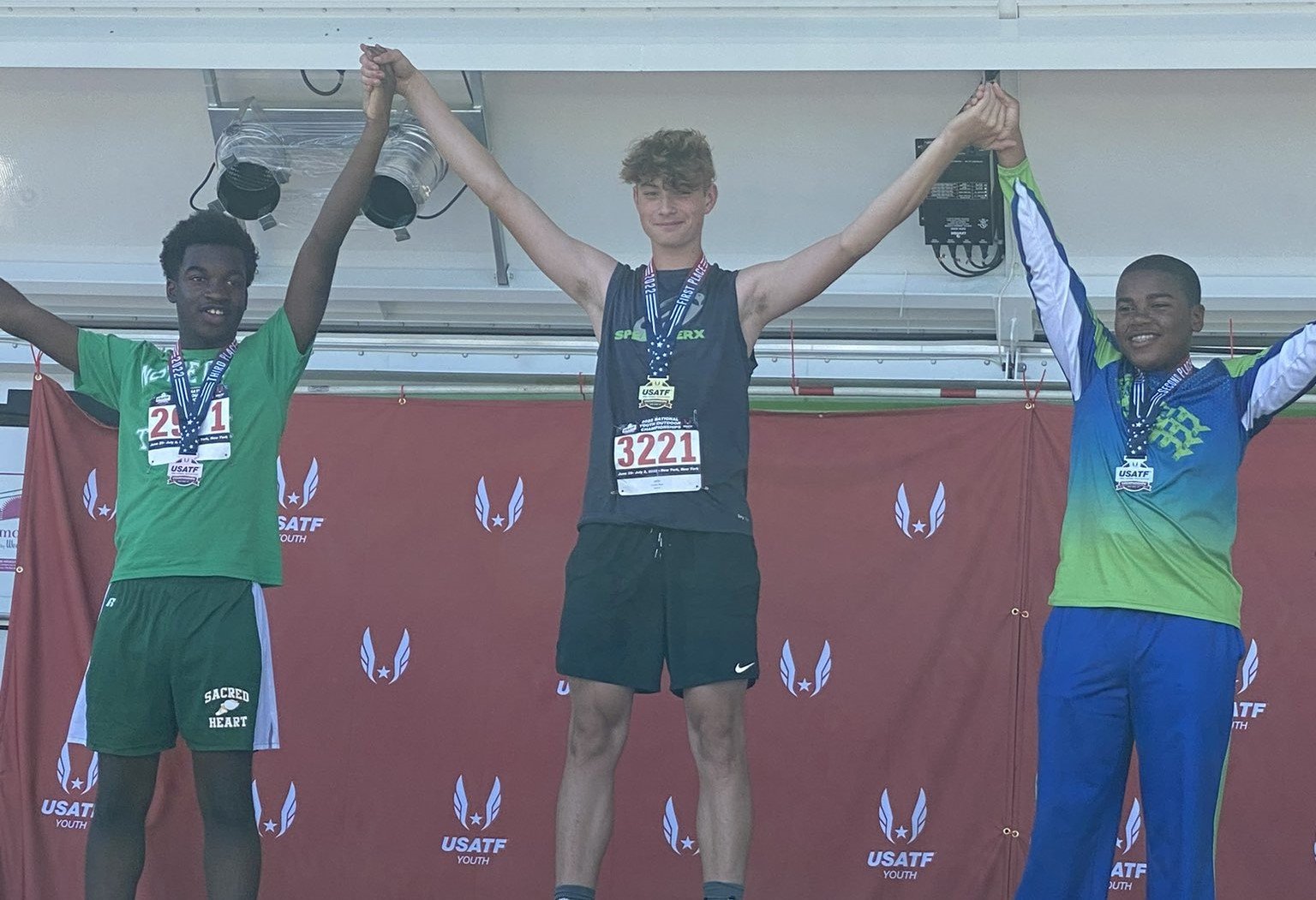 Friedman, competing in the shot put at the USA Track and Field (USATF) Youth Outdoor National Championships on Wednesday, won the shot put in the 15-16 age division with a throw of 9.56 meters, joining his older sister Audrey Friedman, who finished third in the 17-18 division shot put.

Mason Friedman’s heave of 9.56 meters bested second-place finisher Matthiaus Love-Anderson, who had a throw of 9.18 meters, a personal best for him.

The throw of 9.56 meters at Randalls Island’s Icahn Stadium in Manhattan was just off his personal best heave of 9.6 meters (converted is 31 feet, 6 inches).

For Audrey, the 2022 PIAA state champion in the javelin who will compete collegiately for Penn State, this was her fifth All-American distinction. Her throw of 11.23 meters was behind only Daria Parham (11.53 meters) and Tyaja Thomas (11.30).

Both Friedmans, competing for Team SPEARWERX, will compete in the javelin in their respective divisions on Thursday.

Region All-Stars Named in District 10 Track and Field
Punxsutawney’s Grusky Wins National Title in Javelin at USATF Youth Championships
This website or its third-party tools process personal data.In case of sale of your personal information, you may opt out by using the link Do not sell my personal information.
×
Manage consent