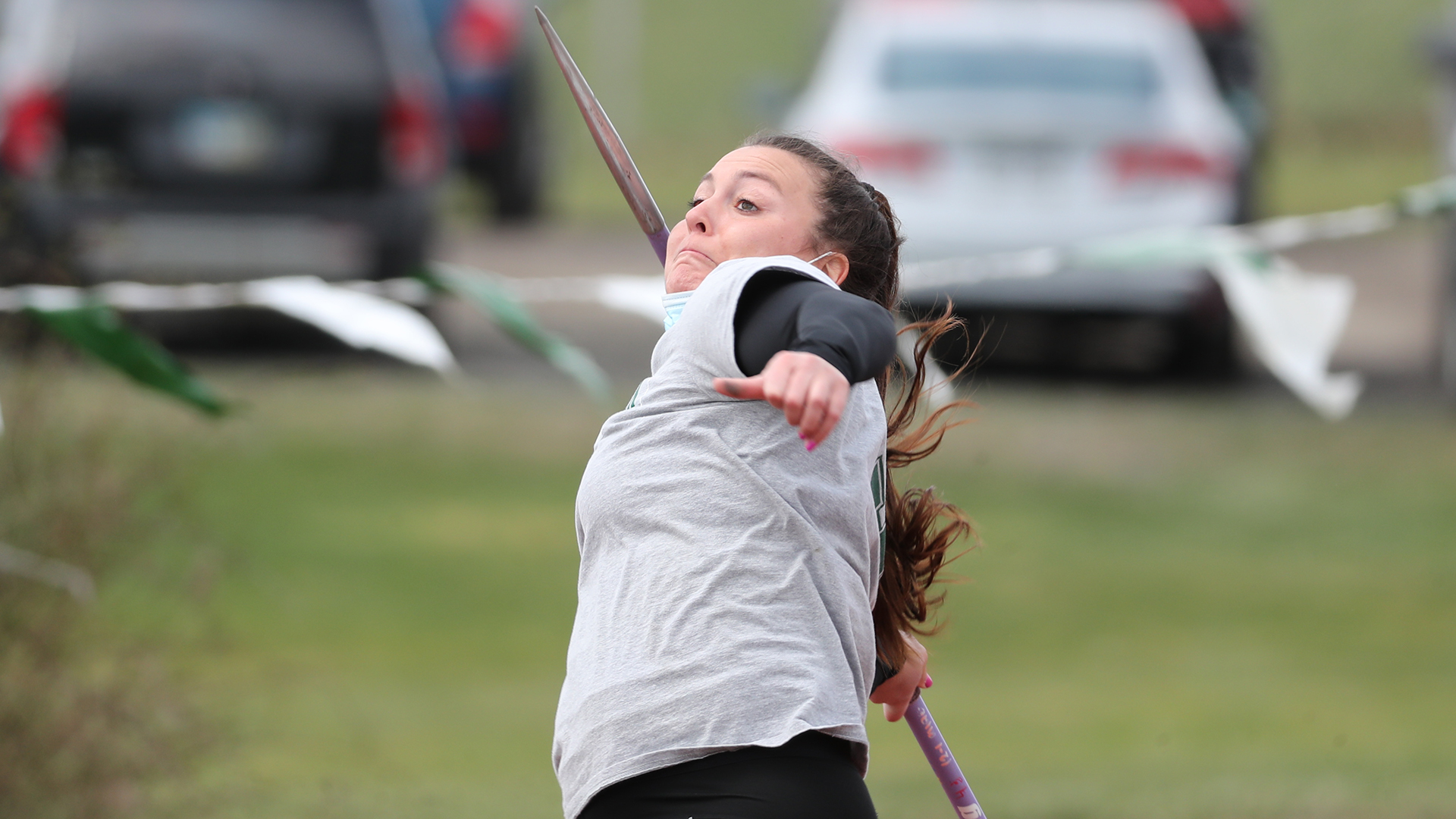 Both of The Rock’s throwers recorded the best mark in the PSAC this spring in their respective specialties, topping the rest of the performances in the league by a wide margin.

The most impressive performance by The Rock last weekend came from Collier, who won the javelin with an NCAA provisional mark of 49.29 meters. That effort stood as the best in Division II briefly before being topped over the weekend but still sits third-best among all throwers in the nation. Her mark was just shy of the NCAA automatic qualifying standard (49.63m) and the SRU record (49.98m) that has stood since 2004.

Collier was joined in a 1-2-3 Slippery Rock sweep in the women’s javelin by Trinity Clark  (Kane) and Skylar Sherry (Johnsonburg), who also recorded NCAA provisional marks. After two weeks of the outdoor season, The Rock’s javelin throwers rank first, third and fourth in the PSAC and third, 15th and 23rd in the nation.

Eakin launched himself to the top of the PSAC rankings in the shot put with a career-best effort of 15.89 meters, which is currently more than a full meter better than any other thrower in the PSAC with the second-best mark currently being 14.81 meters. Teammate Eric Schulz (Fairview) ranks fourth in the league (14.44m) to give The Rock two of the top four shot putters through two weeks this spring.

Collier and Eakin own two of the six PSAC-leading marks by Slippery Rock athletes through two weeks of the outdoor season. Bryan Dworek (Brookville) currently leads the league in the 200-meter dash (22.07 seconds) and the long jump (7.18m) for the men’s squad, while Reagan Hess leads the PSAC in the long jump (5.95m) and Kendall Grossman (Moniteau) leads the league in the pole vault (3.68m) for the women’s team.

Slippery Rock is back in action Sunday at Indiana University (Pa.).

Moniteau Grad DeMatteis Earns PSAC Weekly Softball Honors for Gannon
Redbank Valley Grad Fricko Named PAC Men’s Track and Field Rookie of the Week for W & J
This website or its third-party tools process personal data.In case of sale of your personal information, you may opt out by using the link Do not sell my personal information.
×
Manage consent