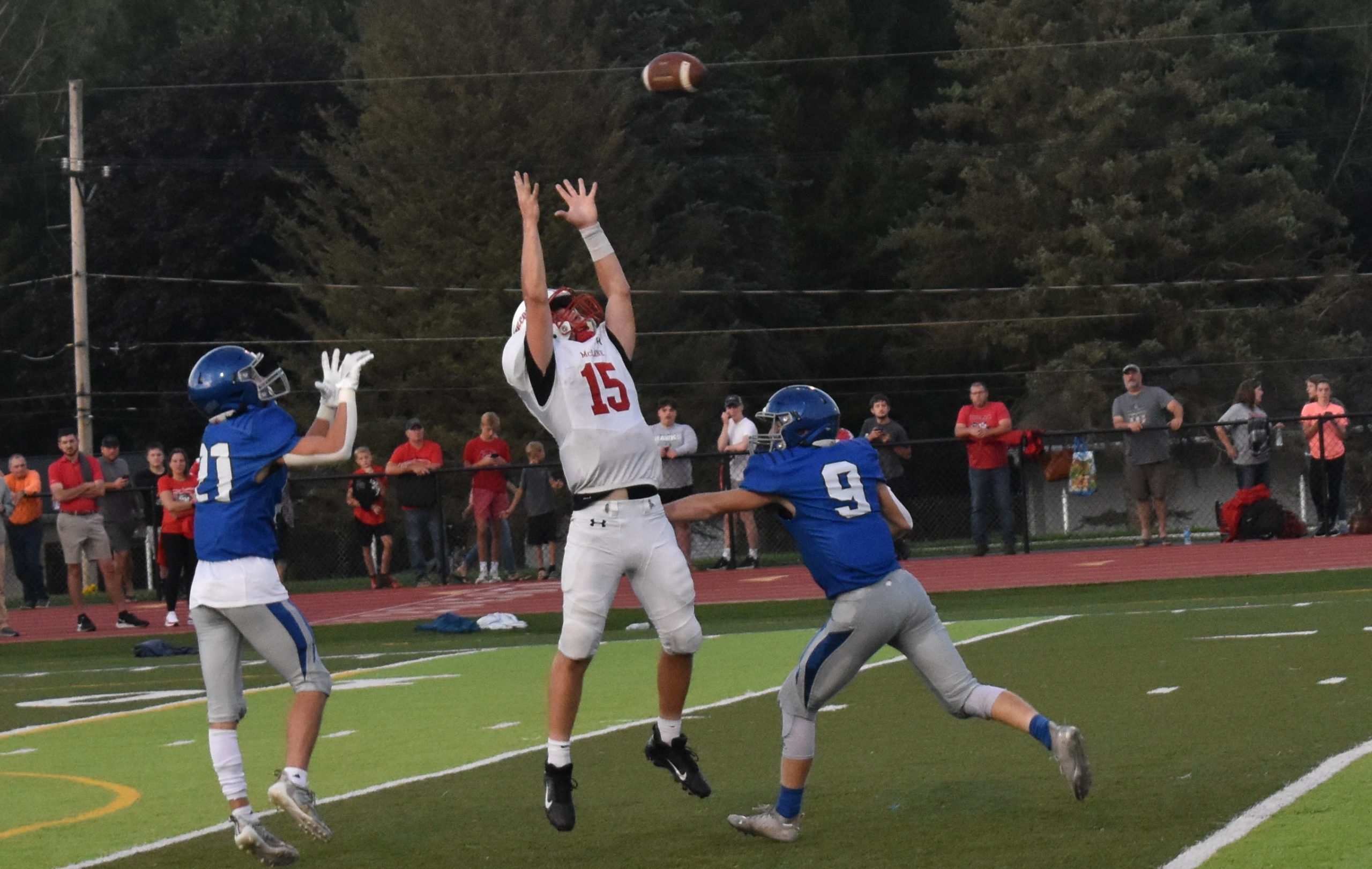 General McLane's Dylan Sheeder (15) threw for a pair of touchdown passes in a 21-6 win over North East on Thursday.

NORTH EAST, Pa. – General McLane’s defense turned in another dominant effort in a 21-6 win over North East on Thursday.

The Lancers led 7-0 at the half on the strength of a Magnus Lloyd 20-yard touchdown run.

GM extended the lead to 14-0 with just over eight minutes to go in the third quarter, as Dylan Sheeder connected with Kyle Birkmire on a 24-yard touchdown pass.

North East (0-4, 0-2 Region 5) got on the board just two minutes later, as Jackson Humes found Jamari Curlett on a five-yard pitch and catch to make it 14-6.

McLane’s defense stood tall, however, and with just under five minutes remaining in the fourth quarter, Sheeder put the finishing touches on the win with an eight-yard touchdown pass to Landon Laskey.

The Lancers look to make it four in a row when they travel to Corry next Friday, while North East is at Fort LeBoeuf next Friday.

General McLane Looks to Keep Momentum in Thursday Matchup with North East
Wings Up: The Raymond Monica Show! Episode 3
This website or its third-party tools process personal data.In case of sale of your personal information, you may opt out by using the link Do not sell my personal information.
×
Manage consent