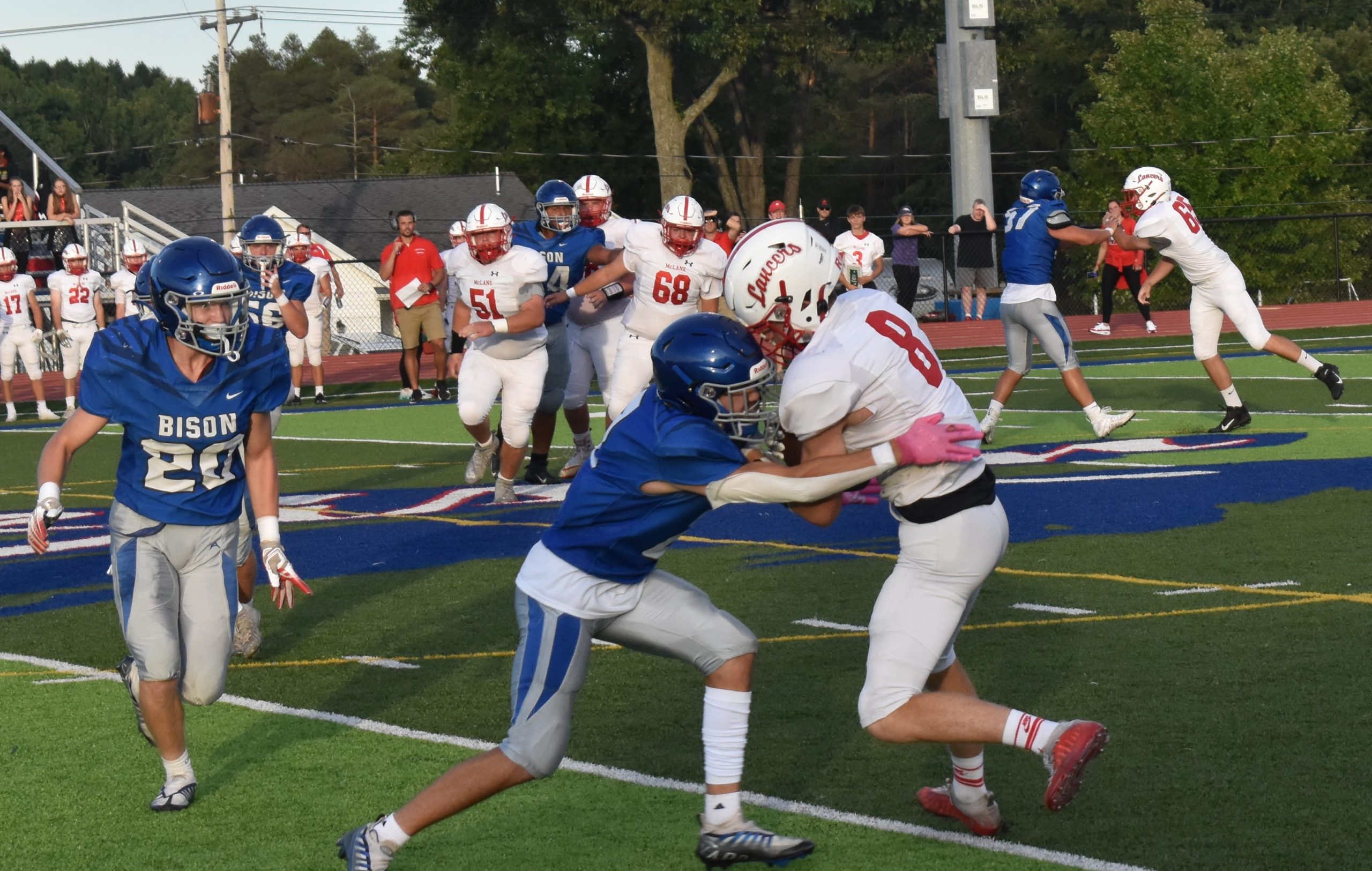 Kyle Cousins (8) and GM look for their third straight win when they travel to North East on Thursday.

NORTH EAST, Pa. – General McLane has some momentum going following a season-opening loss to Slippery Rock and they look to continue that in a Region 5 matchup against North East on Thursday.

And they’ve done it with balance.

In the win over Fort LeBoeuf, Dylan Sheeder threw for two touchdowns to Kyle Cousins and Landon Laskey and also ran for one.

In the victory over Franklin, Sheeder was one of six Lancers to account for rushing touchdowns, as Tyler Mayo, Owen Martin, Kyle Birkmire, Magnus Lloyd, and Matt Caro all had touchdown runs for GM as well.

They will be facing North East (0-3, 0-1 Region 5) team that is looking for its first win. The offense hasn’t been the issue for the Pickers, as they put up 20 points against Oil City last week.

It all starts with quarterback Jackson Humes, who threw for 184 yards and three touchdowns to Zane Strong (2) and Zamari Curlett.

The ground game is led by Tyler Wittman, who had 80 yards last week against the Oilers.

Oil City RB Knox in Rare Air as Possibly Only 3-time 400-yard Rusher in PA History
General McLane Defense Continues to Dominate in Victory over North East
This website or its third-party tools process personal data.In case of sale of your personal information, you may opt out by using the link Do not sell my personal information.
×
Manage consent