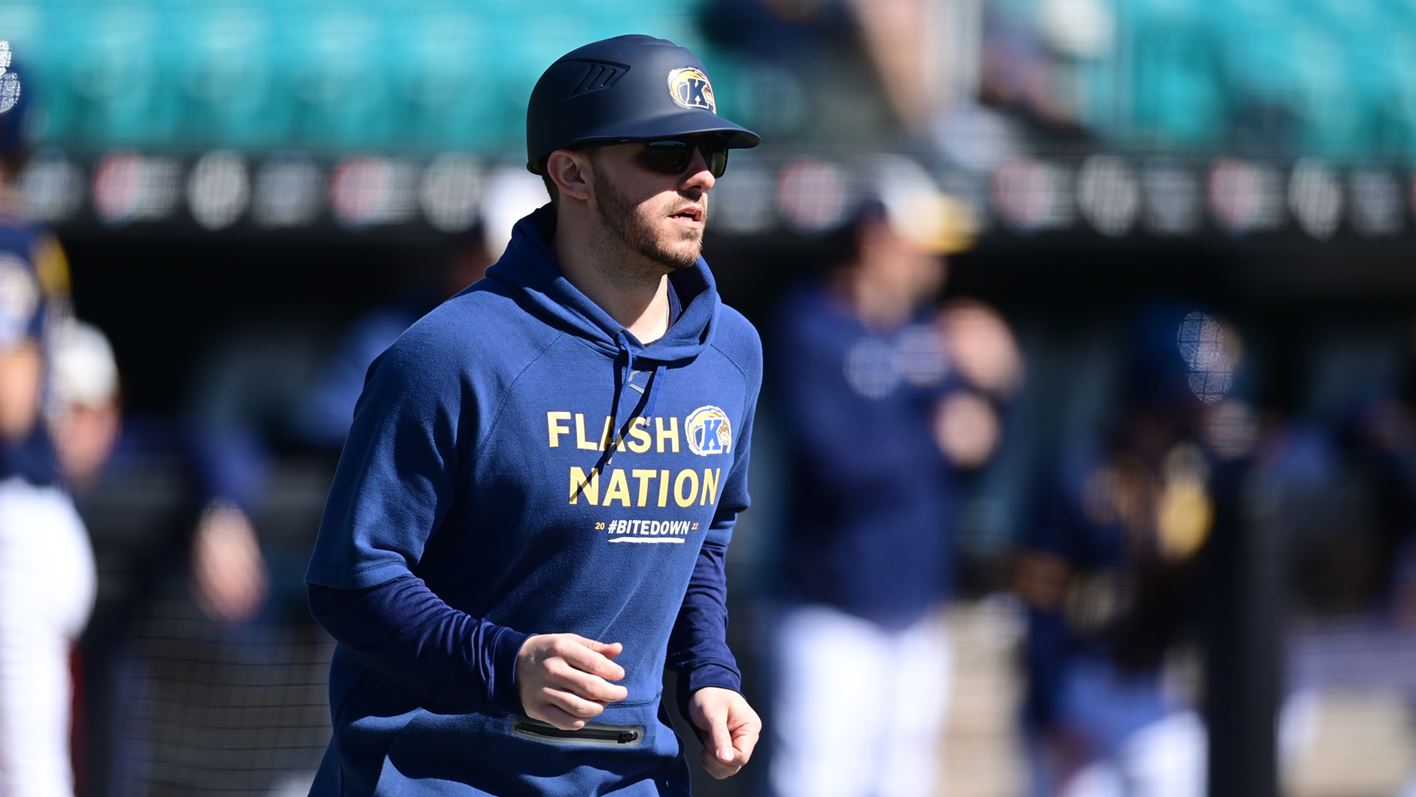 Sloniger was a first-team all-state selection in 2014, helping lead the Chucks to the District 9 Class 4A title. At the time of his graduation, he was the Chucks’ career leader in hits, doubles, triples, and RBIs.

Sloniger served on staff as assistant pitching coach for Kent State in 2022.

“We are excited to welcome Ryan and Alyssa to the Gardner-Webb baseball family. Ryan is blue-collar and committed to player development,” said head coach Jim Chester. “His knowledge and implementation of analytics will help our staff reach a new level of success. Ryan’s success as a player and as a coach at Kent State paves the way for a bright future on the mound for the Runnin’ Bulldogs.”

Sloniger played collegiately at Penn State, where he started as the Nittany Lions’ catcher from 2016-2019. His best season at the plate came in 2018 as a junior when he batted a team-high .306 with five home runs, 13 doubles, and 31 RBI. Sloniger finished his career ranked in the top-10 in Penn State history in career putouts.

He went on to play professionally after being selected in the 38th round by the Toronto Blue Jays in the 2019 MLB Draft. He spent three seasons in the pro ranks. He batted .327 in his first assignment with Bluefield in 2019 and was called up after 30 games to Vancouver in the Northwest League. Sloniger finished the 2019 season with a .304 batting average and 10 home runs in 43 total games. His final season came with the Dunedin Blue Jays in 2021 in the Florida State League. He saw valuable time in 65 professional games and hit 12 home runs, drove in 39 runs, and forged a solid .356 career on-base percentage.