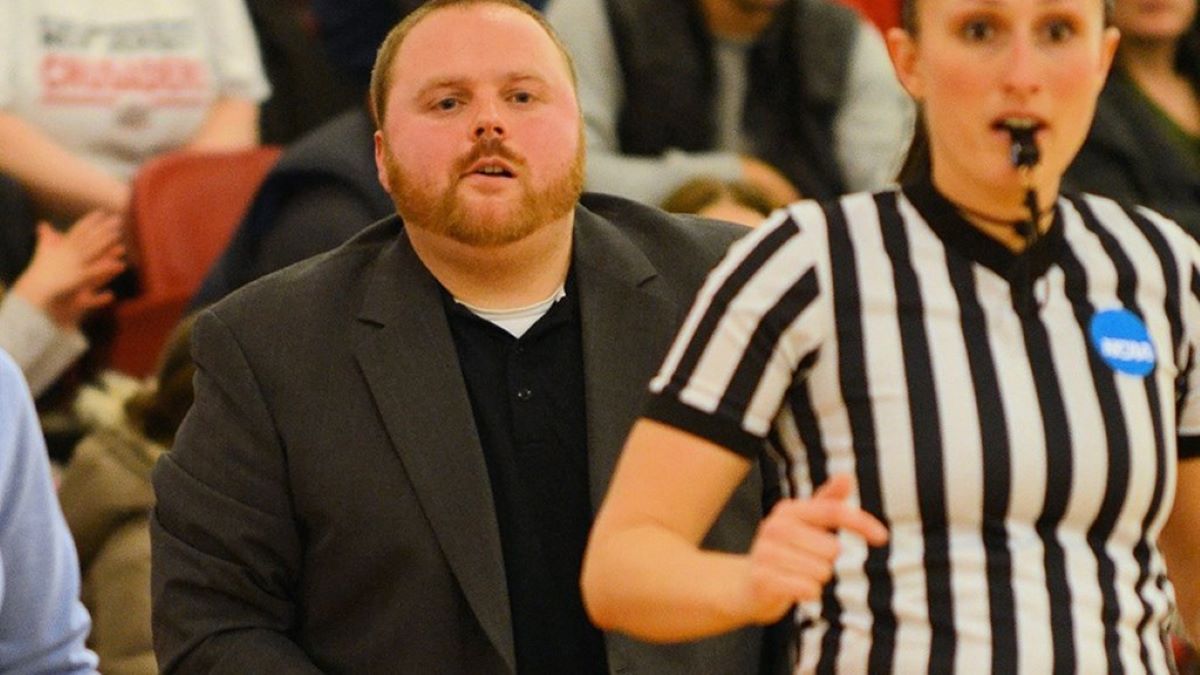 “After conducting a national search for Bethany’s new athletic director, it became evident that we had the most qualified candidate already here at Bethany,” said Bethany President Dr. Jamie Caridi. “Brian has enjoyed an extremely successful coaching career and has excelled in his role as assistant athletic director. He is admired by our coaching staff and is highly respected by faculty, staff, and alumni. I have every confidence he will exceed my expectations in this critical leadership position.”

“I am incredibly honored to be the next director of athletics here at Bethany,” said Sansom. “I would like to thank President Caridi, Interim Director of Athletics Jill Willson, and the Board of Trustees for their invitation to lead our Athletics Department into the future.

“This is truly a special opportunity. My wife, Erikka, son, Lucan, and I call this place home. The college is rich with tradition and has a passionate support system. I look forward to working with the entire Bethany family.”

During his tenure at Bethany, Sansom has chaired and been a key member of multiple head coaching and staff searches throughout the Athletics Department. He previously served as the travel coordinator for athletics and the chair of the staff council.

In his most recent leadership role as the assistant athletic director for athletic recruiting and retention, he served as the liaison between the Athletics and Enrollment departments while organizing on-campus recruiting visits for prospective scholar-athletes.

“The decision to step down as the head women’s basketball coach was a very challenging one to make but the best decision for the program and our department,” Sansom said. “We have such wonderful scholar-athletes on the team, and it was such a pleasure to lead the program for six years. I felt that it was important for them to have someone new who could dedicate their full attention to the team, as doing both jobs wouldn’t allow me to feel like I was doing that. I am proud of where the program is and where it will continue to head in the future.”

As the head women’s basketball coach, Sansom led the Bison to six straight PAC Tournament appearances, including reaching the semifinals for the first time since the 2011-12 season. The Bison finished the 2021-22 season 15-11 (9-8 PAC). The 15 wins mark the most wins in the Sansom era and the first time since 2011-12.

“My focus will be to provide leadership and the best experience possible for our scholar-athletes and coaches,” Sansom said. “We have such a great opportunity to impact their lives daily. We get to educate, support, and mentor young people … how special and important is that? For our scholar-athletes, that’s an experience based on a great education, competing, and developing relationships that will last the rest of their lives. For our coaches and staff, it is about creating a positive and rewarding environment with strong working relationships in the department and across campus. I want our coaches to feel good each day about the impact they are having on the lives of their scholar-athletes and the college as a whole.”

Prior to becoming the women’s basketball coach at Bethany in time for the 2016-17 season, Sansom spent one season as an assistant women’s basketball coach at NCAA Division I Fairleigh Dickinson after being an assistant coach for four seasons (2012-2015) at Montclair State. He also was the interim head coach at his alma mater, Pitt-Bradford, during the 2010-11 season after helping out with the women’s team at Pitt-Bradford prior to that.

“I’m so excited for the Bison nation to have such a great leader take over as the director of athletics,” Willson said. “In my time at Bethany College, I have really admired how well Brian works with scholar-athletes, coaches, and alumni. I think this is a great hire for the college.”

Sansom, who also earned his master’s in intercollegiate athletic administration at California University of Pennsylvania (now PennWest California) in 2011, resides in Bethany, W.Va., with his wife, Erikka, and their son, Lucan.