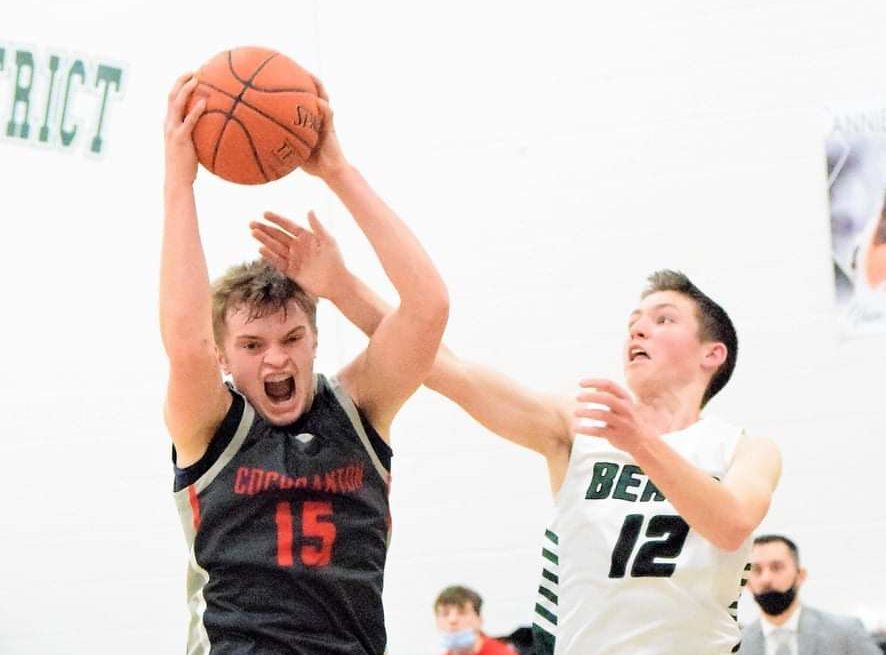 YOUNGSVILLE, Pa. – Trailing by as many as nine in the first half, Eisenhower rallied for a 50-39 win over Youngsville in Region 2 action.

A day after knocking off Region 2 lead Saegertown, Eisenhower outscored Youngsville 29-15 in the second half against Youngsville.

The Cardinals went on a 22-11 run in the second quarter to build a 16-point halftime lead.

Jaiben Walker had 12 points, while Wyatt Barzak and Dawson Carroll tallied 11 each.

JAMESTOWN, Pa. – A day after wrapping up the Region 1 title, Kennedy Catholic turned in another strong performance with an 82-53 win over Jamestown.

Semontae Lofton and Mohamed Rahama both had 10 points for the Ramblers.

Griffin Ruhlman led the way in the third quarter for Brookville with 10 of his team-high 16 points.

Parker Schmidt led Cambridge Springs with 19 points, including going 13 of 14 from the free-throw line.

Feb. 16, 2022 District 9 and District 10 Basketball Scores
KSAC Playoffs Get Underway Thursday at Tippin Gym; Clarion U. Requiring Masks
This website or its third-party tools process personal data.In case of sale of your personal information, you may opt out by using the link Do not sell my personal information.
×
Manage consent