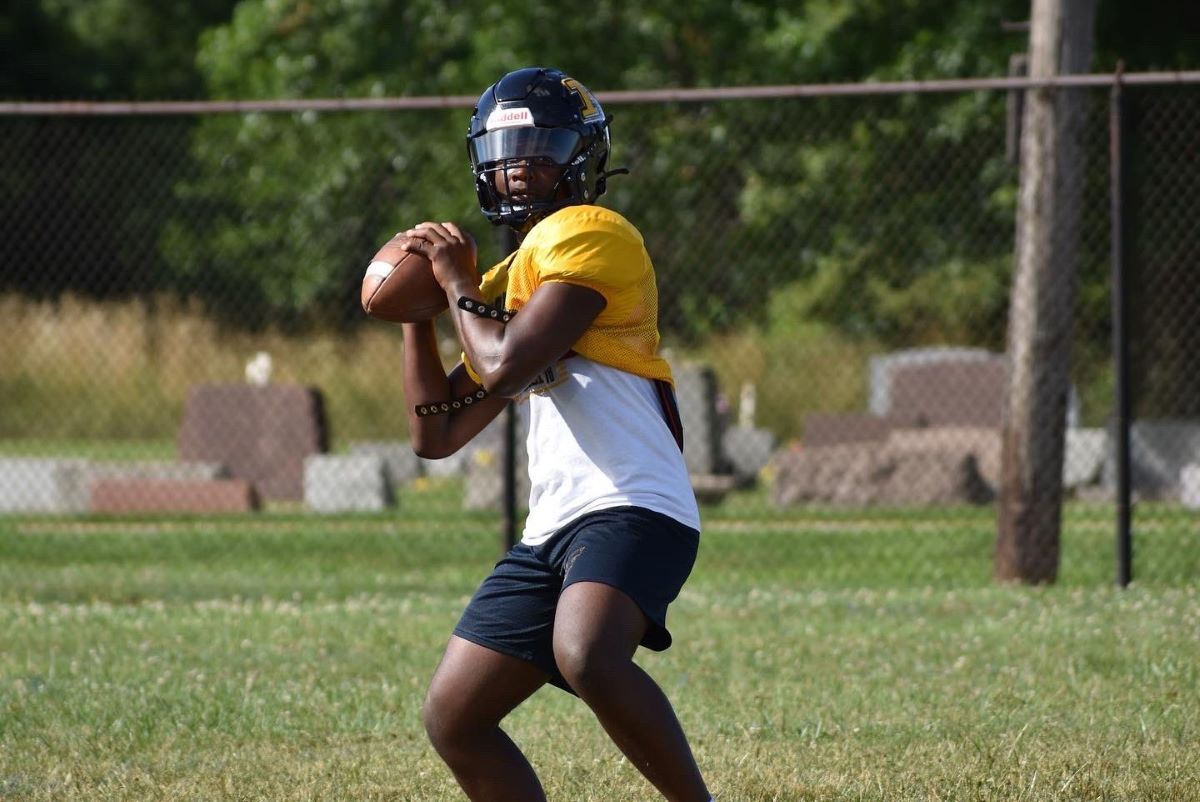 WARREN, Pa. – When you break a school record, chances are your team had a pretty good week.

That’s exactly what Farrell quarterback Kabron Smith did, completing 16-of-19 passes for a school-record 400 yards and 400 yards in a 42-13 win over Wilmington. Smith broke the old mark set by Isaac Clarke in 2017 of 365.

Because of his efforts, he is Week 6 YDL Sports Network D9and10Sports.com District 10 Jim Kelly Football Player of the Week powered by the Allegheny Grille in Foxburg.

A pair of teammates, Lamont Samuels Jr. and Kylon Wilson helped him get there, with Samuels hauling in six receptions for 200 yards and Wilson seven for 113 and a touchdown while also adding a rushing touchdown.

Brookville’s Zimmerman Named Week Six 2022 District 9 Jim Kelly POW Powered by the Allegheny Grille
Cochranton Cancels Week 7 Football Game Against Reynolds
This website or its third-party tools process personal data.In case of sale of your personal information, you may opt out by using the link Do not sell my personal information.
×
Manage consent