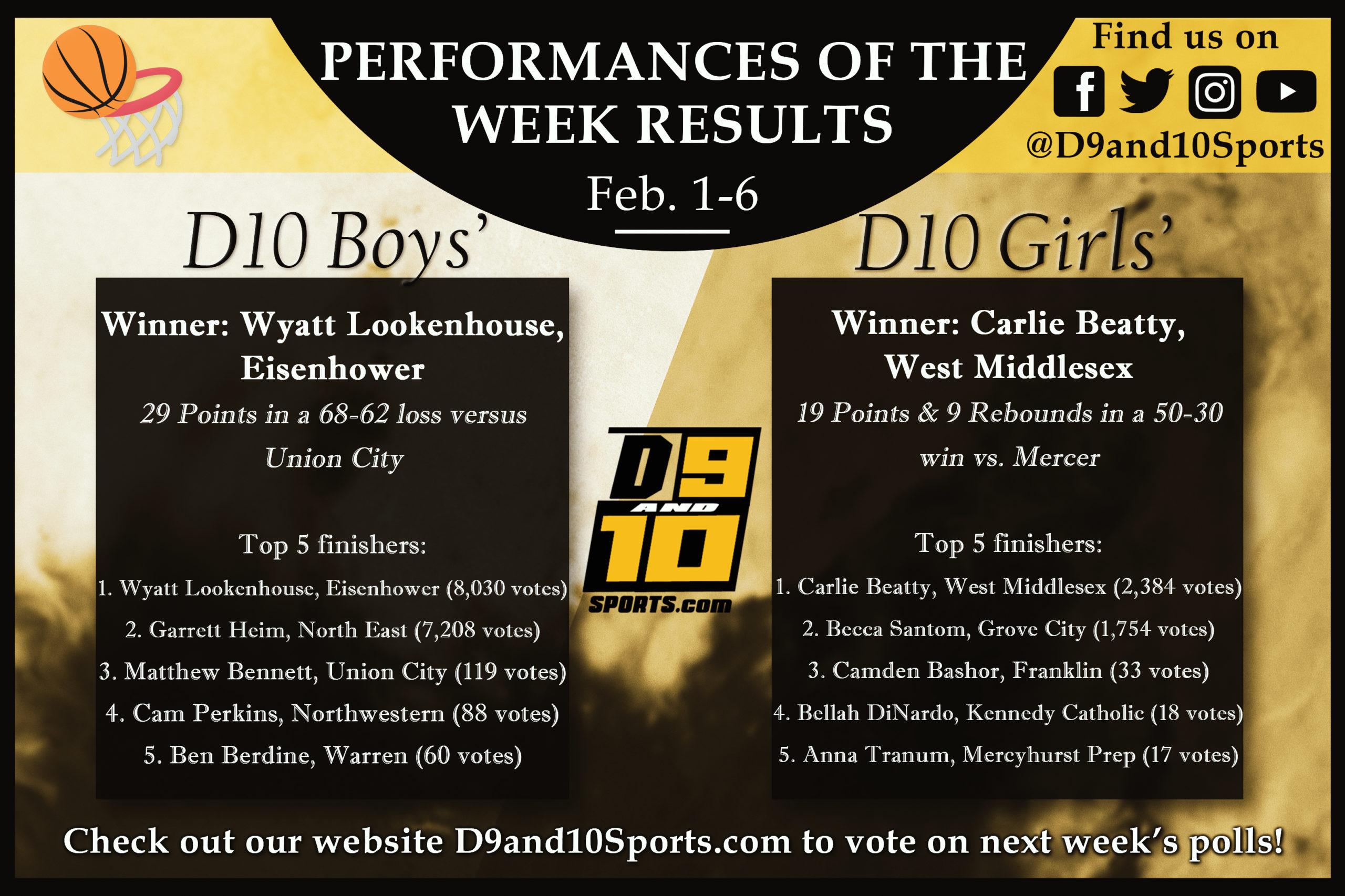 Lookenhouse scored 29 points in a 68-62 setback to Union City, while Beatty scored 19 points and pulled down nine rebounds in a 50-30 win over Mercer.

Garrett Heim of North East finished second with 7,208 votes on the boys’ side, while Grove City’s Becca Santom finished second in the girls’ voting with 1,754 votes. See the full voting here.