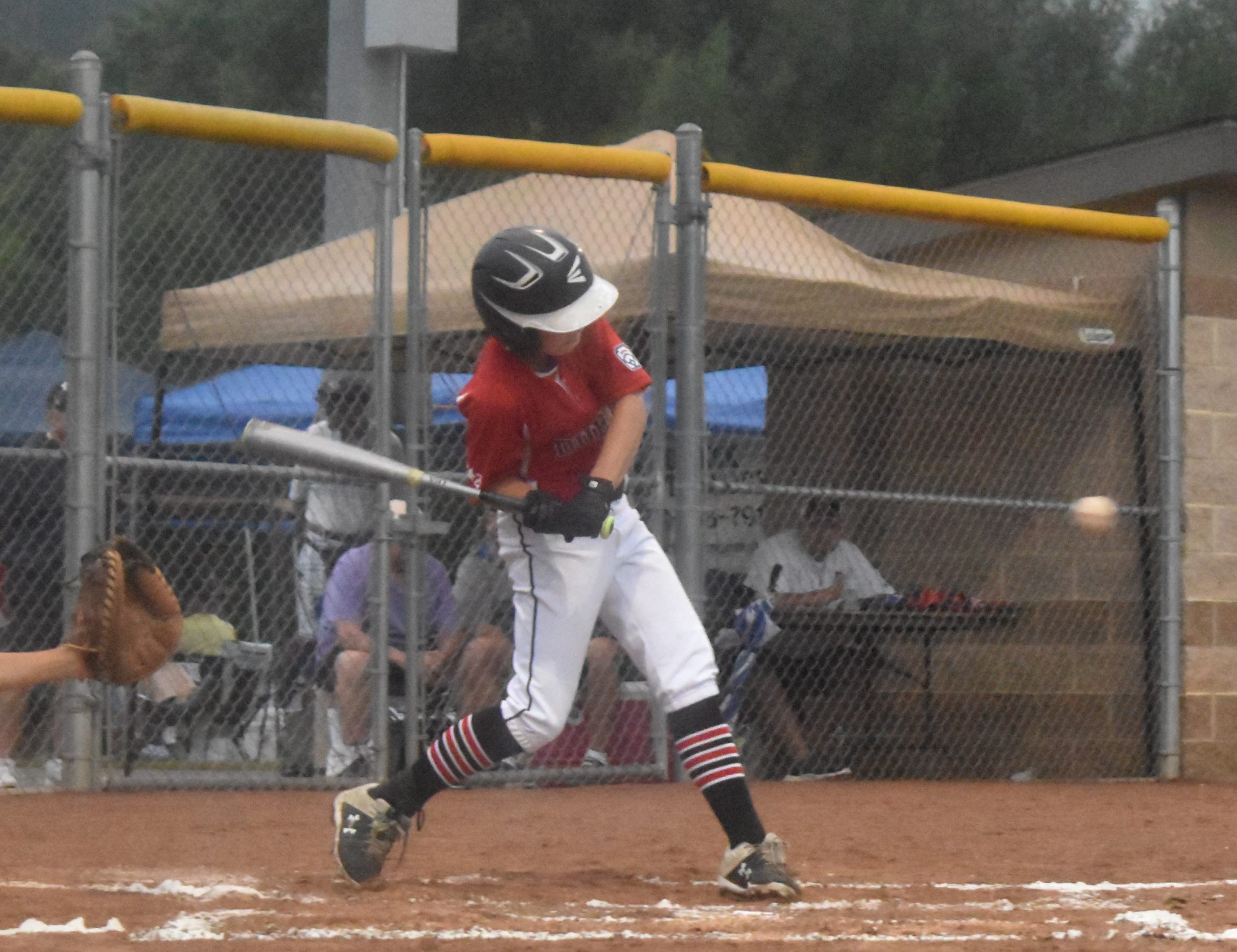 BRADFORD, Pa. – The DuBois major all-stars looked poised to win their opening game of the Pennsylvania Little League State Championship tournament, but Keystone had other ideas.

DuBois led 5-0 going into the top of the fifth, but Keystone scored five times to tie the game and plated three more runs in the seventh to earn an 8-6 win.

Keystone, hailing from Clinton County, is no stranger to the state championship tournament, including in 2011, when they made a run to the Little League World Series.

A bases-clearing double by No. 9 hitter Gabe Killinger got them within 5-3, while Luke Nonemaker got them within one with an RBI single. An intentional walk loaded the bases for Kyle Everett, who narrowly missed hitting a grand slam, instead settling for a sacrifice fly to tie the game.

In the seventh, Killfinger gave Keystone a 6-5 lead with an RBI single, while Hayes Donley drew a bases-loaded walk and Blake King ripped an RBI single.

All of this came after DuBois scored four runs in the fifth to take its 5-0 lead.

“That’s the game of baseball,” said DuBois assistant coach Dom Morelli .”We were in it. We didn’t make any huge mistakes, it’s just the way the cookie crumbled. We’ve got to bounce back. We’ve got to come back tomorrow and win.”

Luke Reed’s RBI single in the third inning was the only run of the game until Reed drew a bases-loaded walk in the fifth to make it 2-0. DuBois scored its four runs in the fifth on just one hit. Lance Davison, who went five strong innings on the mound, followed with an RBI hit-by-pitch. Brody Knouse came up next and also drew a knock, and Evan Burton followed with an RBI fielder’s choice for the five-run cushion.

DuBois tried to rally in the sixth, as Krouse had an RBI fielder’s choice, but Keystone pitcher Jaiden McCloskey got a groundout to end the game.

Davidson, who worked around a bases-loaded, one-out jam in the second inning, allowed three hits, walked five, and struck out two on 81 pitches.

McCloskey got the win in relief.

Hollidaysburg built a 6-0 lead and got a strong start on the mound from Brody Dull in a 6-2 win over Hermitage.

Braden Hatch had an RBI single in the first inning and Caleb Detrick ripped an opposite-field home run in the third to make it 2-0.

In the fourth, Hollidaysburg struck for three runs on an RBI single from Hatch and a pair of wild pitches.

Trailing 6-0 in the fifth, Hickory struck for a pair of runs as Seth Lordo and Ty Turosky scored on wild pitches.

Dante Evans started for Hermitage and allowed one run in two innings on four hits. Turosky came on in relief and allowed four runs (one earned) in 1 ⅔ innings, striking out four.

Turosky and Evans had base hits for Hermitage.

In the first game of the day, Cam Rakaczewski fired a complete-game shutout as Greencastle blanked Back Mountain, 3-0.

Rakaczewski allowed just five hits and one walk while recording 11 of his 18 outs via strikeout.

He also went 1-for-2 with an RBI, with Luke Anderson and Connor Flohr also driving in runs. Greencastle scored single runs in the third, fifth, and sixth innings

Sameer Dhillon was 2-for-2 with an RBI for Aston Middletown, while Chase Callahan also drove in a run.

Thursday’s game will feature Greencastle vs. Southern Lehigh (5 p.m.) and Hollidaysburg vs. Keystone (7:30 p.m.) in the winners’ bracket, while Back Mountain will take on Aston Middletown (12 p.m.) and DuBois against Hermitage (2:30 p.m.) in the losers bracket.

Every team that lost on Day 1 is still alive.

Long-Time Clarion Softball Coach Shofestall Announces Retirement — Clarion SportsZone Story
Bradford Has Become Perfect Host for Little Leagues State Tournaments
This website or its third-party tools process personal data.In case of sale of your personal information, you may opt out by using the link Do not sell my personal information.
×
Manage consent