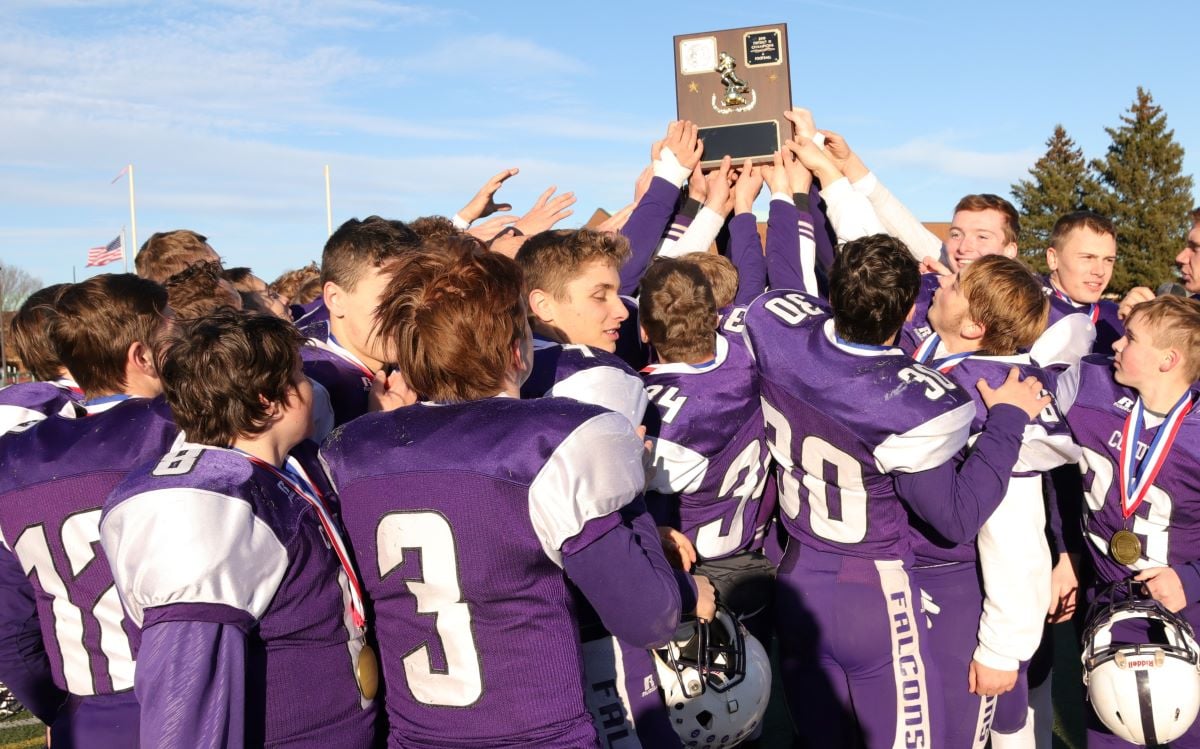 With the conclusion of the District 9 schedule Friday night, the playoff picture has been clearer.

It appears that the Class 1A playoffs will be a seven-team field with Redbank Valley as the top seed.

Union/A-C Valley’s win over Coudersport should give the Falcon Knights the No. 2 seed, while Smethport will be the No. 3 seed after not playing Friday night. Keystone will be the No. 4 seed with Port Allegany jumping into the No. 5 seed thanks to its win over Kane Friday. Curwensville will slot in at No. 6, and Cameron County comes in at No. 7 thanks to beating Bucktail for a second time this season Friday.

That means Redbank Valley should get a first-round bye unless Coudersport elects to still enter the postseason at which point the Falcons would be the No. 8 seed and play at Redbank Valley. Union/A-C Valley will host Cameron County, Smethport will host Curwensville, and Keystone will host Port Allegany. Those games will be next week.

All of that, of course, is unofficial and could change if District 9’s numbers are different than ours.

In Class 2A, it will either be a four-team field with Karns City as the top seed, Ridgway as the No. 2 seed, Brookville as the No. 3 seed, and Central Clarion as the No. 4 seed.

That means Karns City will play Central Clarion and Ridgway will play Brookville with both of those games likely to be played in two weeks instead of next week.

In Class 3A, District 9 will play a championship game next week with St. Marys as the No. 2 seed and Clearfield as the top seed. The winner will most likely play Bedford out of District 5 at Bedford in two weeks.

Class 4A is a subregion with District 9 play District 8 in a semifinal game while two teams will play each other with that winner playing the winner of the 9/8 game.

So DuBois will represent District 9 and host University Prep out of District 8 next week, while Juniata and Bellefonte look poised to play in the D6 game.

All of this is unofficial. Brackets will come out over the weekend.

Oct. 29, 2021 D10 Football: Stallworth, Farrell Topple LeBoeuf; Warren, Greenville Notch Wins
Oct. 29, 2021 D9 FB: Cameron Co. Gets First Playoff Berth Since 2010; Port Allegany Gets Defense in Beating Kane; Keystone Rallies in 2nd Half
We use cookies on our website to give you the most relevant experience by remembering your preferences and repeat visits. By clicking “Accept All”, you consent to the use of ALL the cookies. However, you may visit "Cookie Settings" to provide a controlled consent.
Cookie SettingsAccept All
Manage consent