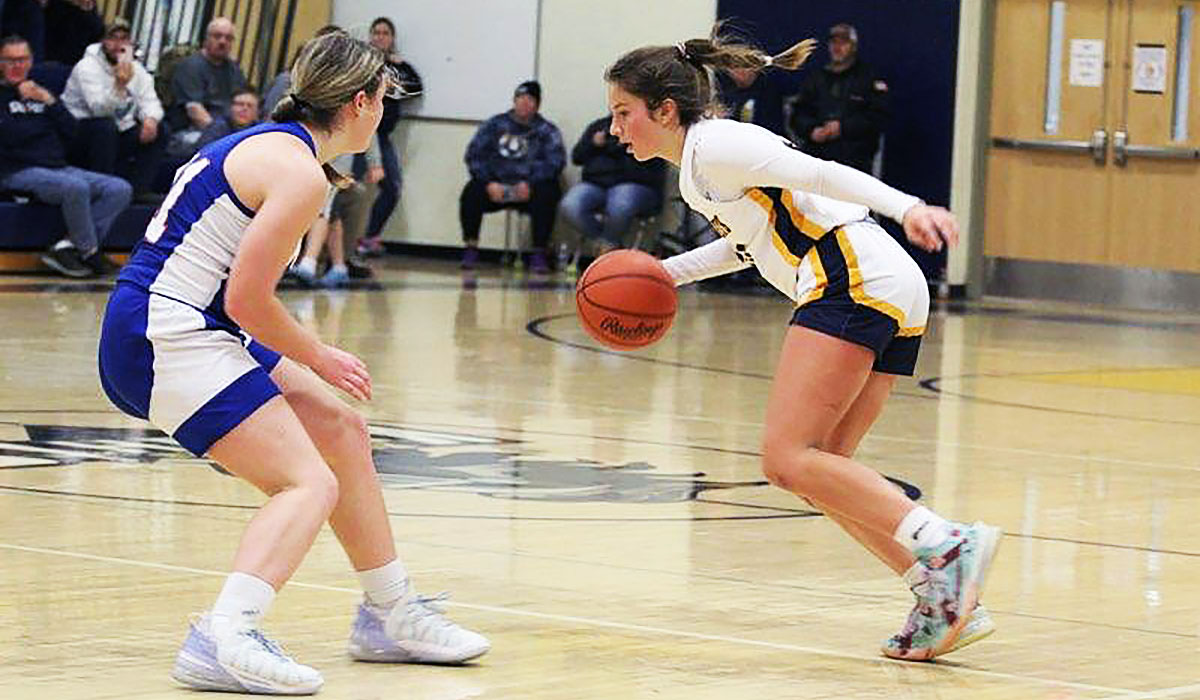 SUGARCREEK BOROUGH, Pa. – Freshman Clara Steinberg scored 15 of her 24 points in the first half as Eisenhower earned a 56-27 win over Rocky Grove.

Steinberg knocked down a pair of 3’s for Eisenhower, while Bella Marino tallied 11 points and Laney Font and Mackenzie Dunn added eight points each.

Savannah O’Hara and Maggie Means added 10 points each for Maplewood, while Rhaelynn Koelle had eight points.

GREENVILLE, Pa. – Greenville outscored West Middlesex 19-4 in the second quarter on its way to a 42-26 victory.

Grace Cano had 16 points and seven rebounds to lead Greenville, which improved to 5-0 with the win.

ALBION, Pa. – Lakeview outscored Northwestern 17-10 in the second half on its way to a 30-23 win over Northwestern.

Iroquois led 27-20 after three quarters and held off a late Commodore Perry rally.

KISSIMMEE, Fla. – Amaree Pickens poured in 20 points as Cathedral Prep won for the second time in as many days in the KSA Tournament.

Pickens was one of three Ramblers in double figures, as Semontae Lofton tallied 11 points and Tavion Spencer 10.

The unbeaten Ramblers look to go 3-0 on their Florida trip when they battle Pingree (Mass.) on Thursday.

Braylon Littlejohn was also in double figures for Butler with 16 points, while Ryan Porch added 12.

TRANSFER, Pa. – Cam Keyser had another big game with 23 points as Jamestown earned a 57-47 win over Reynolds.

Seamus Ford and Carter Williams were also in double figures for the Muskies, scoring 11 points each.

The Trojans will play Bayside (Fla.) on the final day of the tournament on Thursday.

Pizza Hut Scoreboard: Dec. 21, 2022: D9/10 Basketball
Kelly Helps Moniteau Girls Explode in Fourth Quarter for Win over Karns City; Brockway Boys Get First Win Dec. 21
This website or its third-party tools process personal data.In case of sale of your personal information, you may opt out by using the link Do not sell my personal information.
×
Manage consent