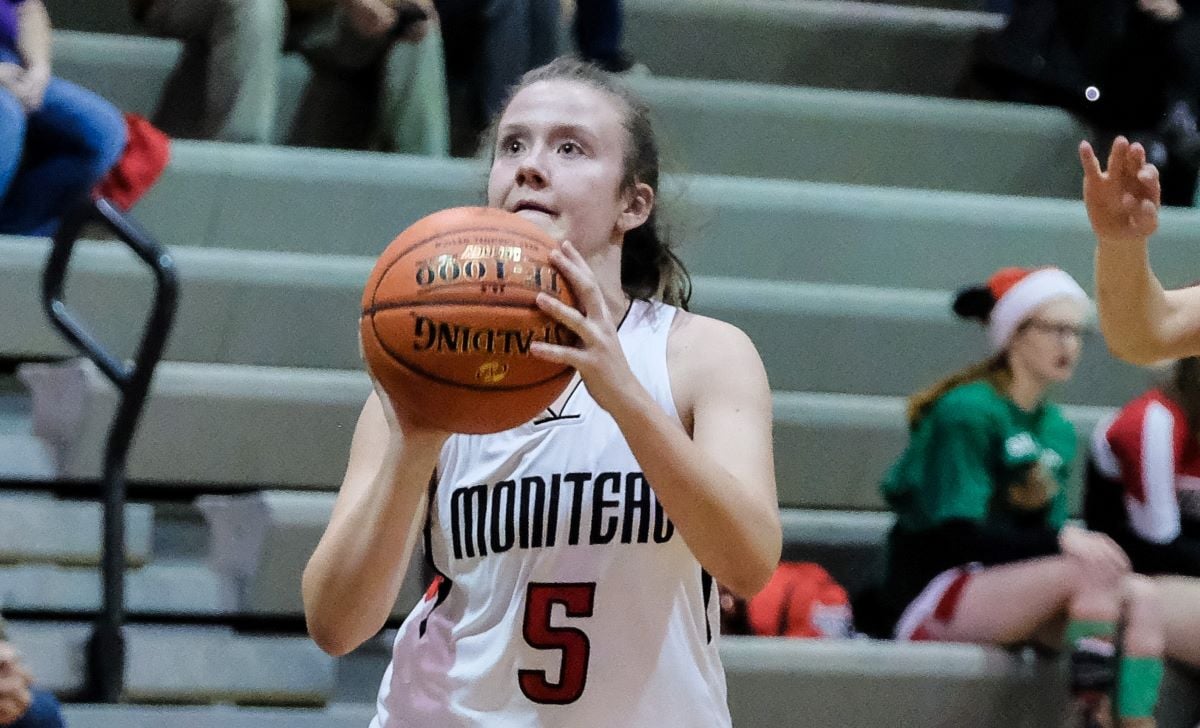 WEST SUNBURY, Pa. – After spending three quarters struggling on offense, Moniteau exploded for 18 fourth-quarter points on its way to a 40-37 home win over rival Karns City.

The Lady Warriors trailed by seven 29-22, going to the fourth quarter but Catherine Kelly hit a pair of 3-pointers and scored 10 points in the quarter to lead the comeback.

Kelly finished with a game-high 20 points, while Abbey Jewart scored five of her eight points in the fourth quarter. Jewart also dished out four assists.

Kendall Sankey cleaned up the glass for Moniteau with 10 rebounds while handing out six assists.

Bel Porterfield and Hallie Rigas each added six points for the Lady Falcons with Sierra Myers chipping in five.

Katie Sheeler hit six 3-pointers and scored all 24 of her points in the first three quarters. She added four steals.

ST. MARYS, Pa. – Alexa Schneider scored 13 points and was one of four St. Marys players to reach double digits in a 62-19 home win over Brookville.

The Raiders led 17-5 to start the game, forcing seven first-quarter turnovers, and never trailed from there as they lead 28-20 at halftime and as many as 18 points at 43-25 late in the third quarter.

AUSTIN, Pa. – A big third quarter helped Brockway secure its first win of the season with a 50-42 road victory over Austin.

The Rovers trailed 19-17 at the break but outscored the Panthers 19-9 in the third quarter behind a pair of 3-pointers from Brady Demonte and a triple by Aiden Wilcox.

Aiden Grienesen then scored seven of his team-high 13 points in the fourth quarter to close out the win.

Wilcox and Demonte each added eight points in the win with Alex Carlson chipping in seven.

Jacob Hoofftallen had a double-double for Austin with 15 points and 12 rebounds with Dawson Hooftallen adding 10 points. Jacob also chipped in four steals.