D10 and D9 Alums Making Their Mark with Thiel Football 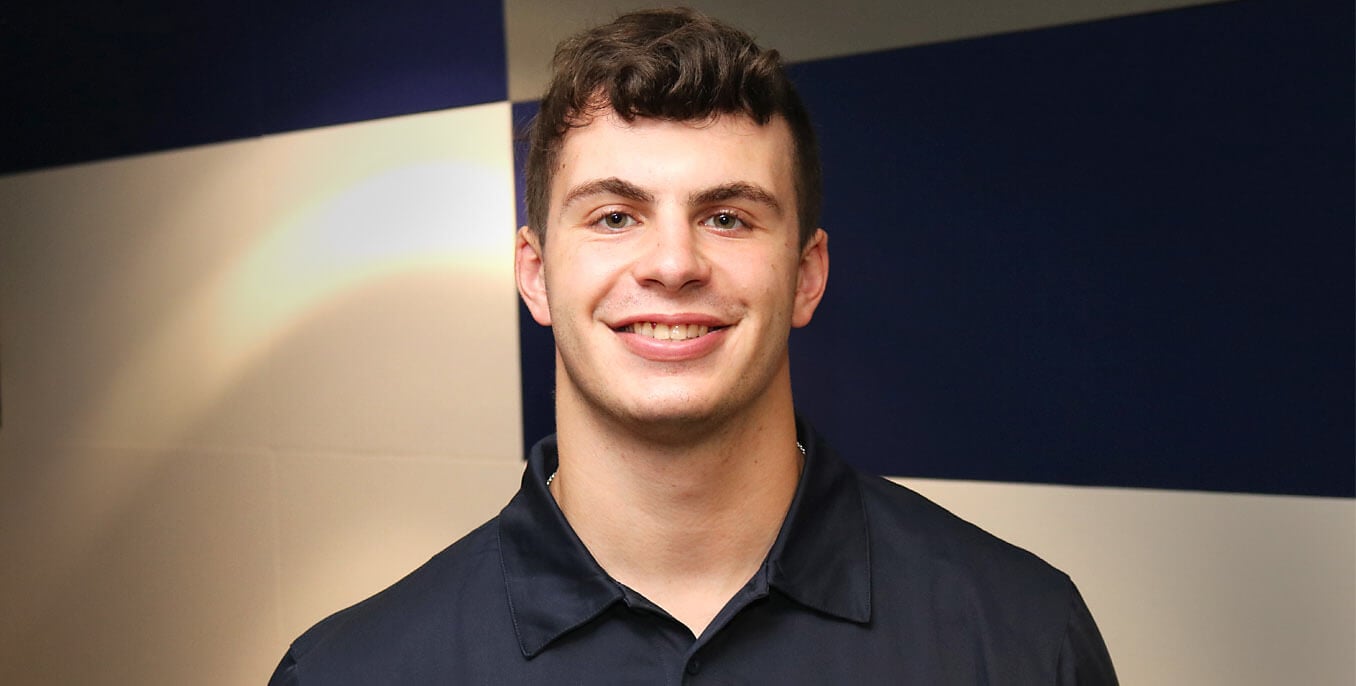 LATROBE, Pa. – Mike Winslow was hired as the head football coach at Thiel College in December of 2018, tasked with building his alma mater back into a contender.

Winslow hails from District 10 territory as a native of Hermitage and a graduate of Reynolds High School and understands the importance of establishing that recruiting base for the school located in Greenville.

“Western Pennsylvania and Eastern Ohio is our primary recruiting base,” he said. “Having experience in District 10 and knowing the kind of athletes and the type of toughness a kid has, you kind of know what you’re getting. A tough, hard-nosed football player with good values. We do take those things into consideration when recruiting. It is an area that we do hit hard.”

And after an 0-10 first year, the Tomcats were unable to compete in this past spring season due to the ongoing pandemic. That gave Winslow and his staff plenty of time to hit the recruiting trail and they returned with a massive haul.

This season, the Tomcats will have 55 freshmen on their roster, 10 of which come from Districts 10 and 9. That is in addition to the 11 already on the roster.

“Not having to prepare for a season really made it easier to recruit those types of numbers,” Winslow said. “The staff worked really hard. I mean those are the guys that were on the ground, at practices, making the connections, getting them on campus. It took a lot of work to do all those things and navigate through all the restrictions.

“And we’re very pleased. The average in this freshmen class is over a 3.0 GPA. They’re good, quality young men and women, we have a young lady in the program. So it was really hard not having a season but we were able to channel our focus toward recruiting and player development.”

Included in that group of returning players are guys who are expected to have a big impact including Bradford’s Donny Pattison, a junior who will move to linebacker after starting at tight end, as well as sophomore receiver Jake Reddick, who hails from Grove City, sophomore receiver Nick DiLullo from DuBois, senior offensive lineman Nick Lanshcak from Grove City and junior defensive linemen Dominick Knierman from Conneaut and Jordan Volpe from Sharon.

Pattison made 10 receptions for the Tomcats as a freshman while starting all 10 games and Knierman made four starts, registering six tackles, three of which went for a loss, as well as one sack.

And it wasn’t easy for those players, along with the rest of the returning players, to not have a season. They were one of two PAC schools, along with Case Western, that did not compete in the spring.

“It wasn’t fun, it wasn’t easy,” Winslow said. “It was a very tough decision. I had a long sit down with the team to discuss it after sitting down with the administration. This is really what was best for us long term, but it was really hard for a lot of people. It was hard for the coaches, hard for the players, especially the ones who are at the end of their careers. But we made the most out of it. We entered a huge community service project, making connections with kids. We worked hard in the classroom, we worked hard in leadership development. We still practiced, but they did not get that competition. There’s no replacement for that. We made the most of it, but it was not easy.”

And while Winslow said it’s not ideal to have as young of a team as he does, there’s also a level of excitement as the Tomcats get back to work.

“It’s not ideal. In any program, you want to have a veteran group,” Winslow said. “You like a veteran group to be leading the charge, but this is where we’re at. We have a number of young players who are going to get an opportunity to play early and sometimes that’s a good selling point for them. They’re not going to have to wait around three or four years and they’ll get an opportunity to play early in their careers. Some of them are going to have the opportunity to be four-year starters, so sometimes that can be an advantage as well in the recruiting process.

“Being really young, going against a team with 40 seniors, there are going to be growing pains. But sometimes that’s part of the fun is watching them grown and develop.”

Thiel kicks off its 2021 fall season at Allegheny College on Sept. 4 at 1 p.m. before opening PAC play at home against Washington & Jefferson on Sept. 11 at 1 p.m.

Grove City College Football Making it a Point to Recruit, Win with D9 and D10 Players
Clarion Watches With Pride as Former Golden Eagle Wrestler Abdurakhmonov Wins Olympic Bronze
We use cookies on our website to give you the most relevant experience by remembering your preferences and repeat visits. By clicking “Accept All”, you consent to the use of ALL the cookies. However, you may visit "Cookie Settings" to provide a controlled consent.
Cookie SettingsAccept All
Manage consent