Grove City College Football Making it a Point to Recruit, Win with D9 and D10 Players 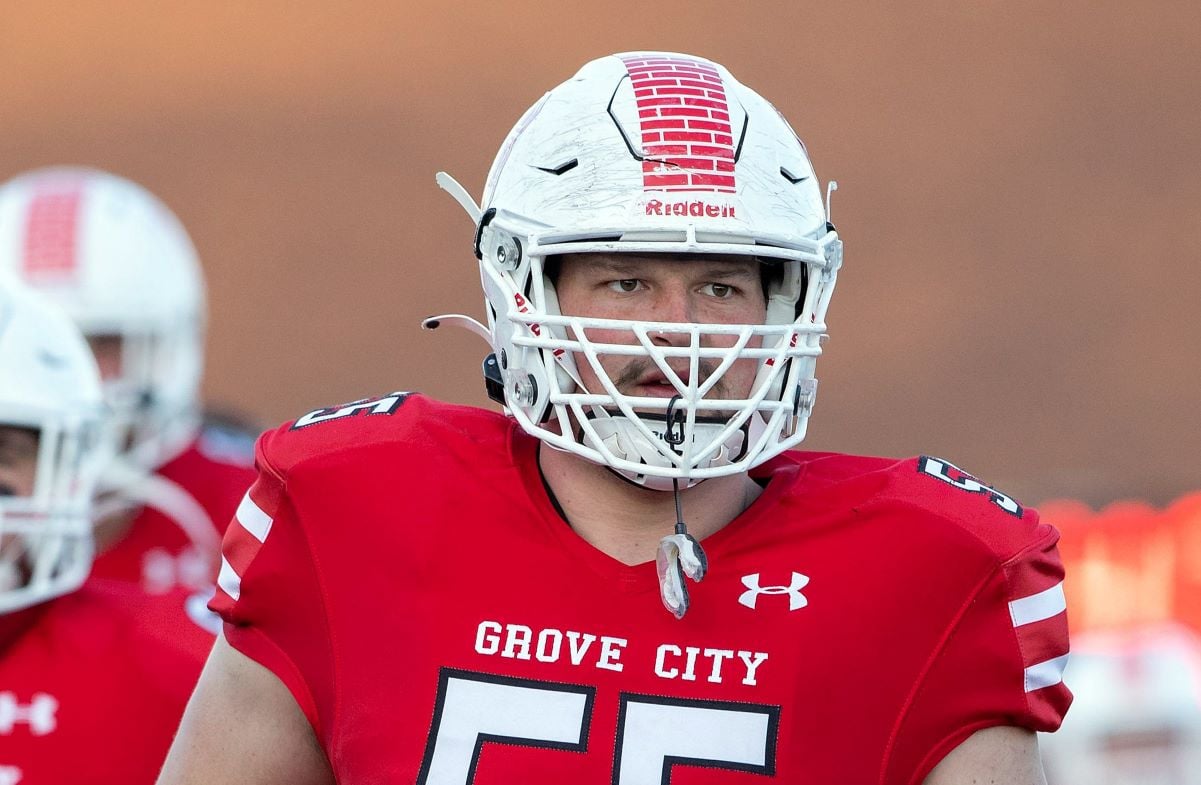 LATROBE, Pa. – When Andrew DiDonato took over the Grove City football program in 2016, he knew the only way to build the Wolverines back into a football power was to recruit Western Pennsylvania.

“One of the biggest things we did when we got to the program is we thought we needed to get back on track and rebuild things,” DiDonato, a 2010 Grove City graduate, who played with current Redbank Valley head coach Blane Gold at the school. “The first thing was recruiting, and the first aspect of recruiting was building local. Western Pennsylvania is a great area of football, specifically District 9 and 10.”

To say DiDonato and the Wolverines are making a living off those areas would be an understatement.

The current 2021 roster features 16 players with ties to schools playing in the two Districts (that total including Butler, which joined District 10 as a football-playing member last season).

Included in that group is Honorable Mention Presidents Athletic Conference Nose Tackle James Parenti of Moniteau, a junior who was sixth on the team with 26 tackles in the abbreviated Spring 2021 season, as well as junior inside linebacker Curtis Freyermuth of Cochranton, who played just one game because of an injury making six tackles in the spring who could compete for a starting job once healthy, and junior running back Clayton Parrish of West Middlesex, who is expected to compete for the starting job this year after averaging 4.6 yards per carry with tying for the team lead with two touchdowns in the spring.

DiDonato, who has led Grove City to a 19-7 record over the last three seasons including 17-5 in the last two full seasons with a pair of James Lynah Bowl wins, said the draw of playing close to home is a big one for athletes in both D9 and D10.

“A big thing is playing college football and getting to have your parents be close by and see you play, ” DiDonato said. “That has been a big thing for us. Also, it’s about having the resources and the support system around you. A lot of the guys we have gotten locally, have a great support system being at Grove City College, not just athletically but in all areas of life.”

While recruiting locally is nice, there have to be players good enough to compete at a high level of NCAA Division III football for the plan to succeed.

According to DiDonato that is absolutely the case in both District 9 and District 10.

“It’s very high up there,” DiDonato said. “That is why we want to win, turn the program around, with local guys. I know that from experience. I went to South Fayette. I played at South Fayette. We played Hickory in two state semifinals. When you get to the state semifinals and you see an amazing team like that, it’s pretty amazing the local talent. It is. It’s awesome.”

DiDonato also believes the alumni network of Grove City helps in his recruiting.

“We have guys (in the high school coaching ranks who are alumni),” DiDonato said. “Sam Mowery, right across the street at Grove City High School, played with my brother. I played with Blane Gold (the Redbank Valley head coach). There are so many local connections. To have those guys locally who had a great experience at Grove City to encourage local players to take a look at us, it’s very important.”

DiDonato said once District 9 and District 10 players have success at Grove City it just helps build the next wave of players from the area.

“I think about captains,” DiDonato said. “Ethan Conto and Dalton Callihan, two Karns City guys as captains. So, when local guys look at us they see that not only do we have a number of guys but key players us. Lucas Solerno is another Karns City guy. We’ve had all-conference guys from local schools. I think when they see those guys come here and have success, it helps us recruit more of them.”

Ethan Conto, a Grove City alumni from Karns City High School, was a team captain during his stint with the Wolverines. Photo courtesy of Grove City Athletics

NOTES: Grove City kicks off the 2021 fall season at 1 p.m. Sept. 4 at Juniata before opening PAC and home play at 7 p.m. Sept. 11 vs. Bethany … The Wolverines went 2-2 in the abbreviated spring season winning their first two games before dropping their last two … Grove City is led by senior wide receiver Cody Gustafson, the 2021 PAC Offensive Player of the Year. Gustafson, from Shippensburg High School, is engaged to North Clarion graduate Michaela Higgins … In keeping with the D9/D10 theme in the spring, senior guard Luke Sherrod of Meadville was second-team All-PAC choice joining Parenti in area players being honored.

Johnsonburg’s Shuey Makes Hometown Proud in Olympic Debut
D10 and D9 Alums Making Their Mark with Thiel Football
This website or its third-party tools process personal data.In case of sale of your personal information, you may opt out by using the link Do not sell my personal information.
×
Manage consent