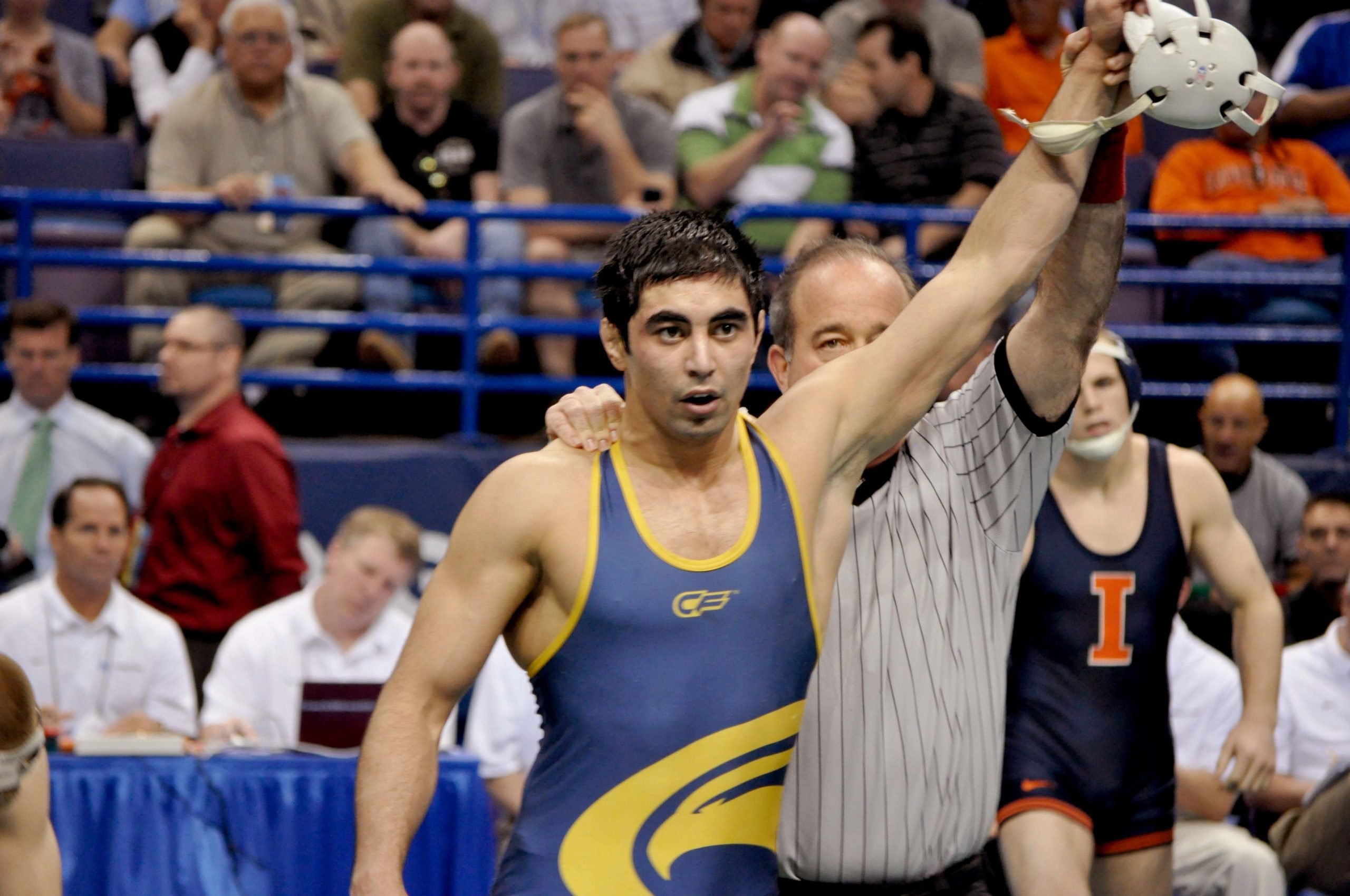 TOKYO – Former Clarion University wrestling All-American Bekzod Abdurakhmonov is not only an Olympian, but now an Olympic medalist.

Abdurakhmonov, competing in the 74 kg weight class in men’s freestyle for his native Uzbekistan, captured bronze with a 13-2 victory over Daniyar Kaisnov of Kazakhstan in Tokyo on Friday.

His lone loss came to eventual gold medalist Zaurbek Sidakov of the Russian Olympic Committee, this after beating former NCAA champion Franklin Gomez of Puerto Rico, 10-0. He followed the loss with a 10-0 victory over Augusto Midana of Guinea-Bissau in the repechage (wrestlebacks) round to get to the bronze medal match. That’s an impressive score of 33-2 in his three wins.

The medal comes five years after Abdurakhmonov narrowly missed out on the podium, coming in fifth at the in the 2016 Olympics in Rio.

Clarion University wrestling coach Keith Ferraro was watching every step of the way.

“It’s pretty exciting to see him there,” Ferraro said. “I watched every match. I had a lot of confidence in him. He’s such a great person and to see him get it done, what he’s been working so hard for, is just a great feeling.”

Ferraro took over as head coach of the Golden Eagles in 2014, and came on staff as Abdurakhmonov‘s Clarion career was coming to a close.

“So I came on staff just as he was finishing up and became a graduate assistant,” Ferraro said. “We’ve remained friends and have stayed in contact since then.”

The two spoke about a month ago, and Ferraro’s message was a simple one.

“I just reached out to him and wished him the best of luck,” Ferraro said.

This isn’t the first time a Golden Eagle wrestler has reached the medal stand in the Olympics. In fact, Clarion has a strong tradition on the international stage, most recently with Kurt Angle, who won gold in 1996 in Atlanta.

That’s one heck of a recruiting pitch.

“I don’t think you can put a value on hearing Clarion University over and over again in primetime Olympic coverage,” Ferraro said. “It makes a statement that you can come in and compete at the highest level. It’s an extremely valuable recruiting tool. It’s a big deal at any institution. My job is to find more guys that can do the same.”

His current group of Golden Eagles were watching intently as well.

“Seeing that kind of success should motivate any young wrestler,” Ferraro noted. “It’s just a reminder that you can reach your goals with a lot of hard work and dedication. And they’re ready to put in the work.”

Abdurakhmonov is no doubt busy, while at the same time trying to soak in his accomplishment on the world’s biggest stage, so Ferraro intends to wait a little while before connecting with his friend again.

“I’m not going to bother him right now, I’m sure he has a lot going on,” Ferraro said. “I’m sure we’ll be in touch soon though.”

And Ferraro insists that conversation will be just like any other between the two.

“I’m sure it will be just like any other conversation,” Ferraro said. “I’ll tell him how proud we are of him. It’s definitely a hell of an accomplishment. We certainly are proud of him here at Clarion.”

Port Allegany graduate Isaac Greeley, one of the owners of The Rehab Centre (which shares a paid sponsorship with D9and10Sports.com), has a special relationship with Abdurakhmonov, having trained and treated him in the past. He is equally proud of Abdurakhmonov’s accomplishments.

“It means a lot to see all his hard work pay off on such a huge stage,” Greeley said. “He is one of the most humble and gracious humans I’ve ever met and deserves this moment as much as anyone. I’m very excited to see what is next for him and if he makes the move back into mixed martial arts where he has a 6-0 professional record. Clarion University should be very proud of Bekzod and his bronze medal!”

D10 and D9 Alums Making Their Mark with Thiel Football
Big 30 All-Star Charities Classic Football All-Star Game Returns Tonight (Aug. 7)
This website or its third-party tools process personal data.In case of sale of your personal information, you may opt out by using the link Do not sell my personal information.
×
Manage consent