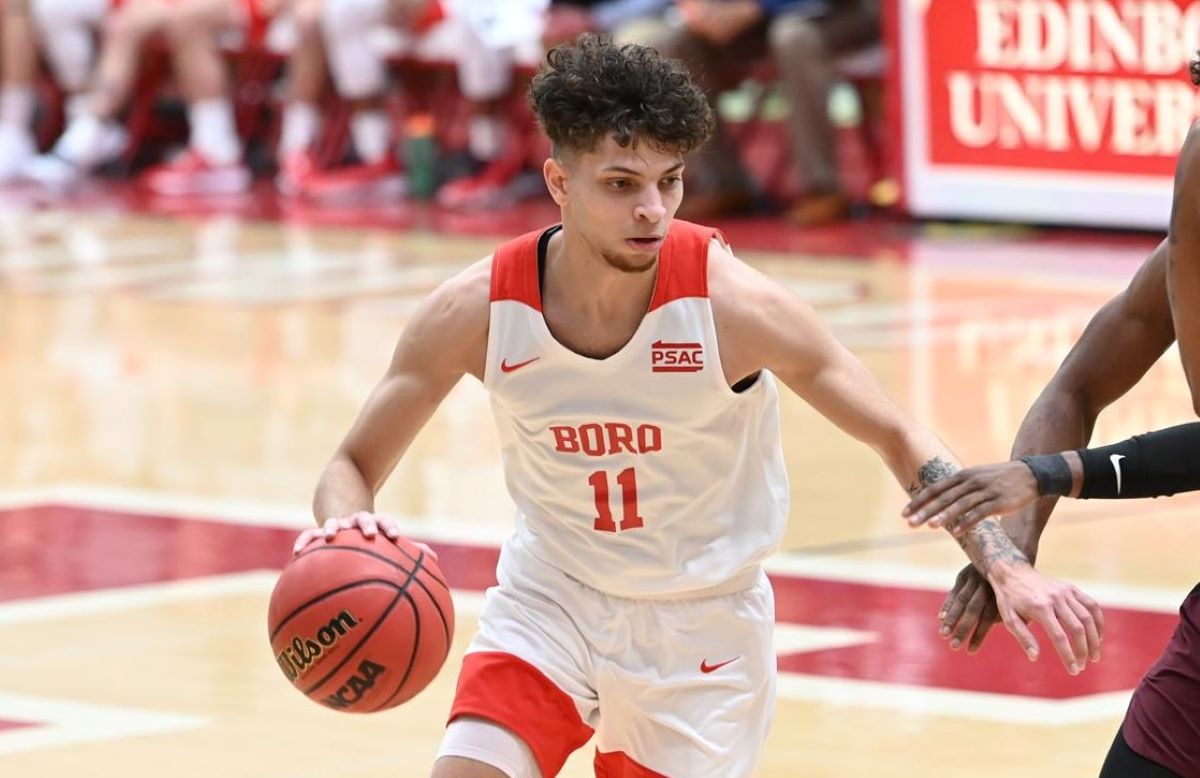 Edinboro, Pa – Edinboro guard Jaryn Simpson, a Cathedral Prep graduate, surpassed 1,000 career points as the Fighting Scots fell to Bloomsburg at home on Thursday night, with a final of 68-65.

With less than a minute left in the first half, Simpson drove down the middle of the lane and hit a jumper giving him his 1000th career point. Simpson would finish his special night with 12 points and three assists for the Fighting Scots. He has 1,004 career points.

Edinboro was down two points with less than a minute to play when Simpson stole the ball from the Huskies and was fouled. Simpson’s two clutch free throws tied things up at 65-65.

With five seconds left, Bloomsburg’s Justin Anderson hit a tough shot and gave the Huskies the lead at 67-65. The next possession, Edinboro’s inbound pass was stolen by Bloomsburg. The Huskies missed the second free throw, giving Edinboro one last chance as they trailed 68-65 with two seconds remaining. Edinboro’s final play was broken up once again, concluding the game.

In the first half, Edinboro found success with the three-point shot, as they connected on five out of their thirteen attempts. Simpson 1,000th point near the end of half got Edinboro within three points as Bloomsburg held a 32-29 lead at intermission.

In the second half, the Fighting Scots would never steal the lead away from the Huskies. With eight minutes remaining, a jumper by Bloomsburg gave them a 10-point lead, which was the only double-digit lead of the game. From that point on, Edinboro began to fight back and gain momentum. Edinboro immediately fired back with a 7-0 run with points coming from Terrence Moore, Dominique Keyes, and Cyrie Coates.

With three minutes left in the game, back-to-back three-pointers from Alex Jay and Deontae Robertson tied the game at 61-61. After the teams traded points.

Keyes led the way for Edinboro, another double-double in the book after he finished with 16 points, 11 rebounds, and three blocks.

Robertson and Simpson both finished with 12 points each.

Edinboro will be back in action at 3 p.m. on Saturday, Dec. 18, when they host East Stroudsburg.