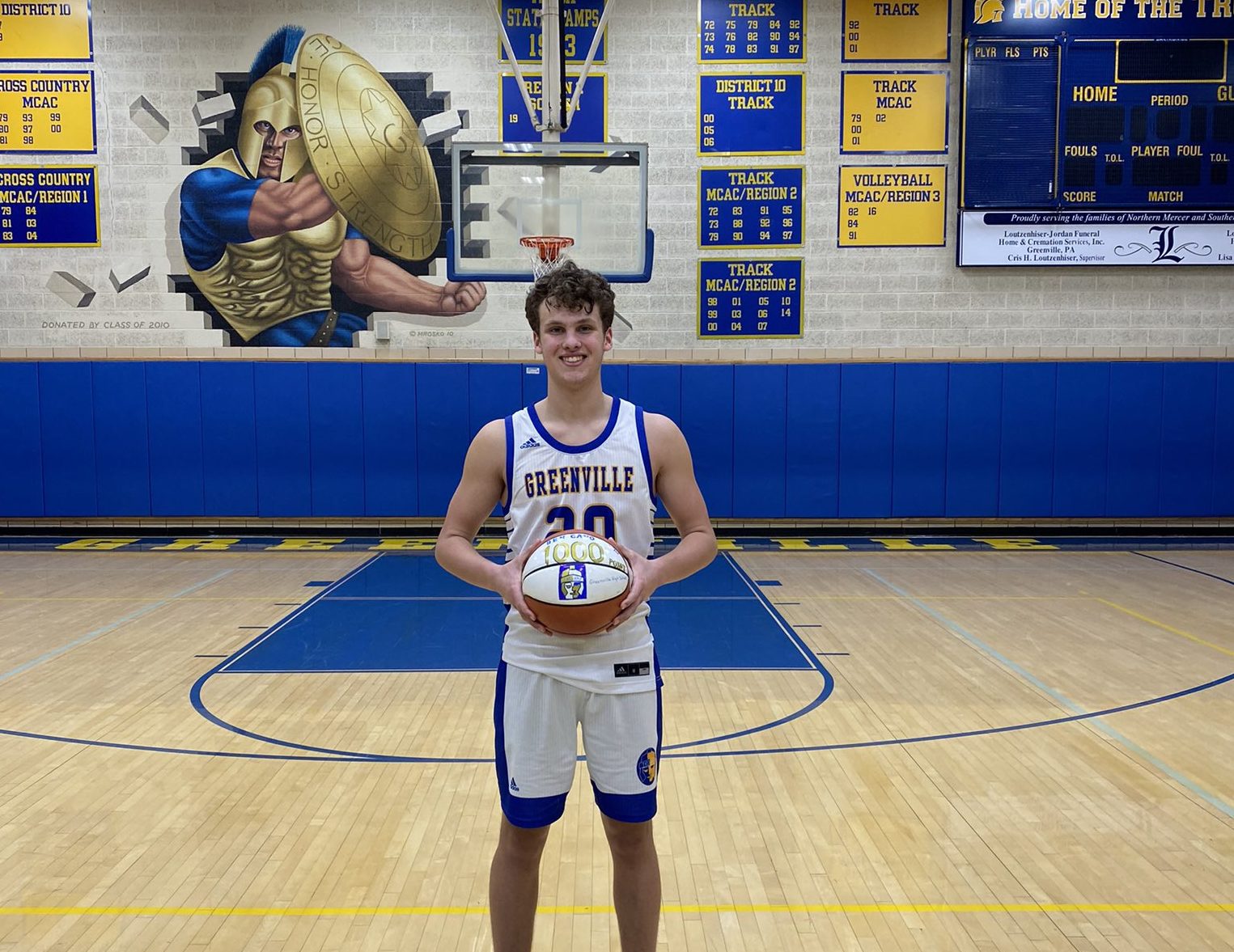 He got that and a whole lot more, scoring 25 to lead the Trojans to a 67-58 win over the Rockets.

The Trojans trailed by two at the half but outscored the Rockets 15-5 in the third quarter to take the lead.

Cano scored 17 of his 25 points in the second half, including 11 in the fourth quarter.  He reached the milestone with his first bucket of the third quarter, here:

Ethan Plesakov had a big game for Slippery Rock with 21 points, while John Sabo added 13.

OIL CITY, Pa. – Parks Ordiway scored 20 points, 11 of which came in the fourth quarter, including a 3 late in the final 10 seconds that lifted the Warren Dragons to a 48-46 Region 5 road win over Oil City.

Ordiway made three 3’s in the final eight minutes.

Oil City, which led 35-27 going into the fourth quarter, got 18 points from Holden Stahl and 13 from Judias Johnson.

The Oilers had a chance to win or tie the game in the final four seconds, but Cam VanWormer’s 3-pointer rattled out, as did the ensuing putback attempt.

Tommy Nyquist also had a strong game for the Dragons with 11 points and seven assists (including the game-winner to Ordiway), while Ben Berdine had 10 points and five rebounds.

The Blue Devils outscored the Braves 33-7 in the second half en route to the win.

Nathan Held poured in 16 points for the Blue Devils and Hunter Spaid nine. A total of nine different Cambridge Springs players made their way into the scoring column.

SAEGERTOWN, Pa. – Brady Greco poured in 26 points to lead Saegertown to a 65-43 win over Youngsville.

Greco scored 15 of his points in the second quarter, as the Panthers built a 38-13 halftime advantage.

Brady Olewine scored 12 of his team-high 16 points in the second half for Youngsville, while Timber Bower added 10.

RUSSELL, Pa. – After a slow start, Cochranton was able to pull away from visiting Eisenhower, 58-46.

The Cardinals trailed 10-6 after the first quarter but opened the second on an 8-0 run and ultimately took a 29-19 lead into halftime after Jon Gallo’s late 3.

Gallo talked about the win afterward:

The Cardinals continued their strong play in the third quarter, going on a 17-2 run to put the game away.

Jaiben Walker had 17 points and Tyler George 15 for the Cardinals.

Matt Panchura had 19 points for the Bulldogs and Reese Pero 16.

Danny Bruce had 14 points for GM and Eli Bruce 11.

Aaron Collins had a game-high 20 points for EFC.

The Royals outscored the Ramblers 32-18 in the second half en route to the win.

Khali Horton had a game-high 24 points for Cathedral Prep.

The Mustangs outscored the Big Reds 6-2 in the fourth quarter to force OT.

Mercer went on to outscore WM 12-5 in the extra session. Mattocks was 4-of-4 from the free-throw line in OT, while Connor Grosman knocked down a big 3.

Miller scored 12 of his 14 points in the first half, as the Sailors built a 28-14 halftime advantage.

Isaac Lightcap added 13 points for the Sailors and Gavin Grantham 11.

Derek Black added 13 points, while Brandon Drayer had 12 and Max Endres 10 for the Bison.

Mason Kroniser had 18 points for the Eagles and Roman DeMarco 16.