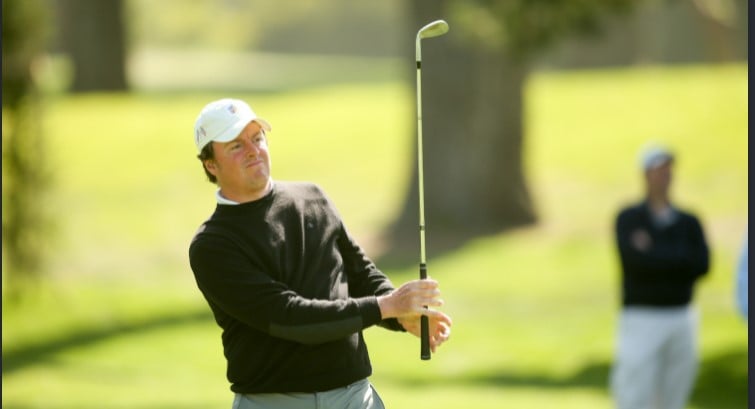 The Walker Cup Match is a 10-man amateur team competition between the USA and Great Britain and Ireland similar to the Ryder Cup. The 49th Match, which will be captained by Mike McCoy (also announced Wednesday) will be contested Sept. 2-3, 2023, at St. Andrews and the Smith captained team will take the course Sept. 6-7, 2025.

“Historically, I understand that there is no greater honor than being named captain of the USA Walker Cup Team,” Smith said. “I am ecstatic at the opportunity to lead this team at such a historic and storied venue. Providing the winning point for the USA during the 2013 Match is a memory I will never forget, and that accomplished feeling is something I’m focused on providing for the team in 2025.”

“Both Mike and Nathan have long, exceptional histories with the USGA and outstanding amateur golf resumes,” Stu Francis, USGA president, said. “Given the historic nature of the next two matches being staged at St. Andrews and Cypress Point, we wanted to give both of them the time to enjoy this leadership opportunity and plan their next few years accordingly. We congratulate each of them on an honor well deserved and look forward to watching them lead two talented USA Teams.”

Smith was a Division III All-America player at Allegheny College and is one of the most decorated mid-amateurs in the country. His four U.S. Mid-Amateur victories are a championship record – one more than Jay Sigel, a fellow Pennsylvanian who competed in a USA-record nine Walker Cups. Smith first won in 2003, at Wilmington (Del.) Country Club, to become the youngest-ever champion at age 25. Smith won consecutive Mid-Amateurs, in 2009 at The Kiawah Island (S.C.) Club, and in 2010 at Atlantic Golf Club in Bridgehampton, N.Y., before making history with his fourth win in 2012, at Conway Farms Golf Club in Lake Forest, Ill., becoming only the 15th person to win the same USGA championship at least four times.

The Brookville native teamed up with 2013 Walker Cup teammate Todd White, of Spartanburg, S.C., for a victory in the 2015 U.S. Amateur Four-Ball, capturing the inaugural title with a 7-and-5 victory over Greg Earnhardt and Sherrill Britt on The Olympic Club’s Lake Course in San Francisco, Calif.

Smith was a standout high school golfer for the Raiders winning the 1994 PIAA Championship.

Slippery Rock Grad Mineo Combines on No-Hitter, Earns Weekly PSAC Baseball Award for SRU
Pair of D9 Alumnae to be Inducted into Clarion U. Sports Hall of Fame; (Day) Shute, Heeter to be Honored
This website or its third-party tools process personal data.In case of sale of your personal information, you may opt out by using the link Do not sell my personal information.
×
Manage consent