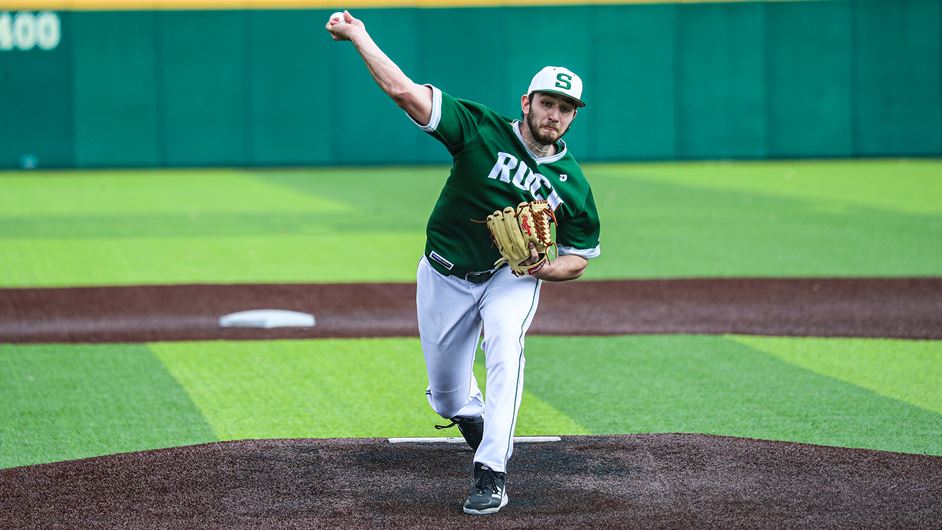 Mineo was nothing short of dominant in his first start of the season, tossing one of the best games of his career this weekend in a combined no-hitter. Mineo struck out 17 of the 18 batters he faced over six innings without allowing a hit and walking just three batters, combining with Travis Holman as part of a 19-0 victory for SRU over Davis & Elkins.

The 17 strikeouts are a Slippery Rock record and the fourth most by a PSAC pitcher all-time.

Of the 18 outs Mineo was on the mound for Sunday, only one was recorded by another Rock athlete, as Connor Hamilton threw out a Davis & Elkins baserunner who was attempting to steal second base.