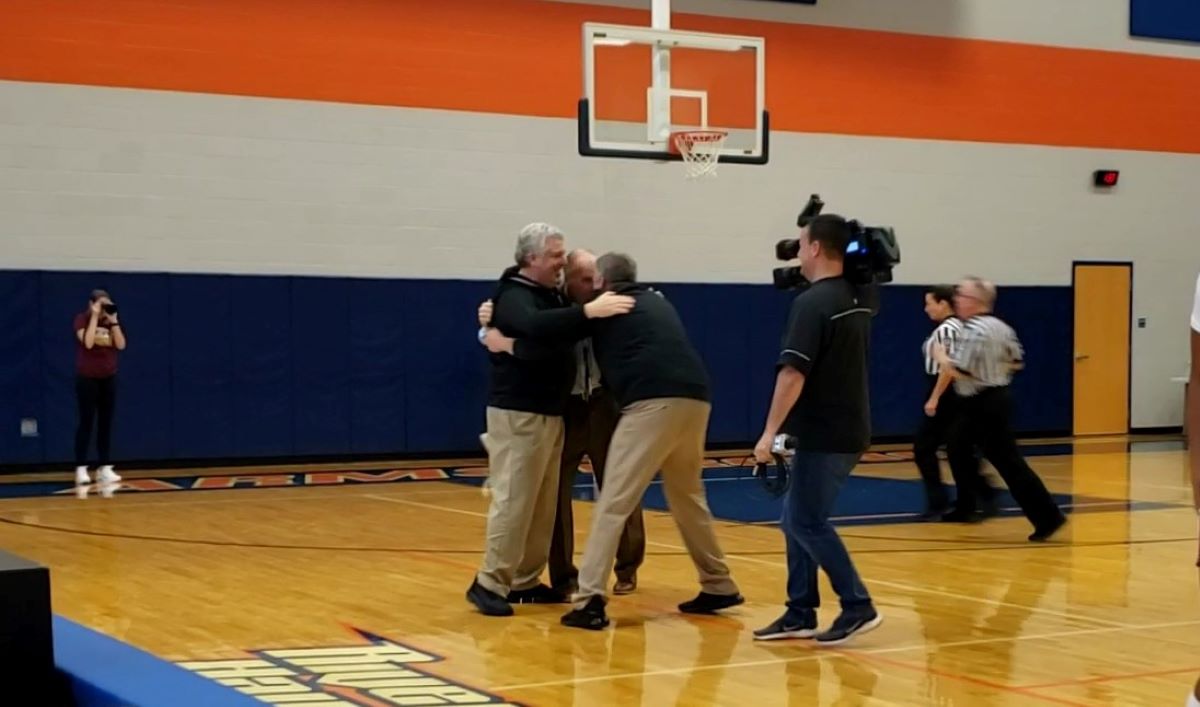 The Kennedy Catholic Golden Eagles (25-2) will square off with District 4 champion Northumberland Christian (26-3) for the Class 1A state title at Hershey’s GIANT Center at 12 p.m. Thursday.

The Golden Eagles are in their first state title game since they won it in 2001 under the direction of Father Rick Tomasone.

Justin Magestro guides this group into Hershey with dreams of state gold.

“It will feel incredible!” said senior Bellah DiNardo. “Isn’t it every athlete’s dream to be able to play on the big stage?. We have worked every day since last year to earn our place on that court in the championship game.”

DiNardo has saved her best basketball for the postseason, scoring 19 points per game over the last three playoff wins.

The Golden Eagles had blowout wins over North Clarion, Shanksville-Stonycreek and Otto-Eldred before getting pushed by Portage, 51-45 in a game they led by 14 and were able to hold off a furious Portage rally.

“It will be a once-in-a-lifetime opportunity that we will not take for granted,” said junior guard Paris Gilmore about playing in the state championship game. “I am very excited, very nervous, yet very prepared.”

Kennedy has been efficient offensively and dominant defensively.

Alayjah Jones, Isabella Bianco, Alaina Suhar, and Sophia Lombardi have also been key cogs for the Golden Eagles this season.

Fields and Vincent are both freshmen.

Defensively, they have allowed just a shade under 30 points per game.

They will be facing a Northumberland team that followed a similar path with three lopsided wins followed by a stiff test in the semifinals.

They beat Greenwood, Jenkintown, and the Christian School of York before a 62-54 win over Williamsburg in the semifinals.

In the Warriors’ case, they actually rallied from a seven-point halftime deficit en route to the semifinal win.

“They have height and speed, we just need to adjust and find the best matchups to be successful,” DiNardo said.

“They have a strong point guard who leads her team and stopping her will be a key role in our game plan,” noted Gilmore.

The Warriors are 6-1 in the PIAA playoffs, and along with Kennedy Catholic, were alive in 2020 when COVID-19 put a halt to the championships.

“I have dreamed about playing for a state championship since I started playing basketball,” DiNardo said. “Especially talks with my late Dad about it. There is still work to do before I can imagine that feeling. But the best part is sharing it as a team.”

It’s been a season for the ages for Kennedy, one they hope ends with gold.

“Being with my teammates and friends has been the best part of our journey,” Gilmore said. “Especially with our seniors, just making the best of every moment and taking it day by day, win by win, and by reaching our last goal. Winning a state championship would literally be a dream come true. A lifelong dream! We are not finished, we have one more hurdle to overcome AS A TEAM.”

Added DiNardo: “Just being with my KC family every day! It is a beautiful place to be! I have made friendships that will last a lifetime.”