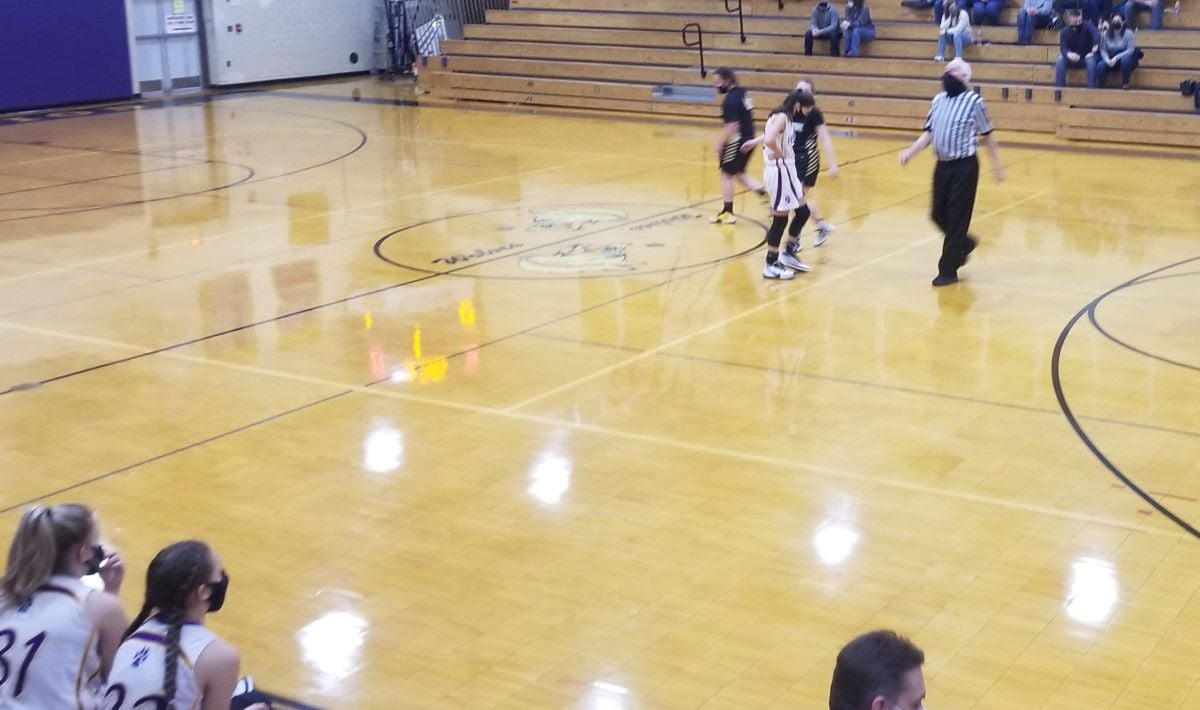 A failure of leadership is smacking us in the face every second of every day in high school sports in Pennsylvania right now.

How do we know this? It’s simple. Just look at the basketball postseason. It is complete anarchy.

Are fans allowed? How many fans are allowed? Are games at home sites? Neutral sites? Are there student sections? Can all media members attend? What about grandparents? Parents?

The answer is, who knows? It depends on a number of factors, all made by someone else.

A decent number of fans are allowed in some locations throughout Pennsylvania – we have witnessed it first hand in places this past week.

In other places, we have witnessed almost no fans allowed. In some cases, these places were even grappling with the idea of having all media members attend.

How incredibly different is it?

On Saturday, Karns City had at least 19 non-basketball-playing students watch its boys’ team beat Coudersport in a thriller for the D9 Class 2A title.

Meanwhile, on Thursday, Port Allegany allowed 25 total parents (13 from Port Allegany and 12 from Clarion) to attend a Class 1A girls’ quarterfinal game.

This coming week is no different, and it is causing issues for schools, fans, media, and students.

Not to pick on anyone in particular but an example of how different things are from one area to another can be seen in the District 9 Class 1A boys’ championship game.

Johnsonburg is the higher seed in that game and is hosting Clarion.

Because of the size of its gym, Johnsonburg is struggling with how to handle all of the media requests let alone get any parents in to watch the game. No student section can exist.

But if Clarion was the higher seed, the game would have been played at Clarion High School.

Clarion High School’s gym is bigger than Johnsonburg’s, therefore more parents would be allowed. It would be much easier to accommodate all the media requests and students would most likely be allowed. The same would hold true if it was held at a neutral site with a bigger gym.

That isn’t a criticism of Johnsonburg. It should never have been put on Johnsonburg to have to try to figure out how to run a District 9 event. That is District 9’s responsibility, not Johnsonburg’s. The AD at Johnsonburg, Emily Mitchell, has been nothing but helpful in a stressful situation. But she is limited in what she can do. All because District 9 wouldn’t do its job and run its own event and instead is making Johnsonburg run its event. And District 9 was in this position because it received zero direction from the PIAA’s main office in Mechanicsburg.

Then there is the case of Clearfield and Obama Academy in a subregional game.

The game is currently set for Obama Academy Tuesday. With no fans. Yes, seriously, no fans. It’s insane. If the game was at Clearfield, there would be fans. If it were at Karns City or Moniteau as a neutral site there would be fans. But because it is at a District 8 (Pittsburgh City League) site and the City League hasn’t allowed any fans in the gates all year there are currently no fans allowed.

That almost happened in District 9. It came closer than many realize. And it came with people from the SAME school districts voting in different directions.

District 9 also set a policy where all games had to be played at home sites of the higher seed, which leads to the Johnsonburg situation again.

But they made that same policy during volleyball season and then Clarion – ironically enough – didn’t host the title game even as the No. 1 seed as the Lady Cats game against Elk County Catholic was moved to a neutral site at Kane.

The PIAA made a similar policy about homesites during both football and basketball. But then things changed at the last minute with some PIAA football games being moved to neutral sites – ask Oil City – while others were still played at home sites. And we are seeing evidence of that in the basketball playoffs now as well. Instead of Berlin Brothersvalley hosting Farrell in Class 1A boys, the game will now be played at Windber High School. Yet, Karns City hosts Conemaugh Township in Class 2A (and other schools are also hosting home games).

When every school district, every PIAA district, gets to make its own decisions you don’t have a policy. You have anarchy.

The PIAA is seemingly scared to make a decision so they pass the buck to the PIAA District Committees. In some cases – District 9 is a perfect example – the District Committee is seemingly scared to make a decision (District 9 never could make a decision in the best of times let alone the worst of times so no real surprise there) so it passes the buck to the schools. At the school level, some superintendents want to be the only ones making the decision – this is the reason we were told to call the superintendent to get media approval at at least one school last week. In others, the superintendents bow to whatever the school board wants. In others, they allow the athletic director to make the decision.

Could you imagine a business you work at making decisions like this?

Of course, you couldn’t. Your company would be out of business in about three days.

But this is exactly what the PIAA has done. It has basically absconded from its leadership responsibility. And then, in some cases, so too have District Committees.

The end result is a different policy everywhere you go.

We get it. COVID-19 is and has been a real thing. It has been a difficult thing to deal with. And the arguments on both sides that either want to continue to shut everything down or open everything back up like nothing ever happened aren’t helping.

But this isn’t March 2020 anymore. We have learned to live with COVID-19. We have learned a lot about how to keep it from spreading. In some cases, we have also now been vaccinated and those vaccinations numbers rise every day.

Yet, in the case of some school districts, because there is no direction coming from the top, you would think we are still stuck in March 2020 instead of March 2021.

There is little evidence that it did anything to stop the spread of COVID-19 – COVID-19 spread even though we shut down sports and schools – but it robbed student-athletes of a chance to play for a championship.

From the governor’s office to the state legislature to the PIAA to the PIAA District-level to the school districts themselves, everyone believes something different should be done.

Again, that is insane.

When everyone does something different, then no one is actually doing anything and you have anarchy.

Editor’s note: The original information given to D9and10Sports.com had Brookville AD Dave Osborne voting to allow fans but upon clarification, Osborne tried by proxy to vote for fans to be allowed but his vote wasn’t taken because he had to leave the meeting. John Stoughton, the AD at Moniteau, was the ninth vote to allow fans.