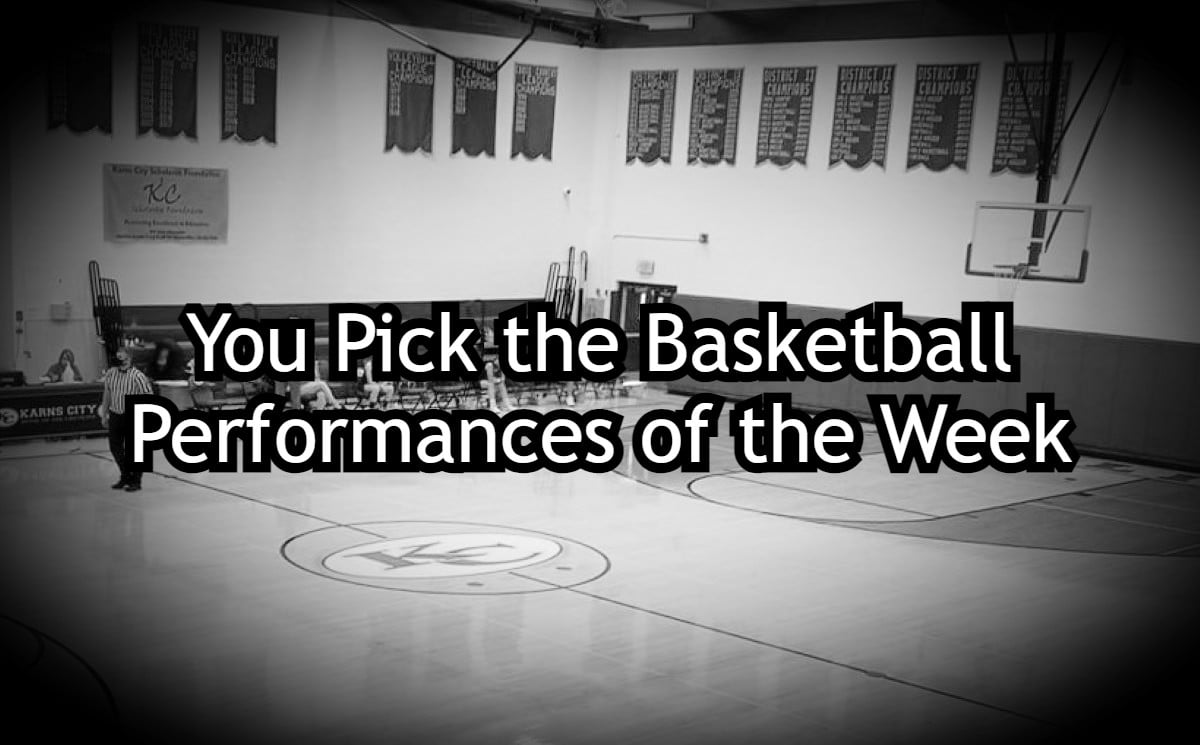 Tyler Hepinger – Sheffield: Had a ridiculous 37 point and 15 rebounds double-double in a 61-54 victory over Iroquois on Feb. 24
Hayden Keck – Coudersport: Scored 27 points, grabbed eight rebounds, and added five steals in a 69-53 victory against Bradford on Feb. 24
Alec Srock – DuBois Central Catholic: Had a massive 31 point, 14 rebound, and five block game in a 69-55 win over Harmony on Feb. 23
Harrison Starr – DuBois Central Catholic: Made SportsCenter’s Top 10 Plays of the Night (#2) with his 55- foot game-winning buzzer-beater against Clarion on Feb. 25
Nathan Waltman – Karns City: Had 32 points and eight rebounds in a 48 point blowout win over Forest Area on Feb. 26

Bree Garzel – Port Allegany: Had a ridiculous 41 point (21-30 from the foul line) and nine-rebound performance while capturing her 1,000th career point in a 56-47 victory over Kane on Feb. 27
Hannah Lary – Bradford: Scored 29 points in a 63-53 win over Johnsonburg on Feb. 24
Dominika Logue – Union: Scored 28 points in a 51-16 blowout win over Venango Catholic on Feb. 26
Kaci Stelene – Johnsonburg: Had an impressive 22 point and 13 rebound double-double in a 63-53 defeat against Bradford on Feb. 24
Sarah Weaver – Punxsutawney: Scored 17 points, added 10 rebounds, had two assists, and stole the ball seven times in a 54-24 victory over Clearfield on Feb. 23

Aniyah Anderson – Hickory: Had an impressive 20 point and 12 rebound double-double in a close 39-32 victory over Oil City on Feb. 22
Camden Bashor – Franklin: Put in a dominating performance against Meadville with 25 points and 16 rebounds in a 48-35 win on Feb. 25
Delaney Chase – Eisenhower: Produced a defensive double-double with 17 points and 12 steals in a 35-31 win over Sheffield on Feb. 26
Jaidah Rosario – Greenville: Scored 23 points in a close 58-53 win over Cochranton on Feb. 22
Emma Ruhlman – Warren: Scored 18 points and grabbed eight rebounds in a 52-25 win over General Mclane on Feb. 22