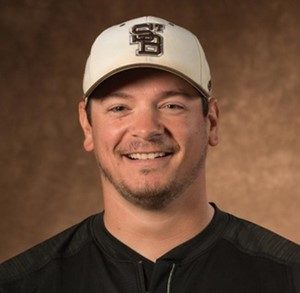 Sudbrook is the winningest head coach in any sports in school history, serving as head coach since 1985 with 725 career wins.

“It has been the greatest honor of my life to coach at St. Bonaventure University,” Sudbrook said. “I’m unbelievably lucky to have a job that I’ve loved and to love coming to work every day. I’ve always coached with an edge and I’ve expected my players to play with an edge. When you lose that edge you want to do what is best for the program and make sure that the guys have a chance to play for someone who also has that edge. I felt that now is the right time to move on. This is Coach Salerno’s ninth year with the program and he is the best hire I’ve ever made. He is more than ready to take over and be a head coach. He will not miss a beat in keeping the program going in the right direction.”

Salerno joined Sudbrook’s staff after a successful playing career for the Bonnies. As a starting catcher, Salerno helped lead the Bonnies to the A-10 Tournament three consecutive years (2006-2008). He was also a part of the 2006 Atlantic 10 Tournament runner-up team. Salerno started 152 consecutive games behind the plate and was a senior co-captain.

The school announced a national search will begin to name Sudbrook’s full-time successor.

Penn State DuBois’ Gregory, DuBois Grad, Named PSUAC Specialty Player of the Week
Saegertown Grad Peters Named PSAC Golfer of the Week for Mercyhurst
We use cookies on our website to give you the most relevant experience by remembering your preferences and repeat visits. By clicking “Accept All”, you consent to the use of ALL the cookies. However, you may visit "Cookie Settings" to provide a controlled consent.
Cookie SettingsAccept All
Manage consent