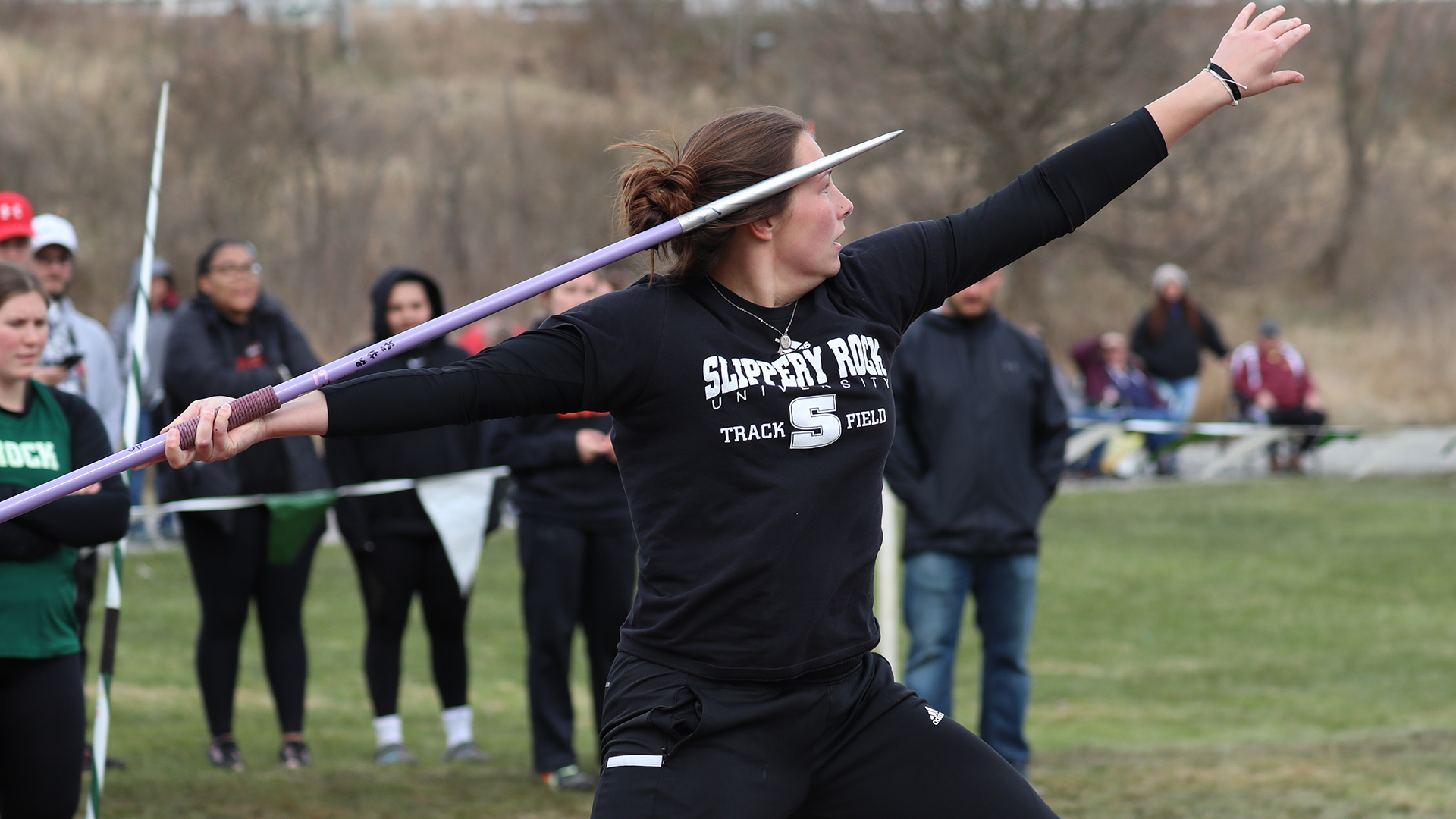 LOCK HAVEN, Pa. – A trio of District 9 alumni earned Player of the Week honors in their respective conferences in track and field and baseball.

Clark won the javelin at the St. Francis Red Flash Open with an NCAA provisional mark of 47.31 meters, which would rank top five in Division if it weren’t her season-best of 49.55 meters, which currently ranks No. 2 in Division II. Her winning effort of 47.31 meters is more than 3.5 meters further than the second-best mark in the Atlantic Region this spring (44.11m).

Anderson won the javelin at the St. Francis Red Flash Open with a career-best throw of 66.85 meters (219′ 4″), which is the best in the PSAC this spring, and vaulted him all the way up to No. 5 on the Division II national list.

In one game started this week, Boland had a huge win in the first round of the PSUAC playoff tournament as he went 5 1/3 innings to pick up the win for Penn State DuBois. Boland struck out three batters and gave up no walks or runs against the #4 team in the USCAA. Boland’s performance started off a shutout of Mont Alto that would continue to the next 2 pitchers as DuBois would win, 4-0. Boland currently sits at 7-0 on the year.