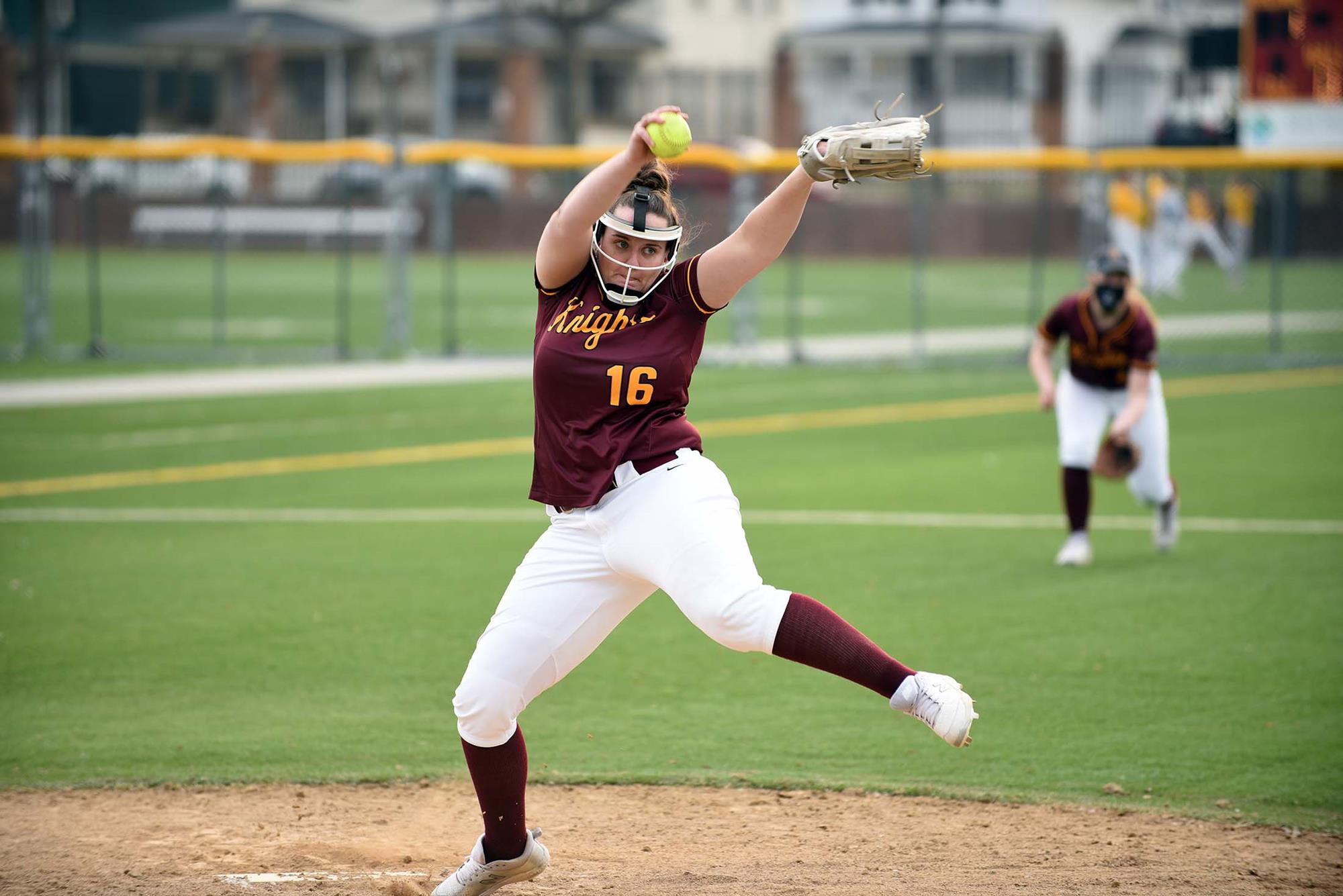 In addition, West Middlesex graduate Alyssa Nehlen was named second-team shortstop for Shippensburg in the East.

The DeMatteis’ are now three-time honorees.

Kristina DeMatteis was the first-team selection at third base after being named to the first team as a catcher a year ago. The graduate student from Boyers, Pa. was also an All-PSAC honoree in 2019. She led the Golden Knights in virtually every offensive category including batting average (.371), runs (23), hits (43), RBIs (25), doubles (10), and home runs (6). She added 9 stolen bases in 10 attempts, good for second on the team. She also made just two errors in 133 chances, a .985 fielding percentage while mainly playing the hot corner but also seeing time at shortstop and catcher.

Kennedy DeMatteis etched her name among the pitching greats at Gannon. She was a first-team All-PSAC West selection a year ago and also earned all-conference honors in 2019. The graduate student from Boyers, Pa. ended the year with a 9-9 record with a 2.40 ERA. She appeared in 20 games, all starts, with 13 complete games and a pair of shutouts. DeMatteis threw a team-high 122.2 innings, allowing 90 hits and 72 walks with a team-high 98 strikeouts. She threw six no-hit innings a in PSAC playoff win over Cal, plus a one-hitter and two-hitters.

Hindman is also no stranger to postseason awards either, last season she was a first-team selection. The senior from Harrisville, Pa. hit .326 this season for the Lakers while being one of three Lakers to start in every game this season. She hit three home runs this season and drove in 27 runs. In the field, she has notched 115 assists at the hot corner while having a .957 fielding percentage.

Nehlen has a .298 batting average with three doubles, one triple, and 23 RBIs. She is ranked fourth in the PSAC for hit by pitch (nine) while drawing 15 walks. Nehlen also has a .400 on-base percentage.

Trio of District 9 Alumni Earn Weekly Conference Honors
Pair of D10 Alums Earn PSAC West All-Conference Baseball Honors
This website or its third-party tools process personal data.In case of sale of your personal information, you may opt out by using the link Do not sell my personal information.
×
Manage consent