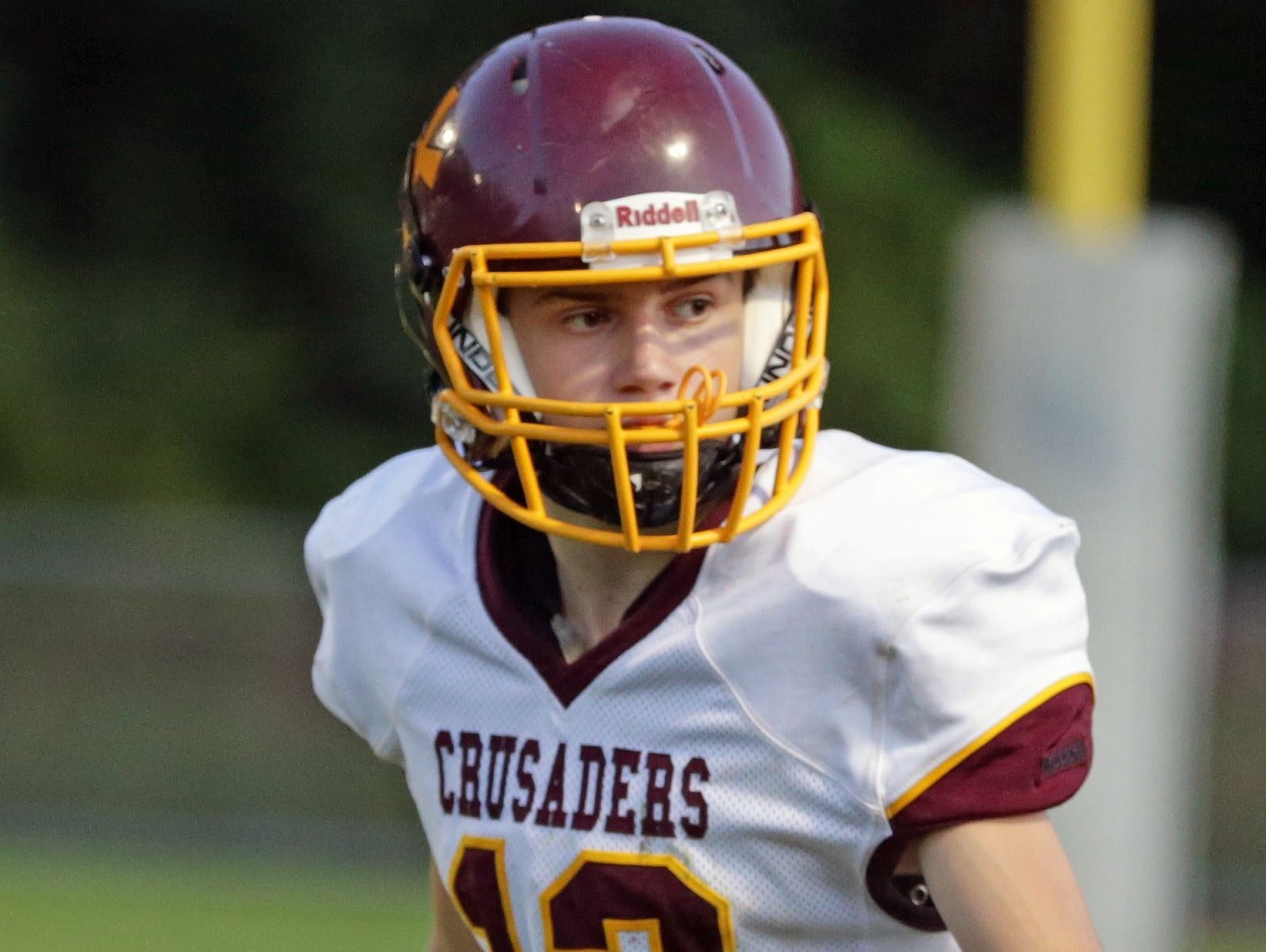 The Crusaders are 1-2, coming off two straight losses to the IU9 Bubble Class 1A front-runners Smethport and Coudersport, losing to the Falcons, 39-20 last week. Port Allegany, meanwhile, searches for its first win. The Gators are also 0-3, losing 49-8 to Smethport last week.

Against Coudersport, the Crusaders found themselves in a 24-0 hole after the first quarter, then got it back to 32-14 by halftime. However, they couldn’t stop the Falcons who racked up 415 yards of offense led by quarterback Hayden Keck’s three touchdown runs and a TD pass.

ECC did move the ball with Sam Kaul running for 168 yards on 17 carries and two TDs, one of them a pass from quarterback Mason McAllister. Nick Crisp also ran for 86 yards on 23 carries with a second-half touchdown.

For the season, Kaul and Crisp have accounted for much of the team’s offense. Kaul has rushed for 406 yards on 35 carries while Crisp weighs in with 209 yards on 57 carries.

While the Crusaders gave up 39 points in two straight losses to the best two teams the past two weeks after opening with a 32-6 win over Cameron County, Port Allegany has struggled to stop teams as well, losing 60-6 to Coudersport while dropping a 40-30 shootout to Otto-Eldred in Week 2.

Watch ECC vs. Port Allegany Football on the River 98.9 FM
You Pick The Winner of Select Football Games in Week Five
We use cookies on our website to give you the most relevant experience by remembering your preferences and repeat visits. By clicking “Accept All”, you consent to the use of ALL the cookies. However, you may visit "Cookie Settings" to provide a controlled consent.
Cookie SettingsAccept All
Manage consent